Let's Start The Weekend With Some Autographs 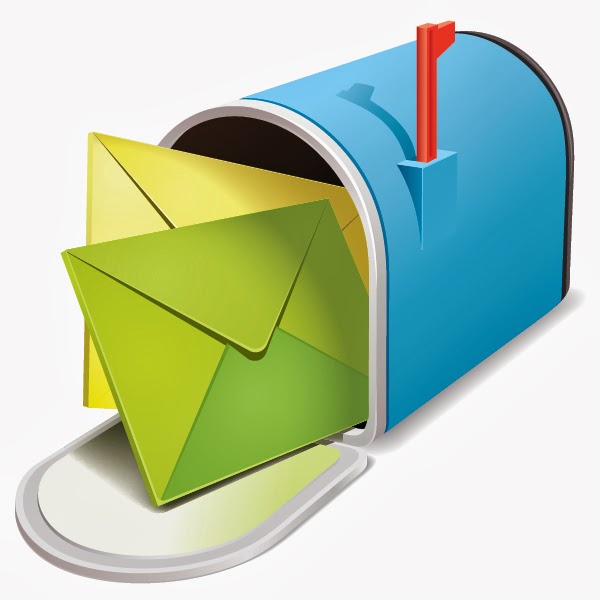 I'm the kind of TTM autograph collector that will only write letters a few times a year. In other words, I will only write when the mood strikes me, which is usually never. But every now and then I will fire off about 20 letters over the course of a few weeks and send them off to various athletes, actors and comic book artists. Today, the fruits of my labor has arrived in the form of 4 successful returns.

I've been wanting to build my Islanders autograph collection, so I sent off to former players and received these 3 successes today: Doug Crossman was a defenseman who played 14 years in the NHL for teams such as the Chicago Blackhawks, Philadelphia Flyers, Los Angeles Kings, Hartford Whalers and My New York Islanders. In fact, his best offensive season came as an Islander when he scored 15 goals, had 44 assists for a total of 59 points during the 1989-90 season. Mr. Crossman signed my 1990-91 Pro Set card and Islanders custom card in about 10 days. 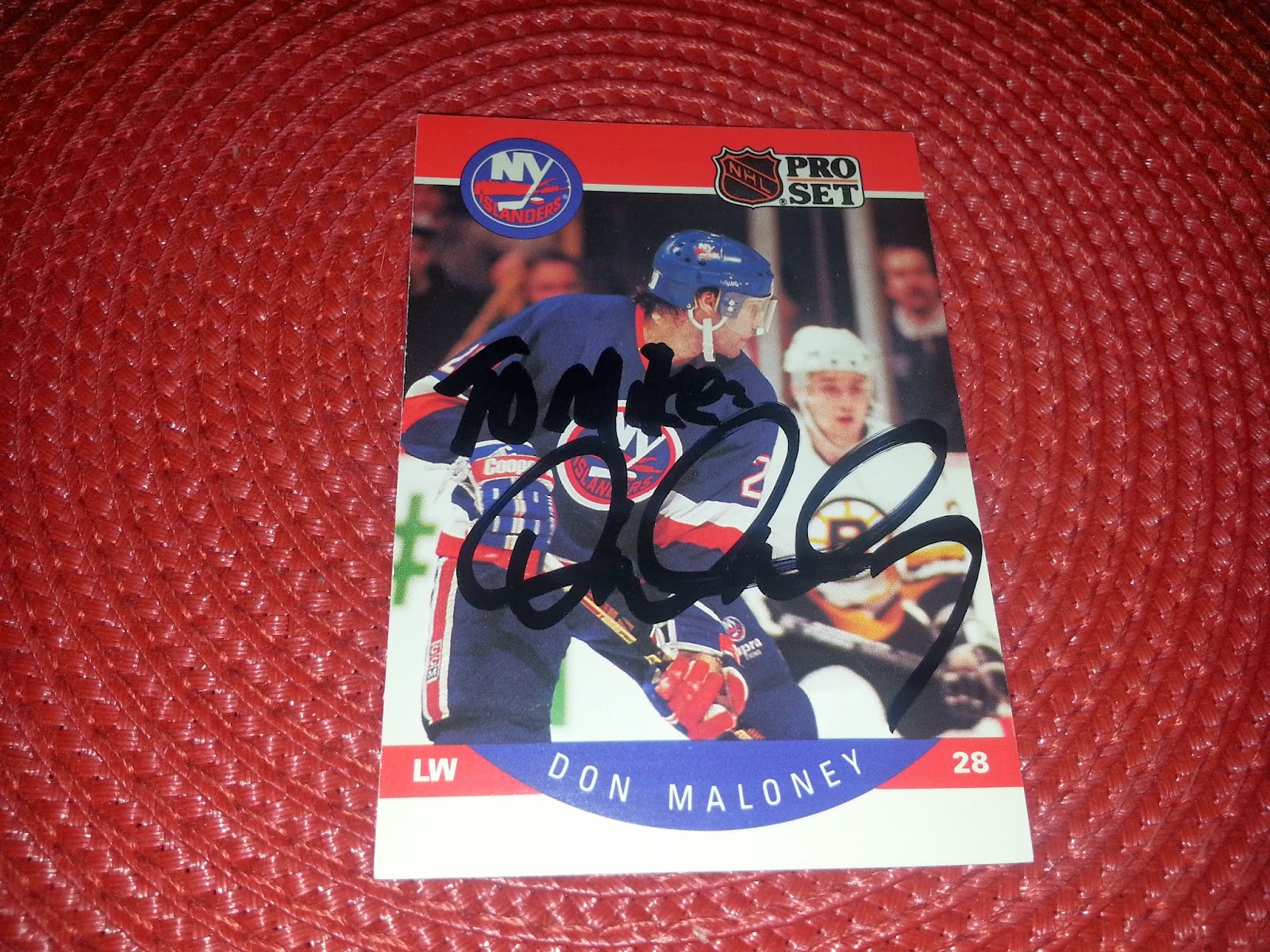 The current GM of the Phoenix Coyotes is best remembered for his days as a New York Rangers (or Rags as I like to call them). But yes, the left winger played 2 seasons on the island after a season in Hartford. He had a decent season during the 1989-90 season, scoring 16 goals with 27 assists. He was named Islanders GM after his retirement, which wasn't a successful time for Mr. Maloney. He traded Pierre Turgeon to Montreal for Kurt Muller, a player who never wanted to be here and make it known of that by playing like it. That trade summed up Maloney's time as GM of the Islanders. But since I want to collect as many Islander autographs as I can, I needed Maloney's and he was nice enough to sign my 1990-91 Pro Set card, but not my Islanders custom. I sent the request c/o the Coyotes. 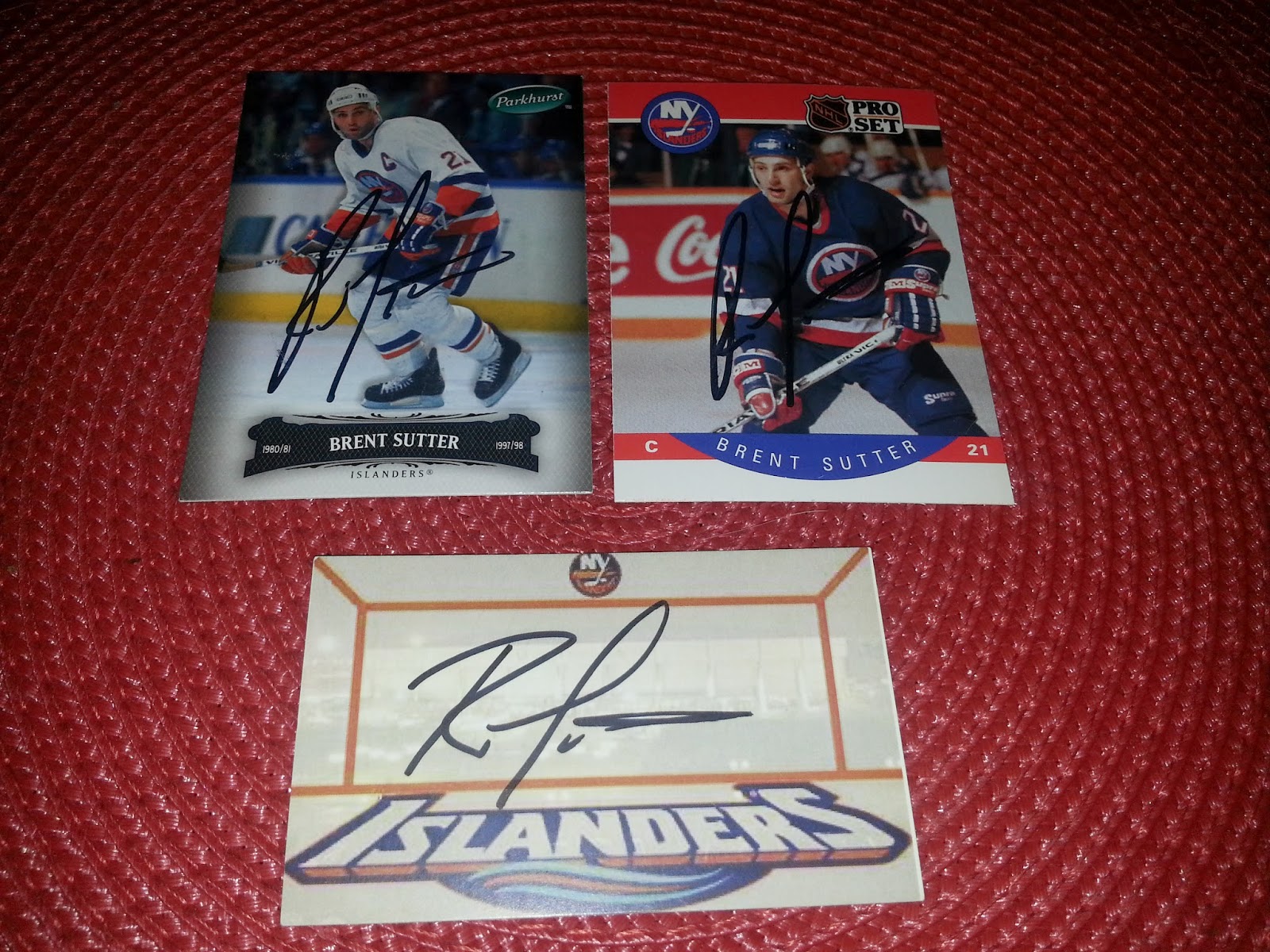 I was very happy to get Brent Sutter to sign these for me. Brent is a former Islanders Captain and a member of two Stanley Cup Islander teams and was also an All Star. He played over 1,000 games with both the Islanders and Blackhawks. He also the head coach of the New Jersey Devils, leading them to a division title then coached the Calgary Flames. I sent this request c/o the Red Deer Rebels, a hockey club he owns. He was nice enough to sign my 1990-90 Pro Set, 2006-07 Parkhurst and Islander custom. 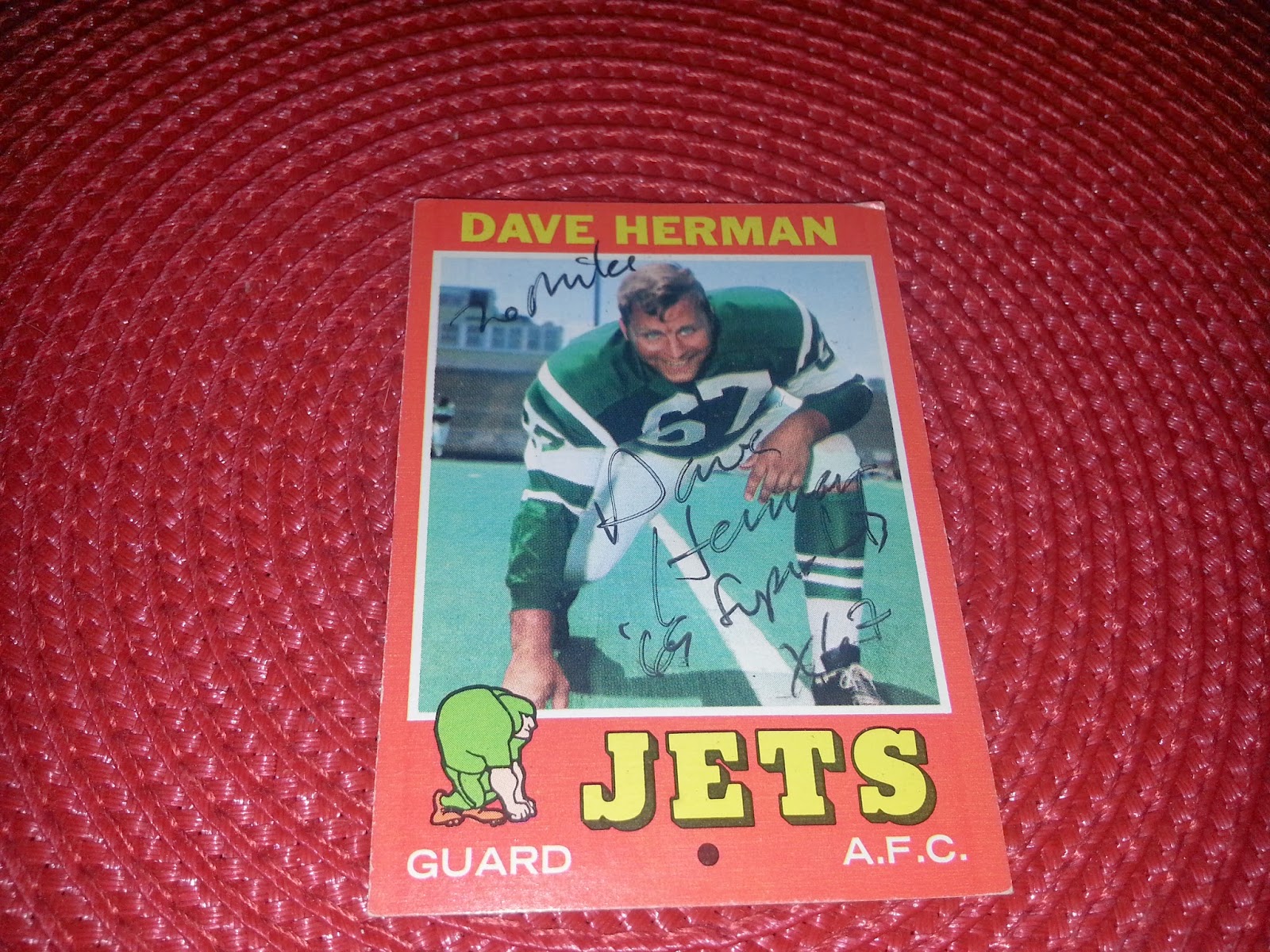 To finish off the TTM's for today, I got former NY Jets Dave Herman. He played for the Jets from 1964 to 1973. He was a 2 time AFL All Star and was a member of the 1968 Super Bowl team. In fact, he had to block Bubba Smith, who at that time was one of the most feared pass rushers in the game. Herman did a masterful job, enabling Matt Snell to rush for 121 yards as the Jets beat the Baltimore Colts 16-7 in one of sports greatest upsets. Dave signed my 1971 Topps Football card in less than 10 days. 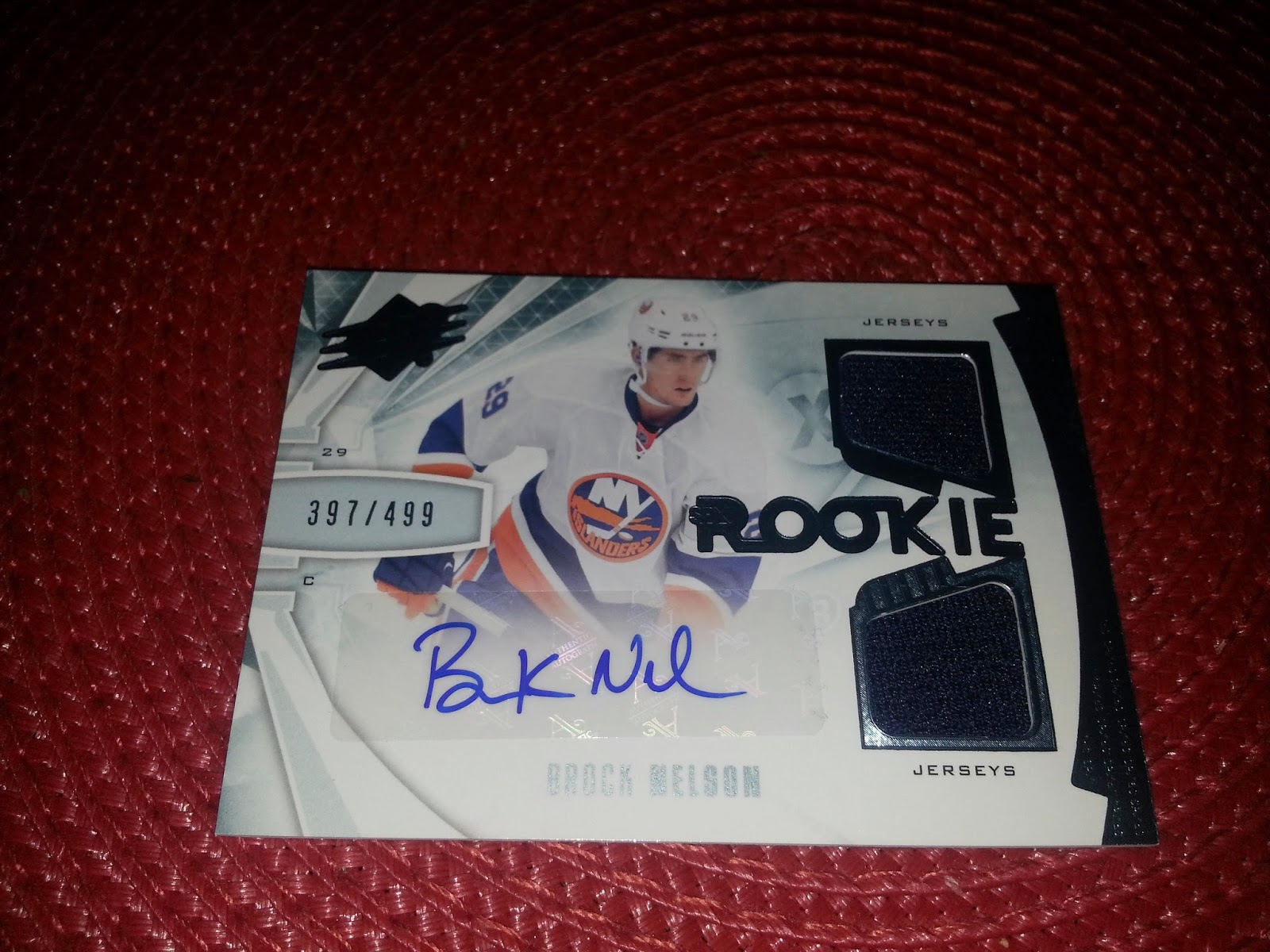 I also got my half of a trade in today. I traded for this 2013-13 Upper Deck NHL SPx Brock Nelson signed dual jersey card #'ed to 499. I really like the way this kid is playing this season and I think he's going to be a steady player for the Islanders. I traded a few inserts for this and I'm thrilled that I am able to add this autograph to my Islanders collection.

I'm very pleased with the haul today. I am hoping that some more TTM requests I sent out come back within the next few days. I the meantime, I will keep writing them until I just don't feel like writing anymore.
Posted by Unknown at 8:07 PM