It's Always Nice To Have An Islanders Mailday 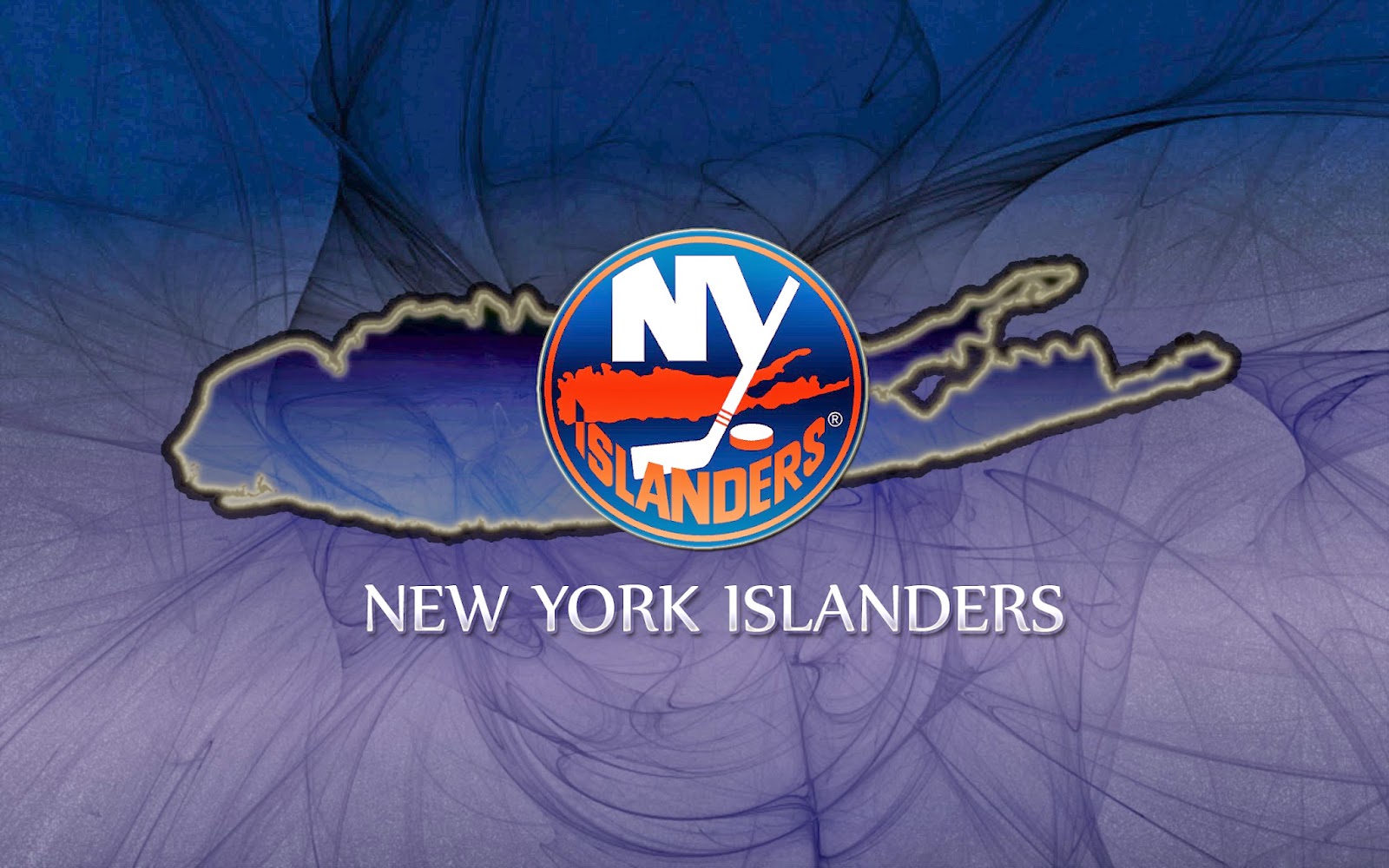 Being an Islanders fan has not been easy this season. The team has not made that next step forward that we Islanders fans thought the team would after taking the Penguins to the limit in the opening round of last years Stanley Cup Playoffs. The team has regressed back to it's losing ways. Kyle Okposo was stupidly passed over for a spot on the US Olympic Team, John Tavares was injured during the Olympics and was done for the season and Garth Snow could not get the equal value for Thomas Vanek at the trade deadline, settling for an unproven prospect and a 5th round draft pick, which could turn into a 2nd rounder if the Canadiens make the playoffs.

But at least I can still get Islanders mail that puts a smile on my face these days.

Yesterday, I got my return on a trade I made with someone on one of the few card collecting forums that I am a part of. I sent over a few Canadien inserts and he sent me this beauty 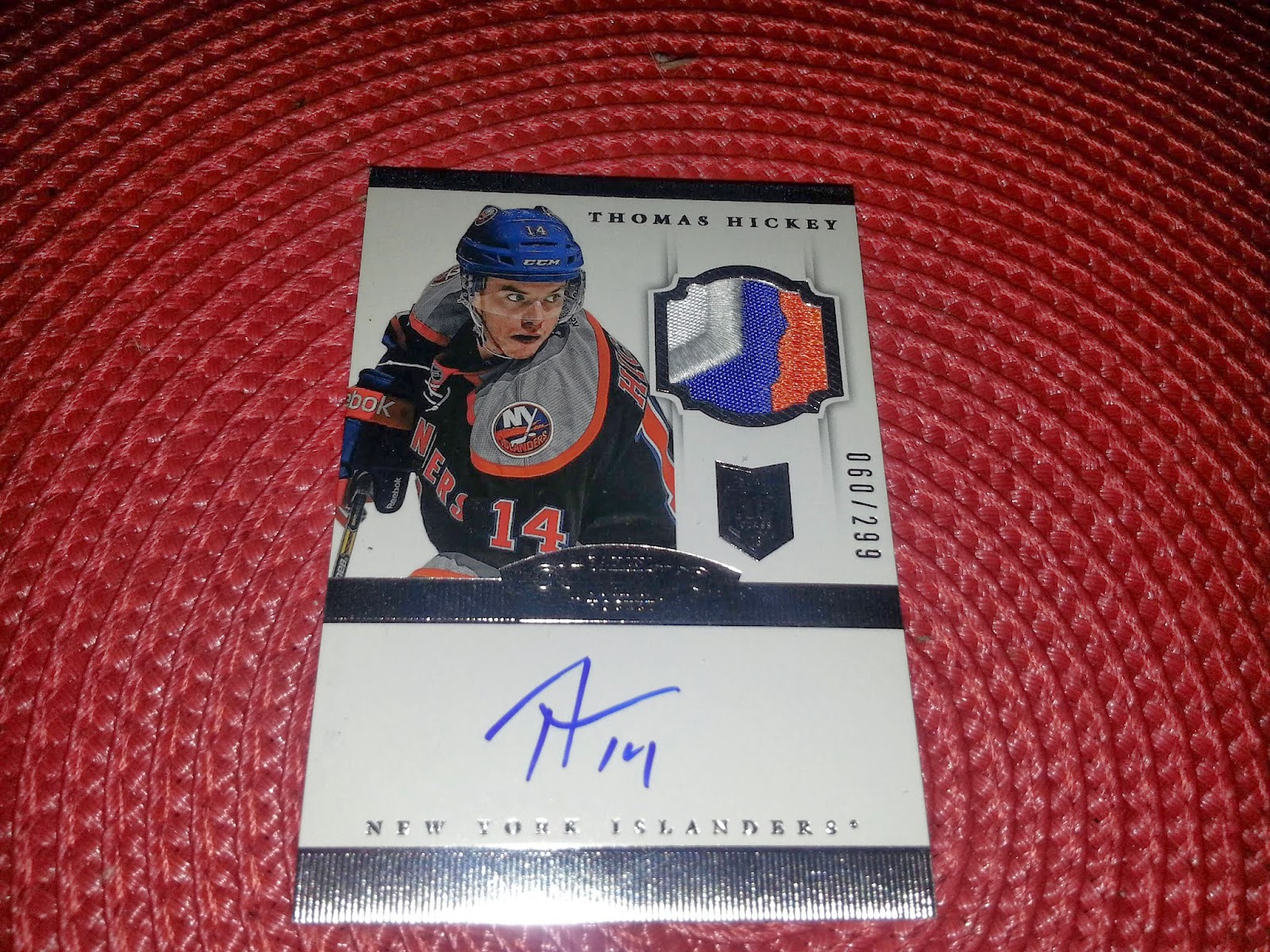 a 2013-24 Panini Dominon Thomas Hickey patch/auto numbered to 299. The patch is event used, but I don't care. It's a gorgeous 3 color patch. The autograph leads a bit to be desired, but I needed a Hickey autograph for the Islanders PC. Hickey is in his first full season in the NHL, but he looks like he could be a serviceable defenseman for the Islanders for years to come.

A couple of weeks ago, I started sending out TTM requests again and yesterday, I got my first one back. Of course, it's an Islander. 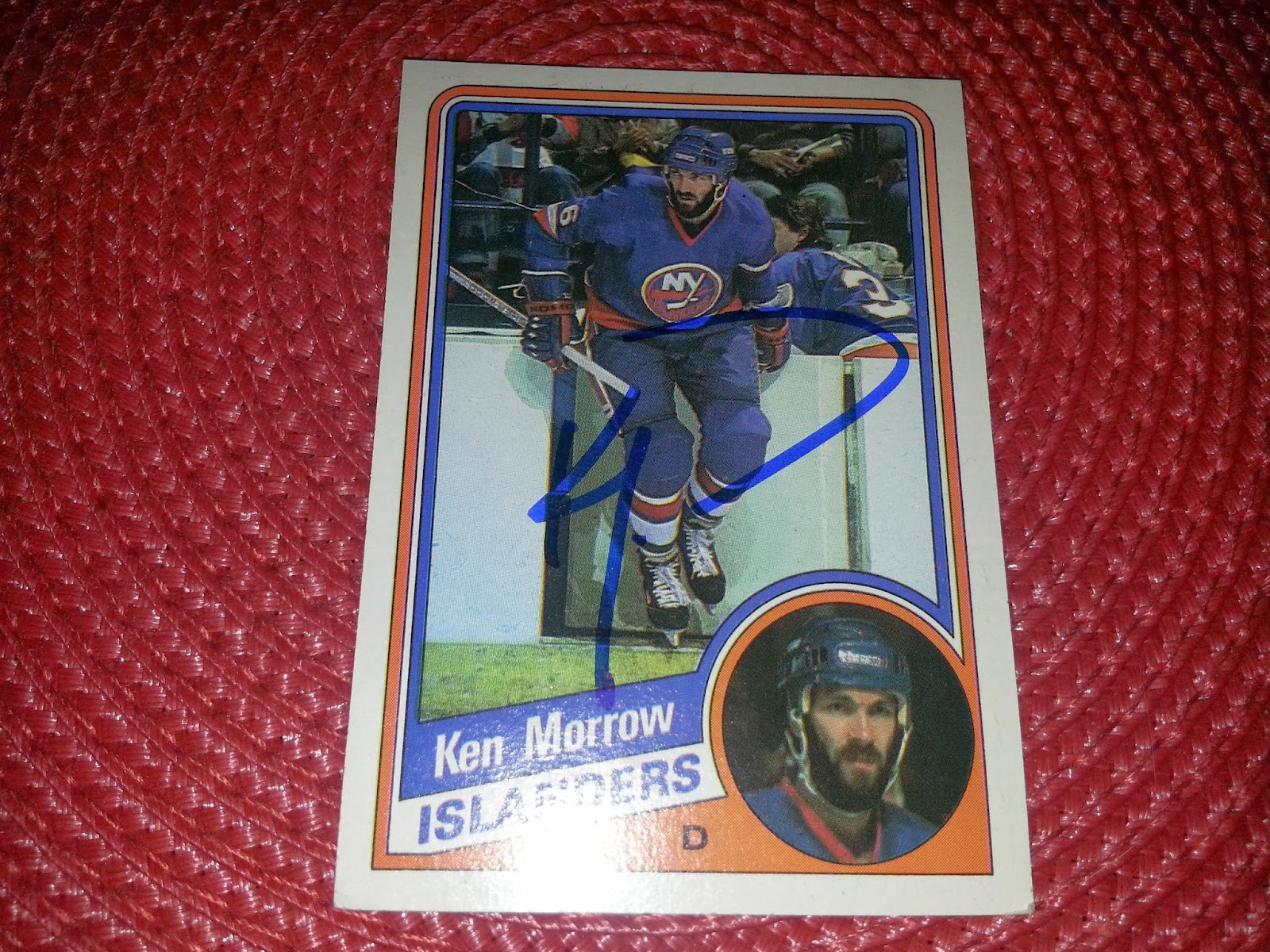 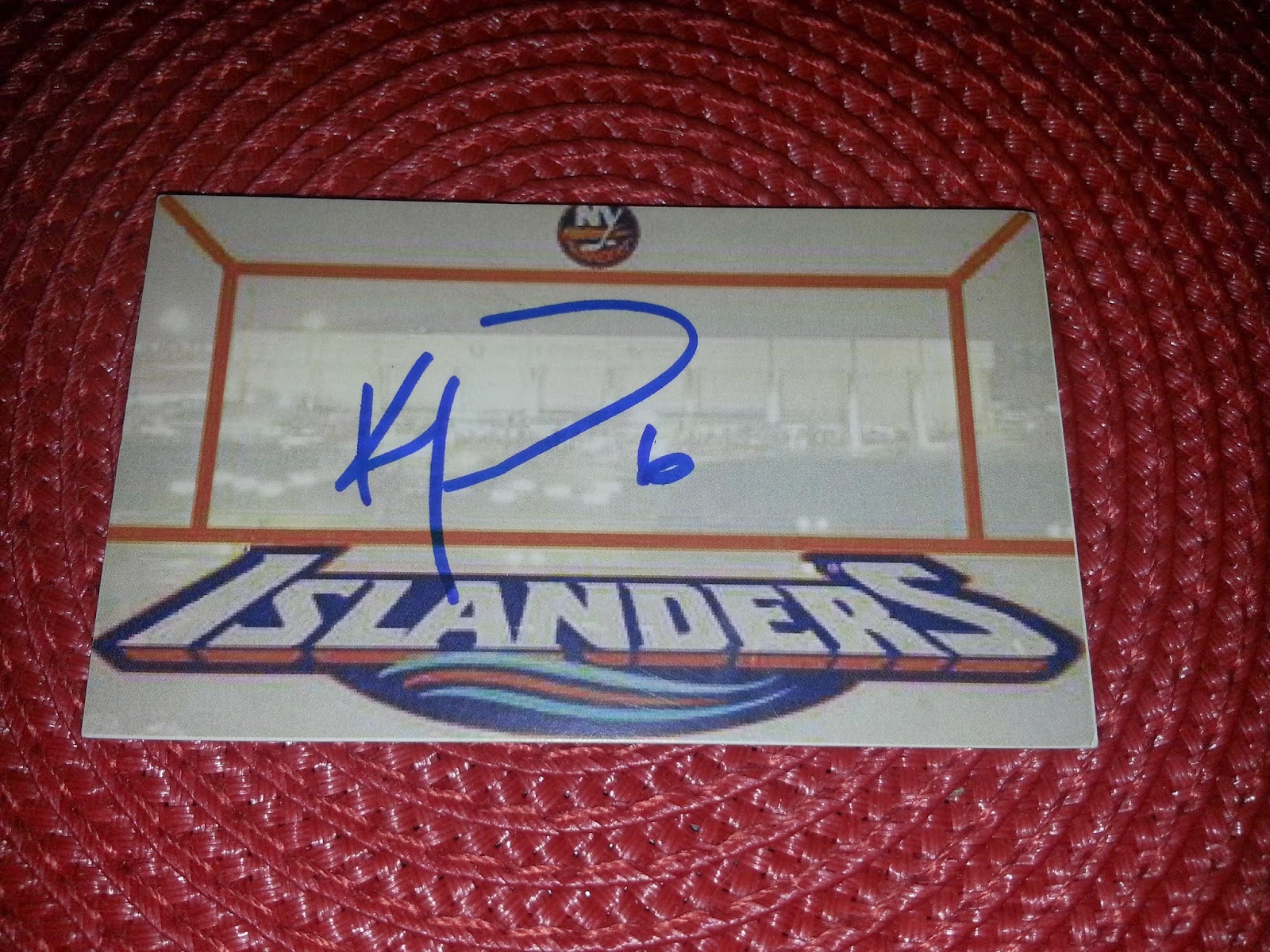 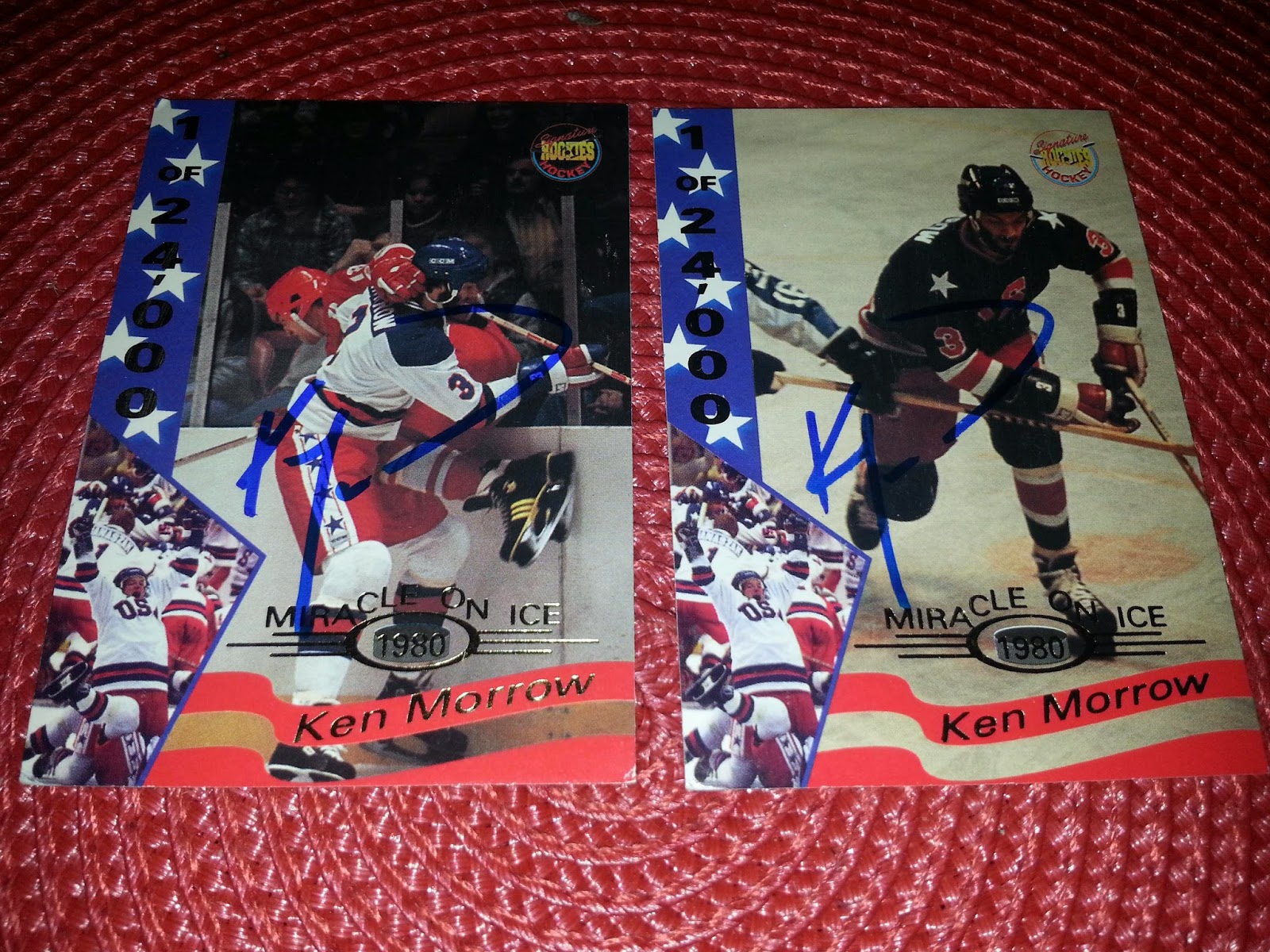 Former Islanders defenseman Ken Morrow signed 4 cards I sent him. This was a great success for me for a couple of reasons. I grew up watching the Islander teams Morrow played on and won 4 Stanley Cups with. I also watched my very first hockey games during the 1980 Olympics and Morrow was a member of that team as well. During those Olympics, he had a goal and 2 assists as well as prevented Soviet goals by diving in front of the net during that famous game.

Morrow signed a 1984-85 Topps card, a custom and 2 Team USA cards for my Team USA project, which currently stands at 3 players who signed for me: Morrow, Jack O'Callahan and Jim Craig. I plan to get a few more requests to members of that team in the upcoming days.

Despite the fact that the Islanders are probably headed for a top 5 pick in this years Draft (Again!), I still get great enjoyment from watching my team. It's a joy that I will probably never get tired of, no matter how many times they have a losing season. When I get a mailday like the one I got yesterday, it only enhances the love I have for this team and hope I am able to continue to add to my Islanders collection.
Posted by Unknown at 7:53 PM