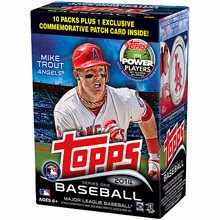 I recently participated in a case break of 2014 Topps Series One with my group of team collectors. I had the Yankees and the Rays. I decided to send the Rays to our Rays collector as well as a set of Yankees as I had gotten triples of each card I got. 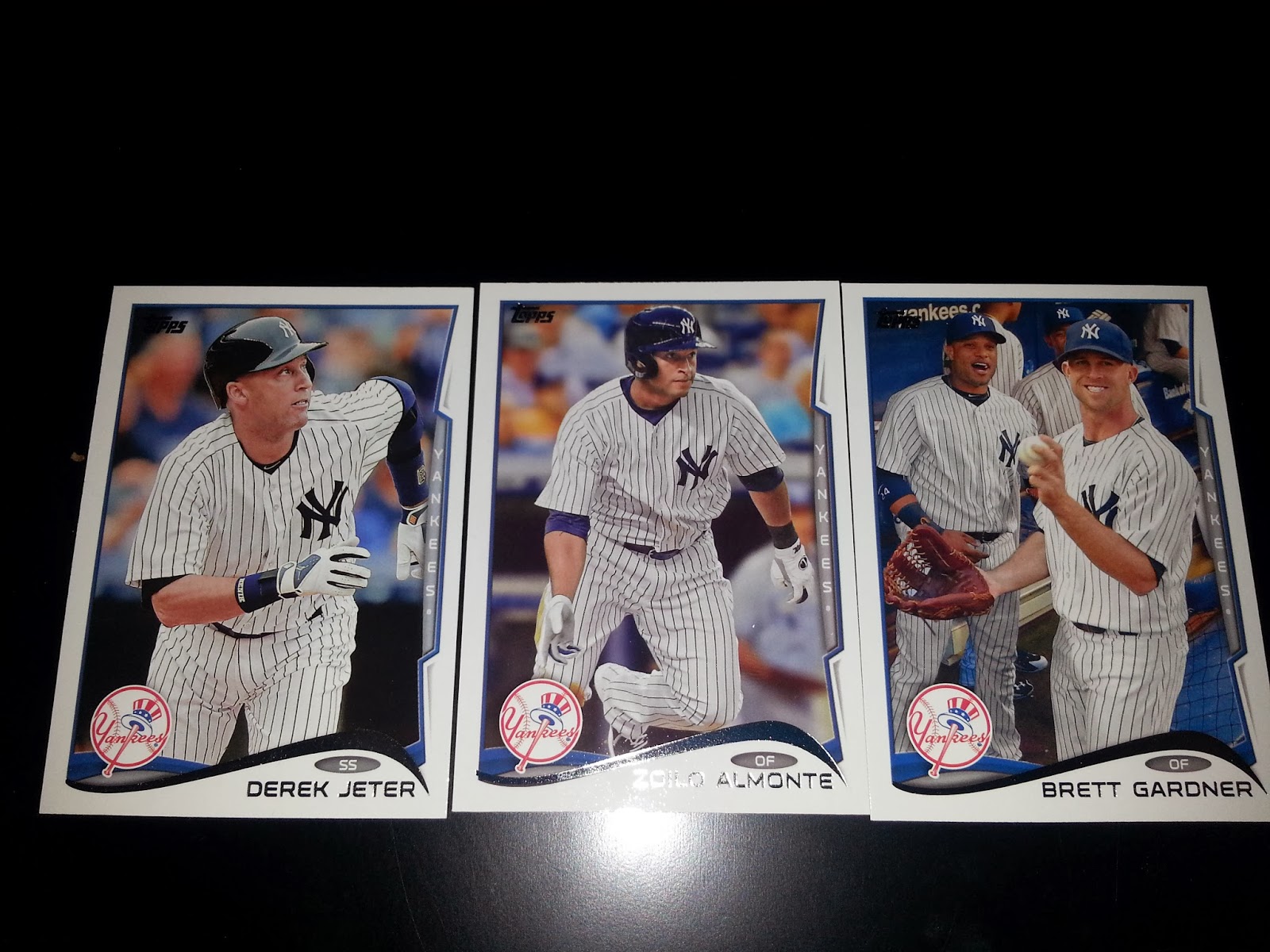 I was pleased to get Jeter since it will be his final season. I know that there will be other Jeter cards made well after he retires, but I will make it a point to enjoy each Jeter pull during his final season as an active player. I've watched Zoilo Almonte since his days with the Staten Island Yankees and also got a Gardner. 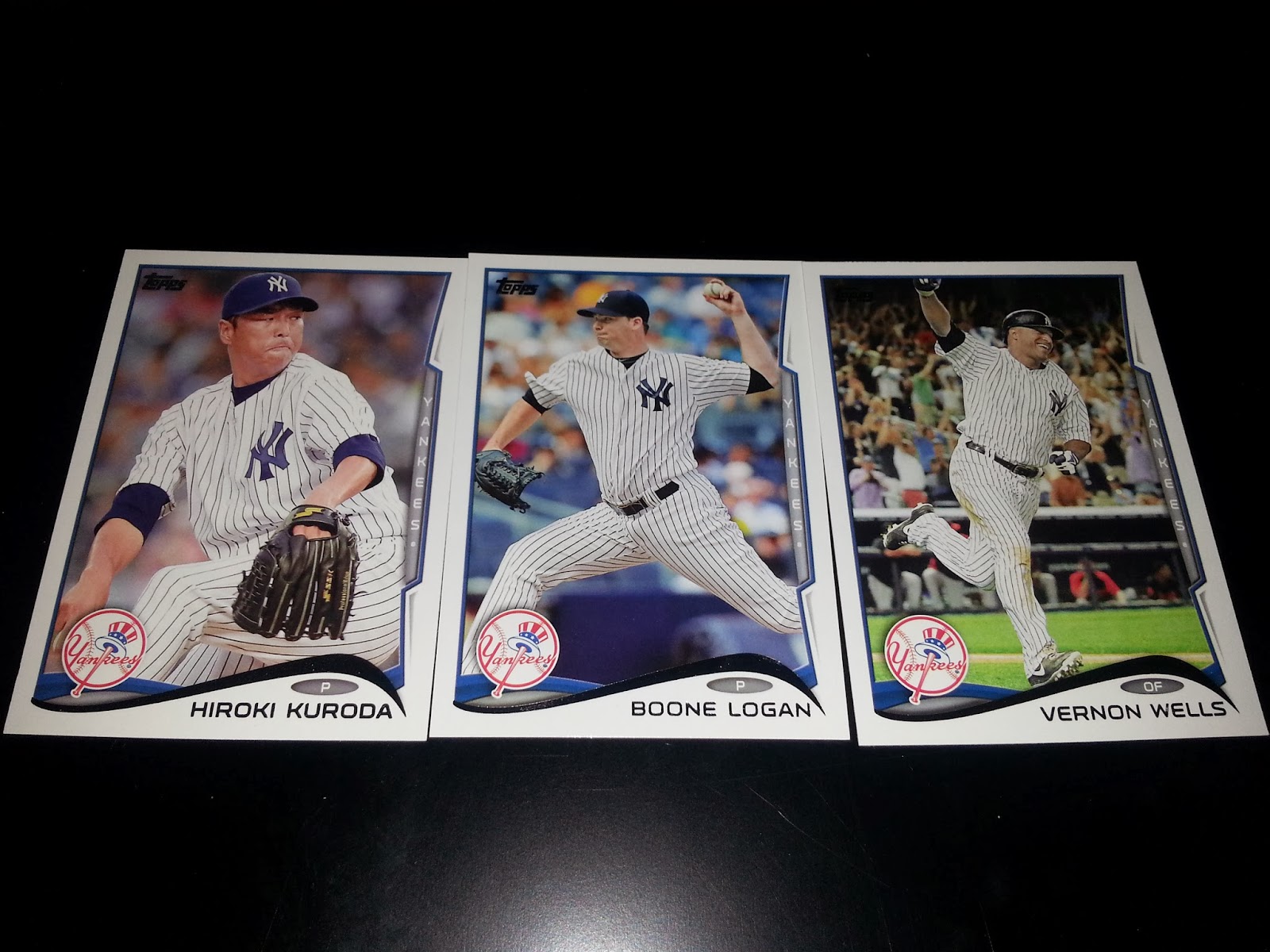 One current Yankee and two former Yankees. Logan's in Colorado and Wells is still available, I think. He played well for the first couple of months of 2013 then teetered off. 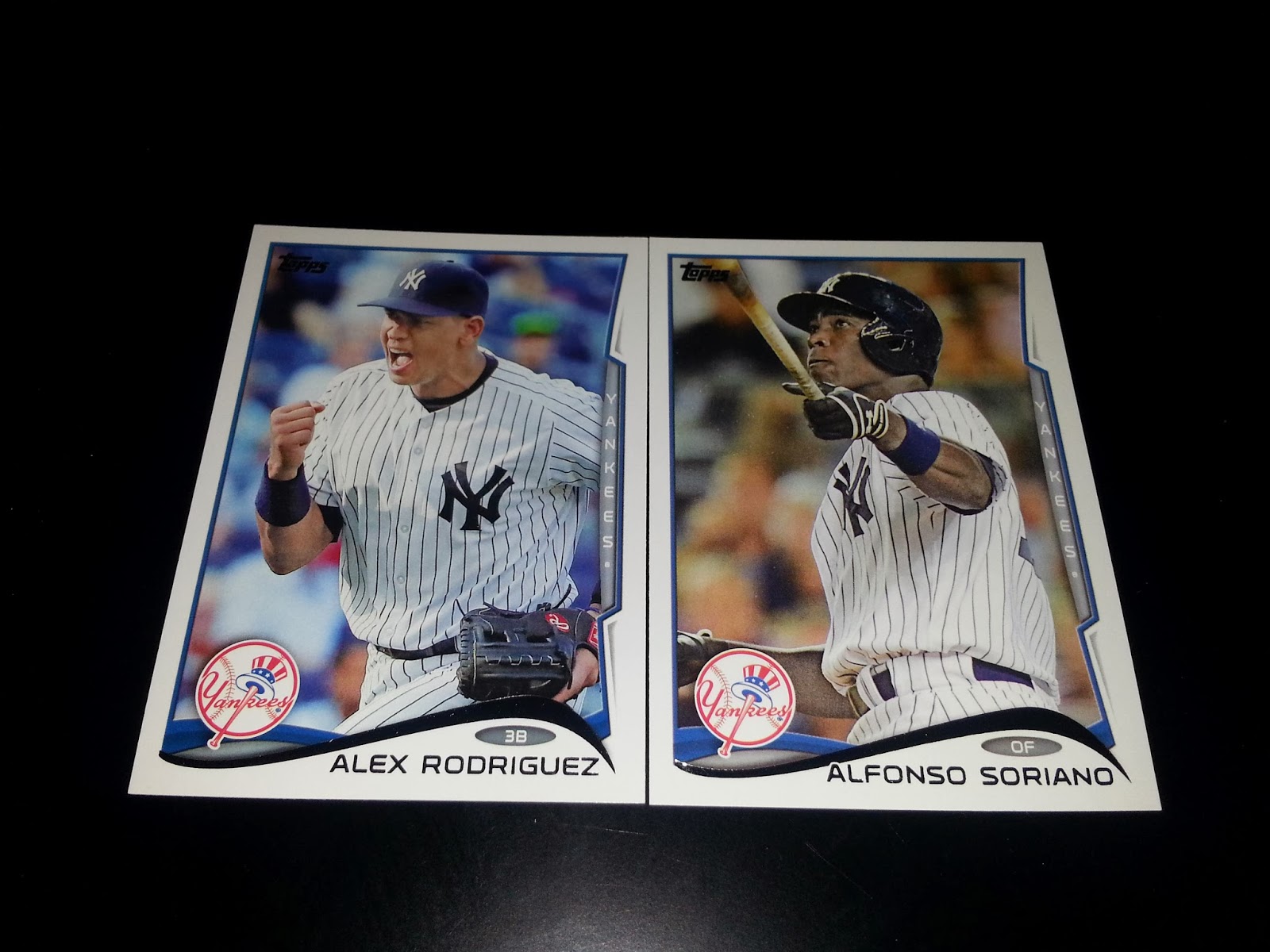 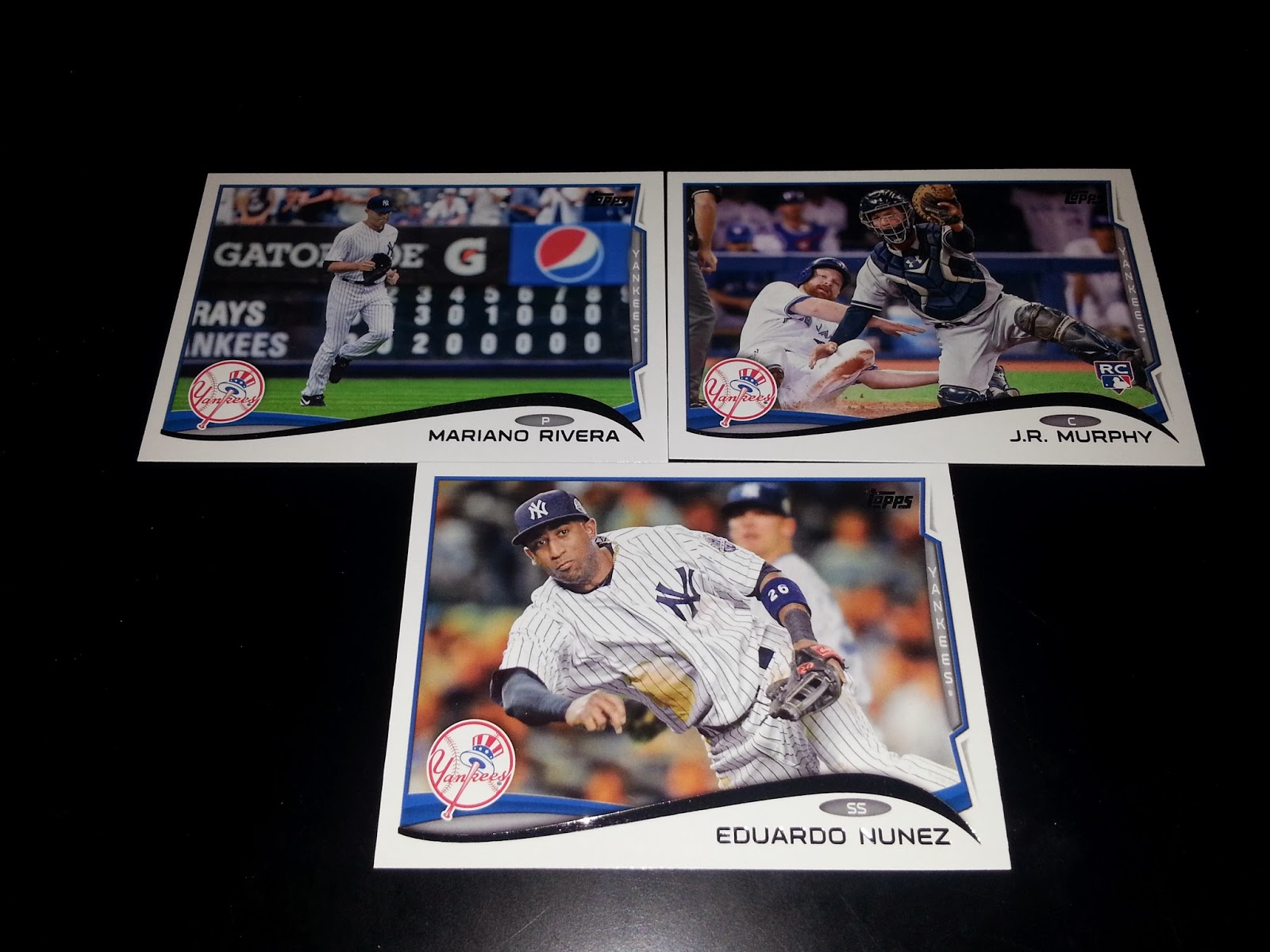 I'm betting that Murphy will start the season in Scranton since the Yankees seem to want Cerveli to back up McCann. I'm not a Cerveli fan, but as long as he is not the starting catcher then I'm fine with it. Just keep the hot dog antics to a minimum. I feel Nunez needs to step it up this season and hit more constantly as well as keep the errors down. I'm seriously going to miss hearing "Enter Sandman" and seeing Rivera come out to save another game. 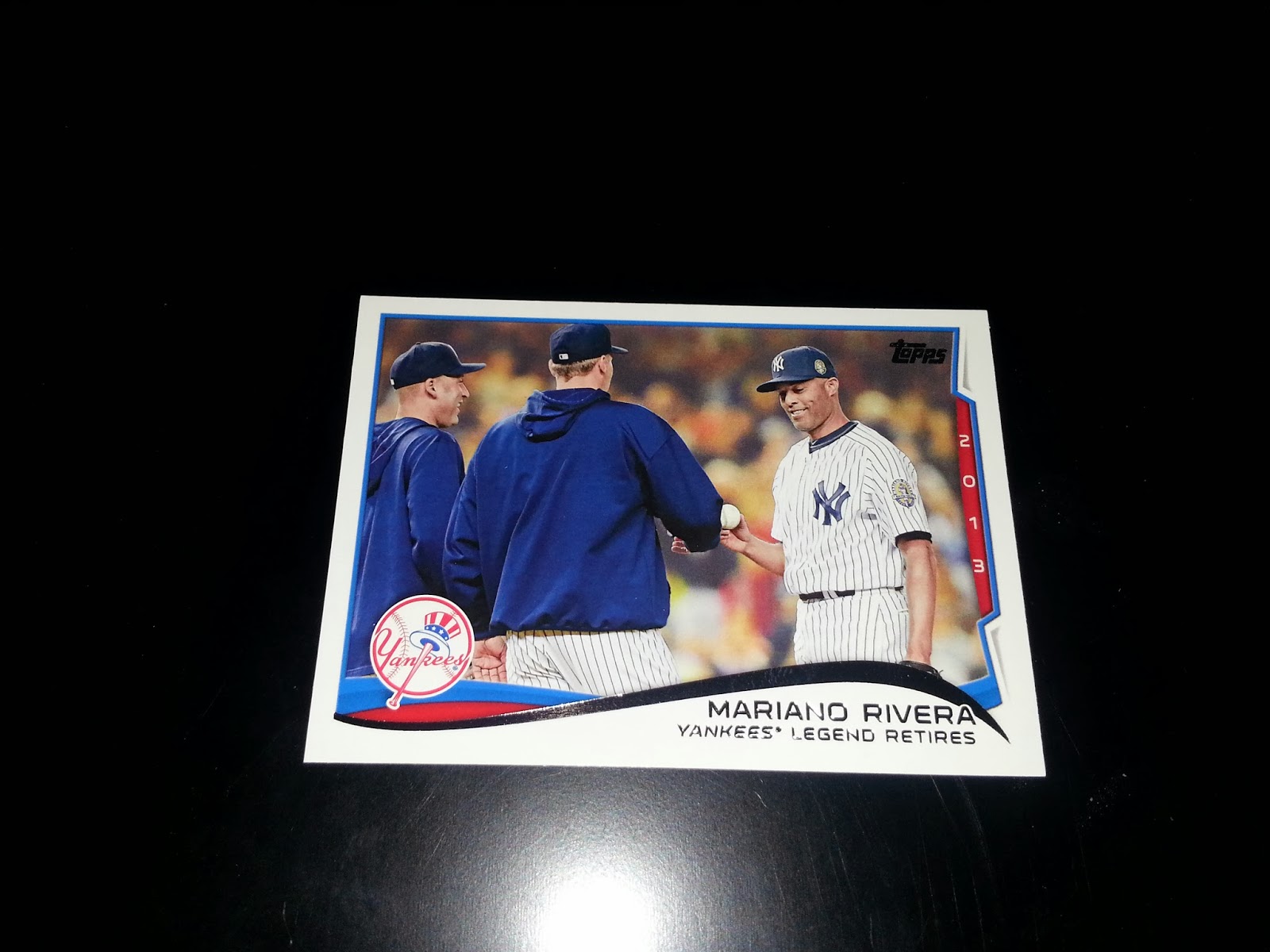 My favorite moment of last season. Watching Jeter and Pettitte come out to get the ball from Mariano and seeing him cry on Pettite's shoulder was very emotional for most Yankees fans, myself included. 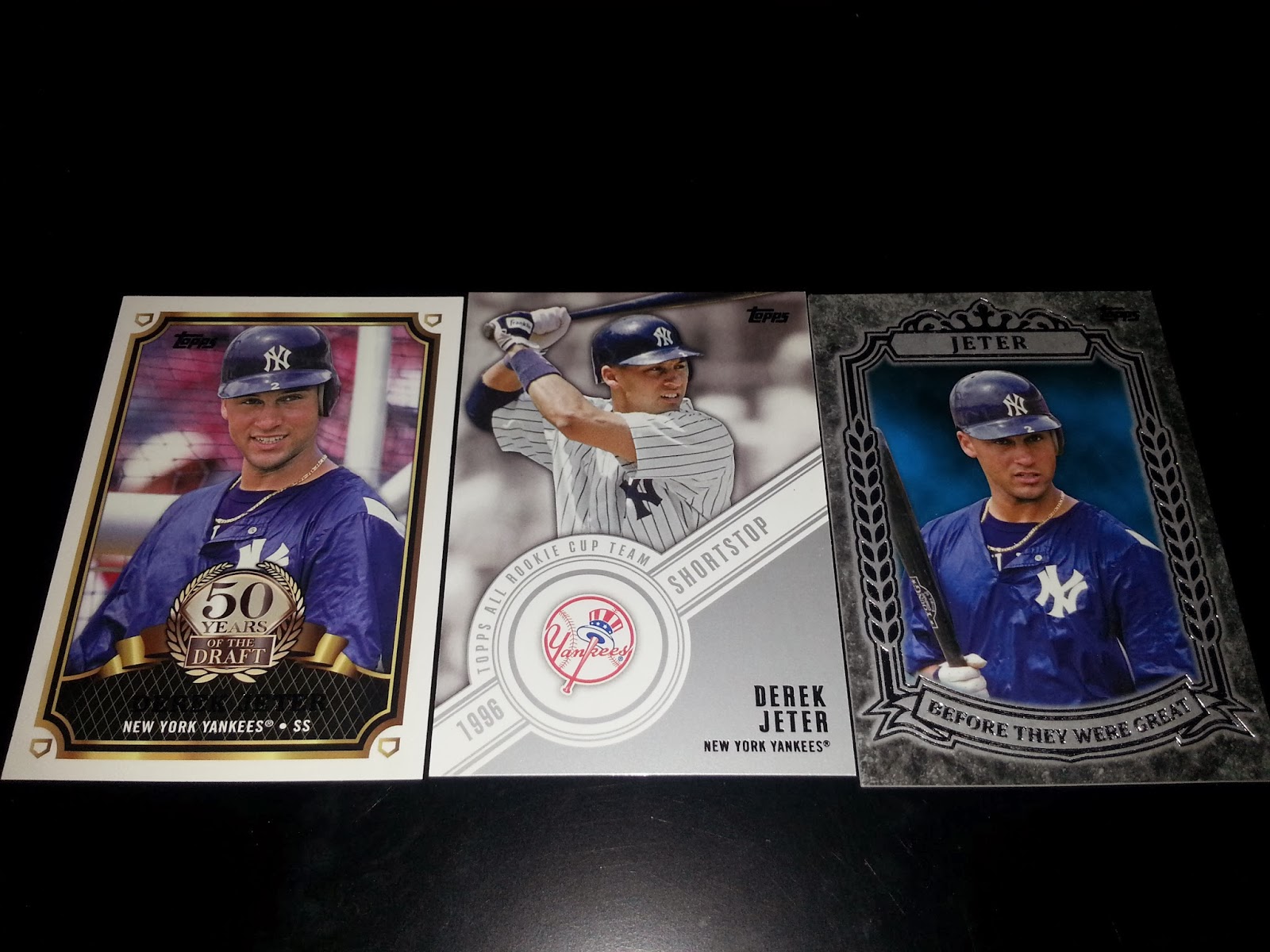 Got some very nice Jeter inserts. I love the look of the "Before They Were Great" cards. 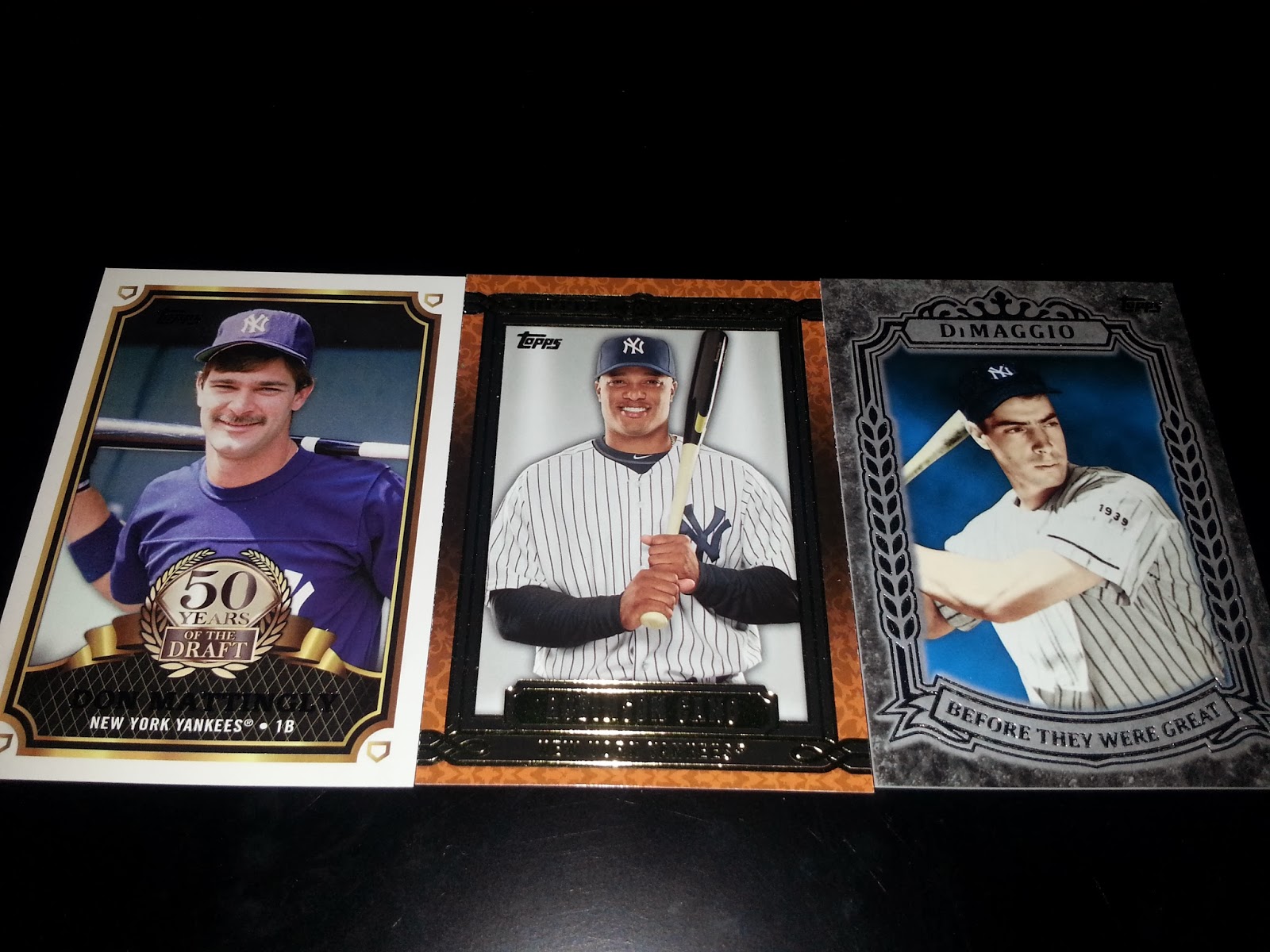 More Yankee inserts of Donnie Baseball, Cano and Joe D. I love the vintage picture of Dimaggo as well as the picture of Mattingly they used for these cards. I watched Mattingly from the very beginning of his career and that is how I remember him. Peppering balls all over the place and making outstanding plays at first. People say Keith Hernandez was the premier first baseman in the 80's, but Mattingly was just as good, in my opinion. 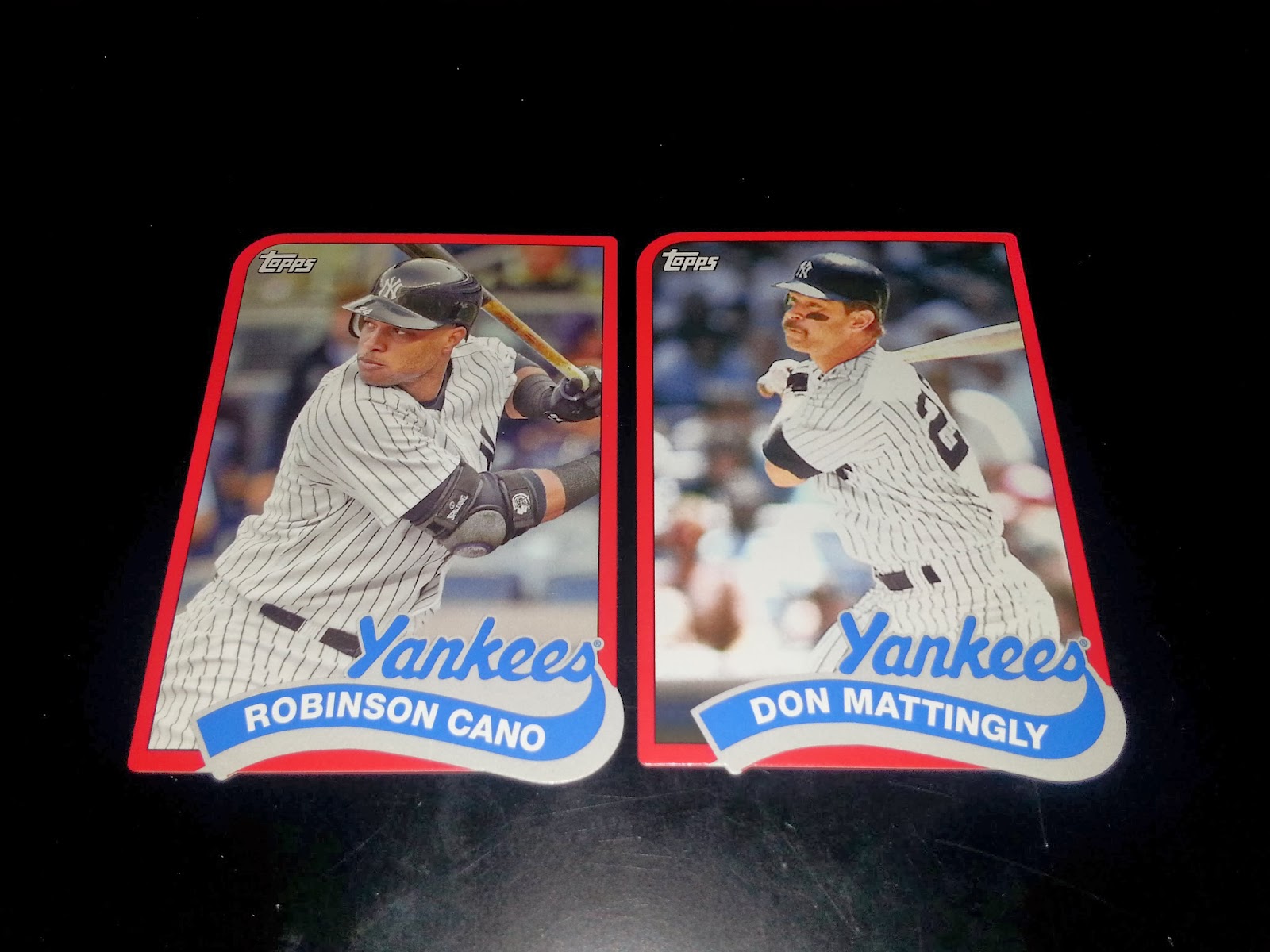 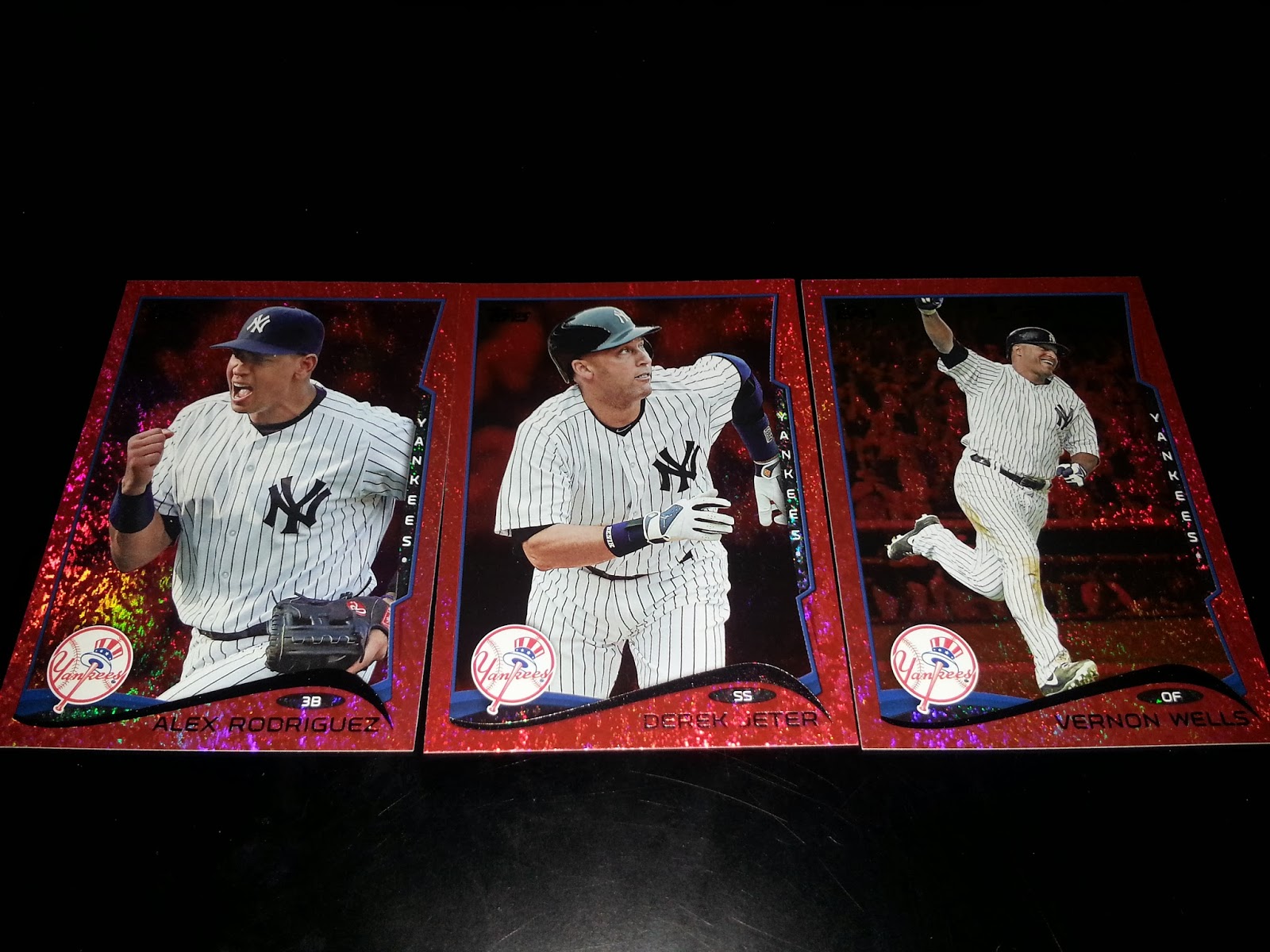 Got Red Hot Foils of A-Rod, Jeter and Wells. These are not numbered. 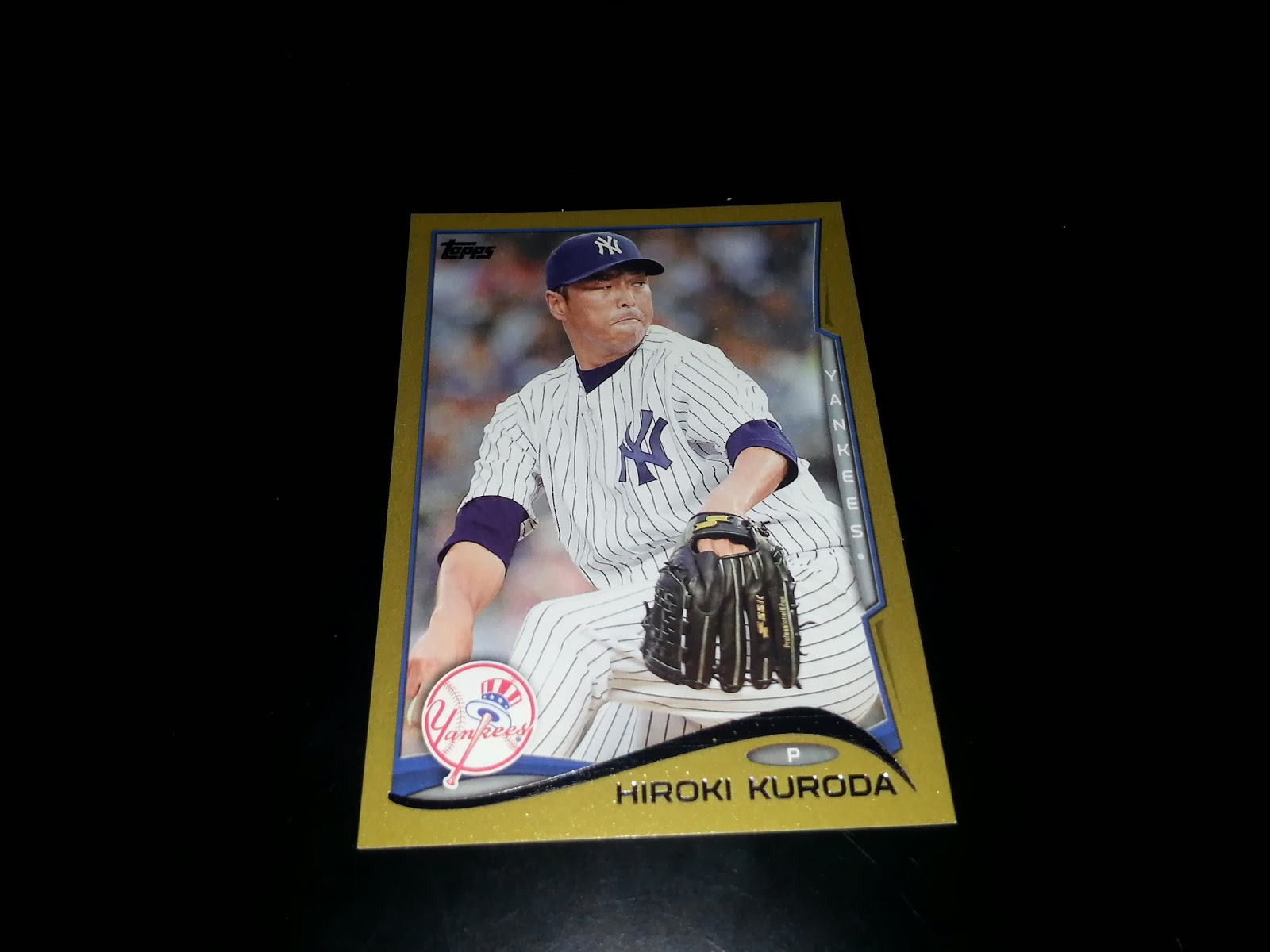 My lone Gold parallel, which is numbered to 2014. 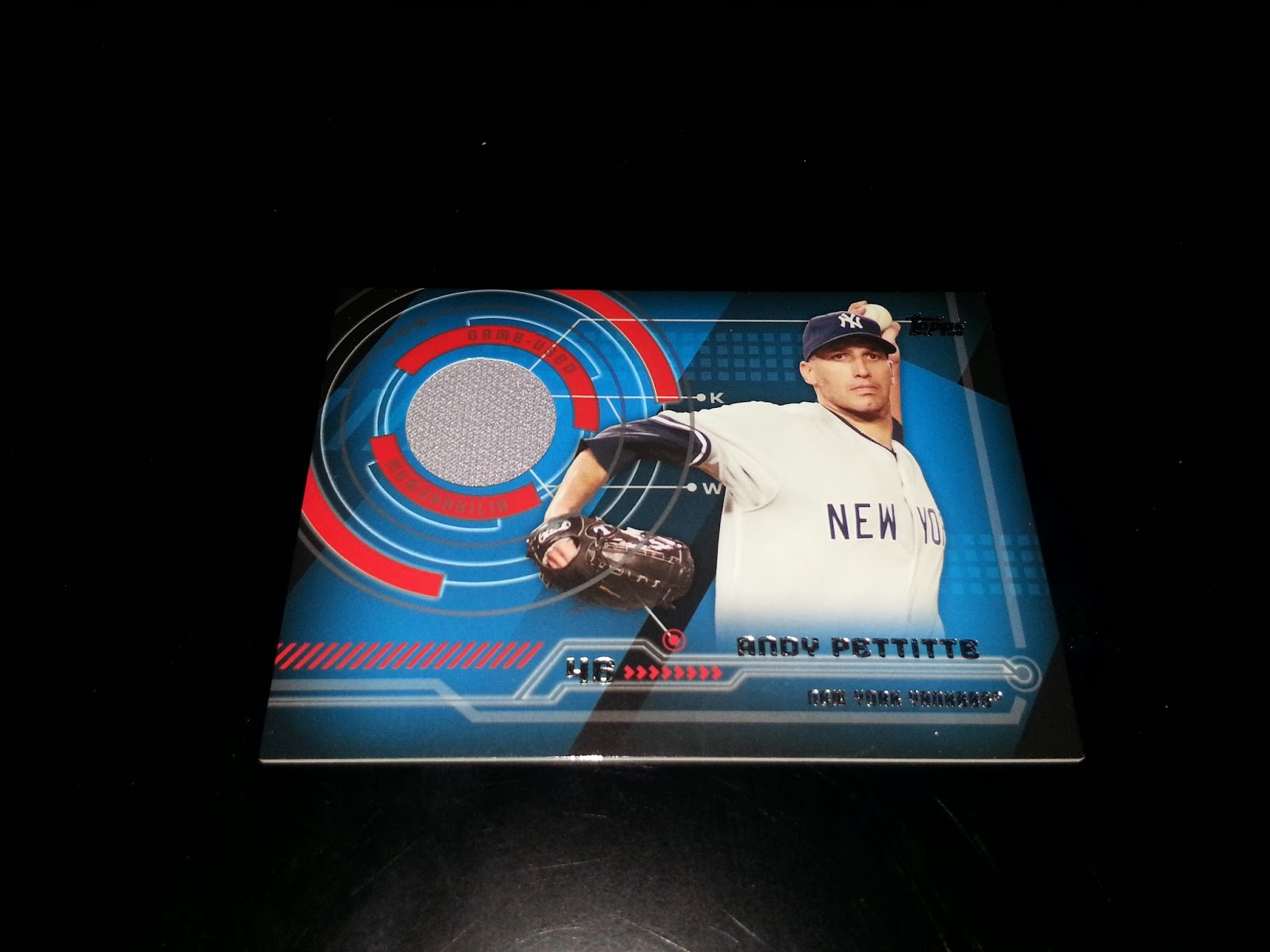 I even scored a couple of Roberto Clemente cards for my Clemente PC. 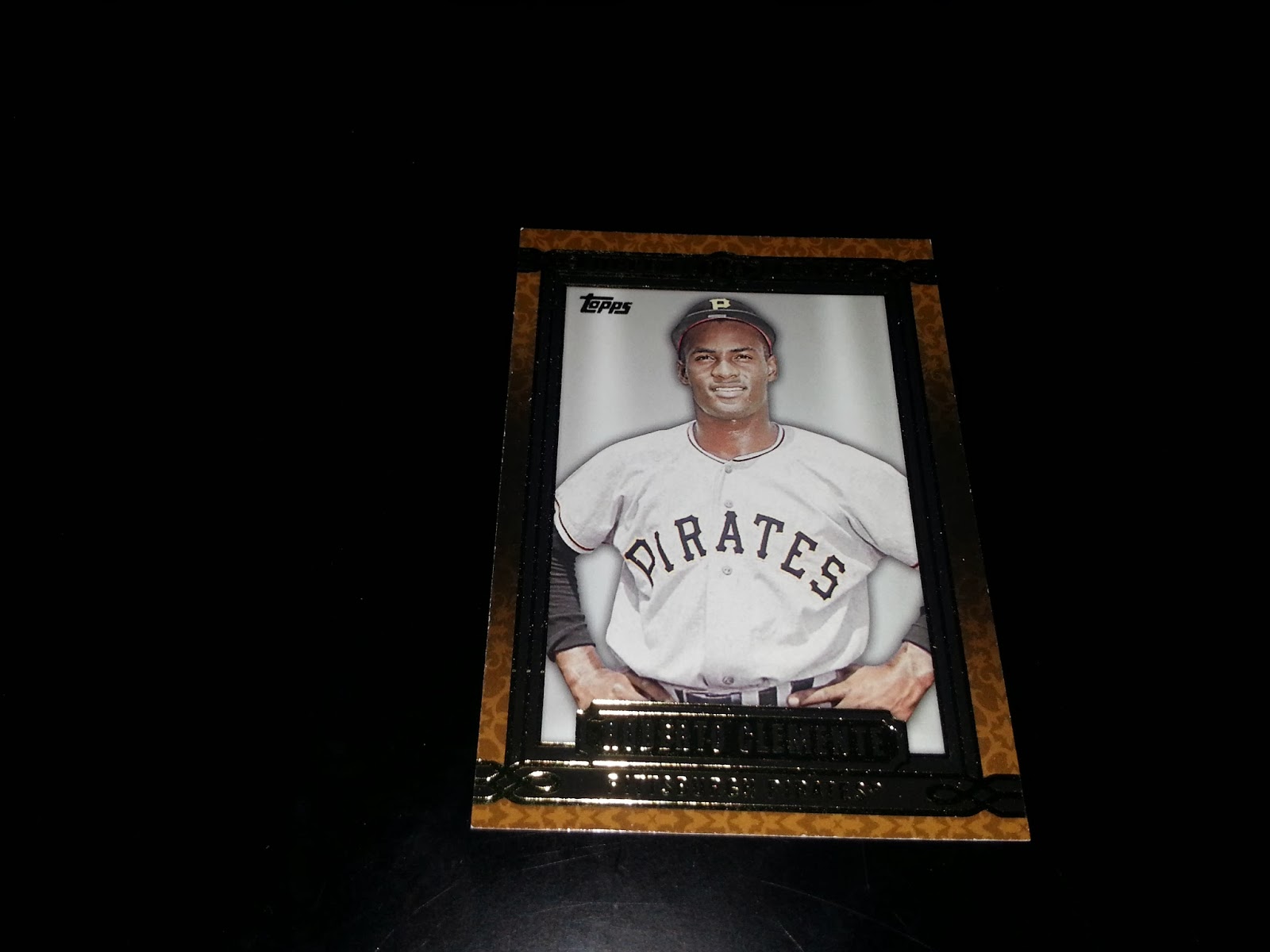 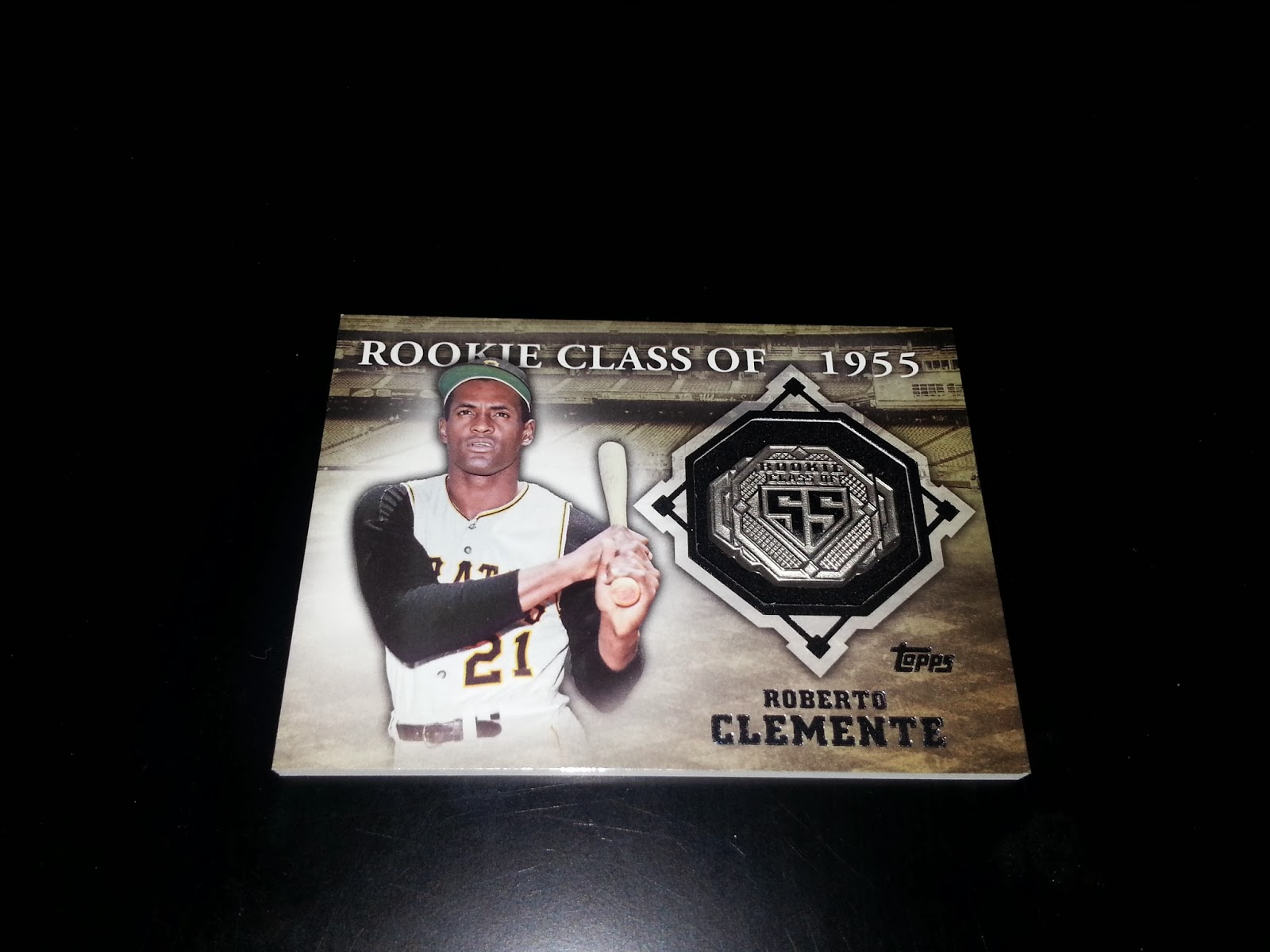 I really love that Rookie Class Of 1955 Pin card. I'm really glad to have it.

I liked this years Topps release, although I think the design looks more "Bowman-like" than a classic Topps design. I really like the inserts in this years set, especially the "Before They Were Great" cards. I will have to chase the inserts I am missing like the "Super Veterans" set on comc.com or through trades. I was a bit disappointed that we did not get players such as CC Sabathia, Mark Teixeria or David Robertson in this series. Also, no first Yankees cards of Jacoby Ellsbury, Brian McCann or Carlos Beltran. Oh well, I guess you have to leave something for Series 2.
Posted by Unknown at 9:32 PM