If I Played Poker, I Would Use These Chipz 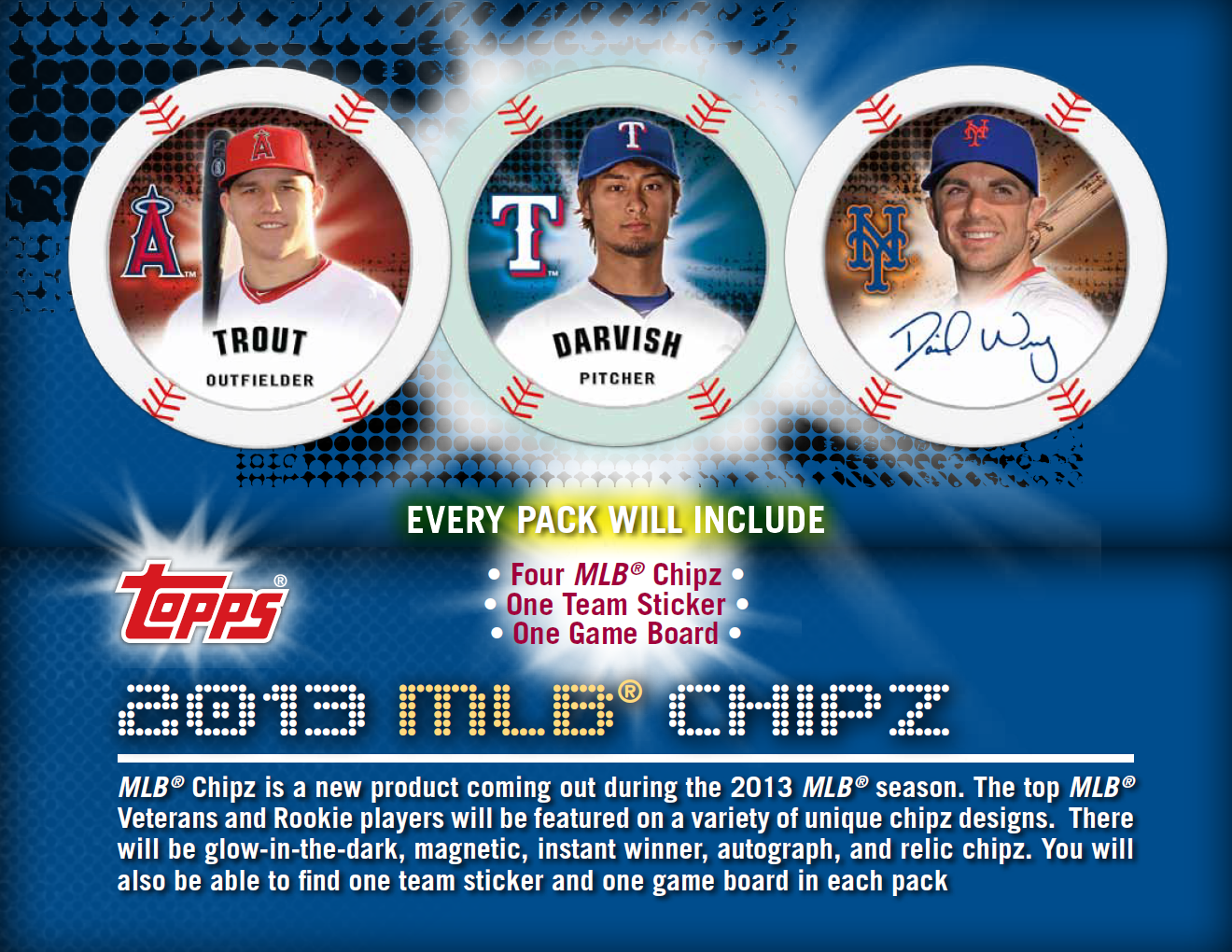 I got a package in the mail today from a fellow Yankees collector in my team collectors club. He included some pretty cool Knicks, Jets and Yankee cards. But what peeked my interest was a handful of chips he included. Or to be precise, Chipz.

I had received a fistful of the 2013 Topps MLB Chipz in the package. Now, to be honest, I never thought about putting together the Yankees set of these. I didn't open a pack of these last year because I wasn't sure if these would make it to another year and I didn't know how to store these. Now that I have some, I will figure out how to protect them and I will now go after the team set.

To be honest, I had a couple already from the group break of 2014 Topps Baseball Series 1. Now that I got these, I can show them off at once.

Unfortunately, my printer/scanner decided to take a dirt nap, so until I can get a new one, I will be taking pictures of everything with the camera on my phone. So, without further ado... 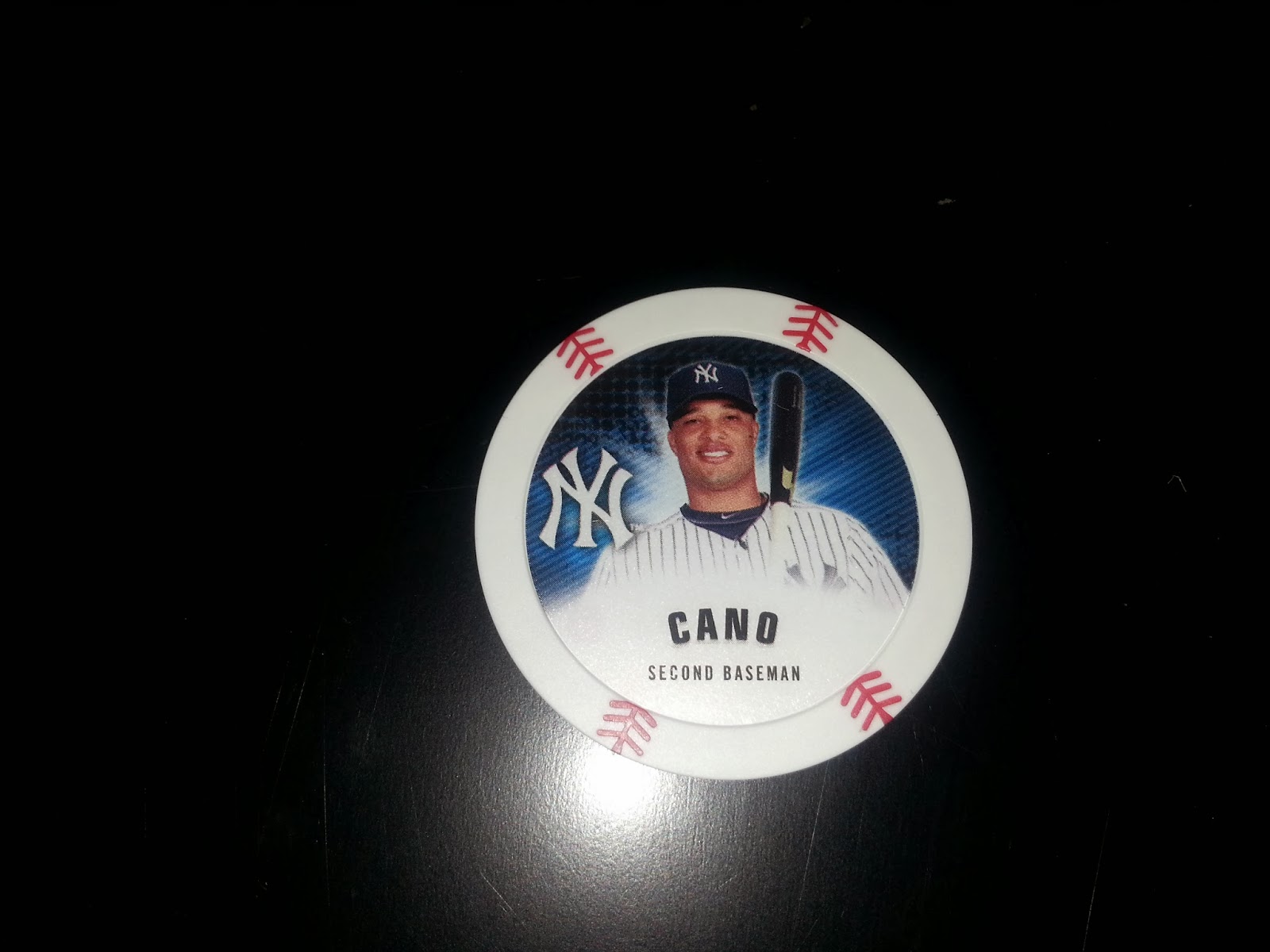 The first Chipz I pulled out was Robinson Cano. Yes, I will miss the guy batting out of the 3 hole and his outstanding glove at 2nd base. Do I think he went to the right team? No, because a lot of the home runs he hit will now become fly outs and there isn't enough protection in that Mariner lineup. Do I fault him for going? No. For what he is making, you and I would have gone. I love Seattle. I love the ball park. I think he will enjoy playing in Seattle. 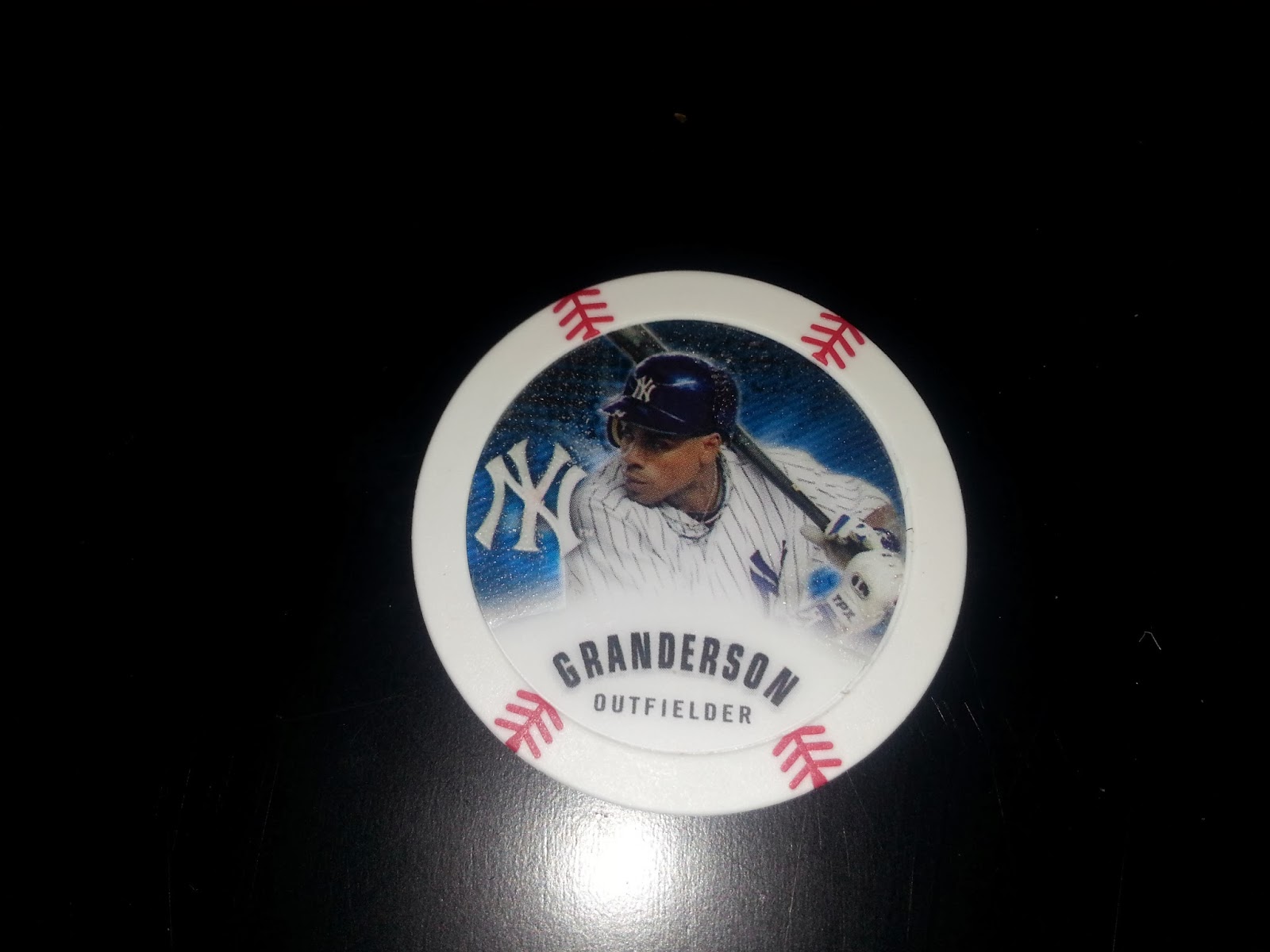 Another Yankee defector was in the package. I have no ill will towards Granderson. The Yankees were not bringing him back anyways. I just think he opened a can of worms when he said "the real New York baseball fans were Mets fans." Joking or not, he will hear it when he comes back from the Bleacher Creatures. 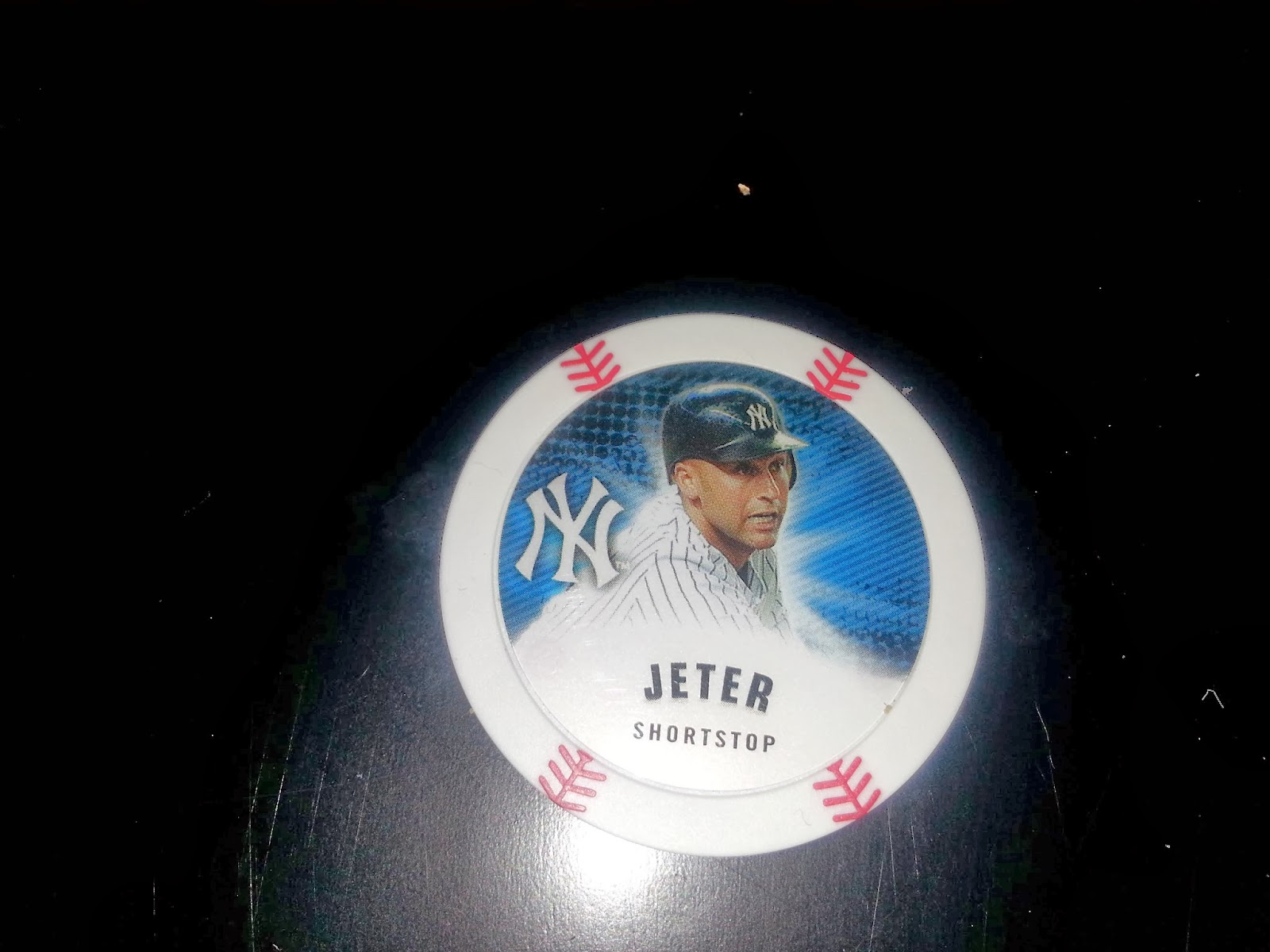 I also got a chip of the Captain. Anytime I get anything of Derek Jeter, it's a good day. Watched him play today and he looked pretty good out there. I hope he doesn't break down anytime soon. 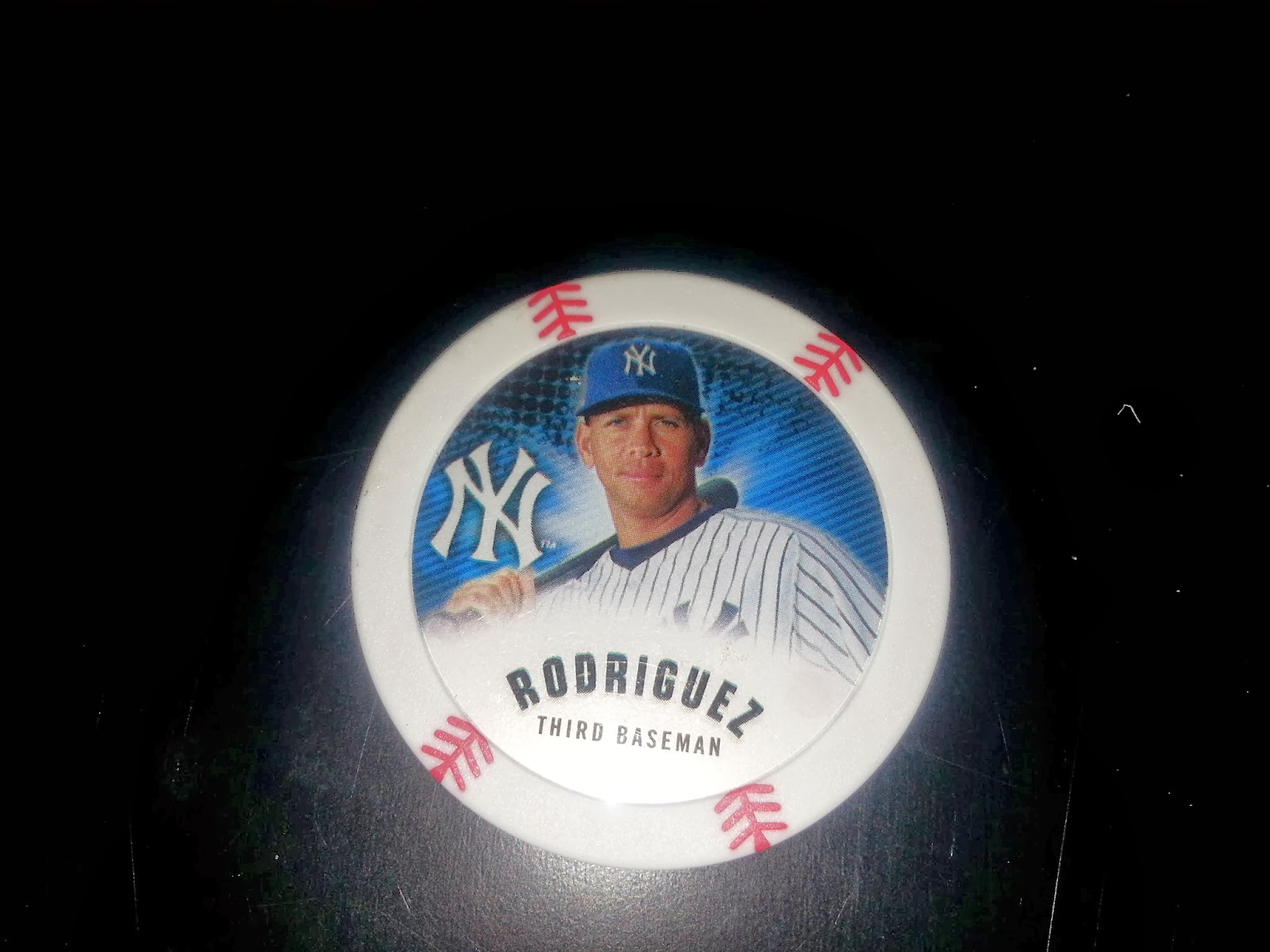 The less said about A-rod, the better. 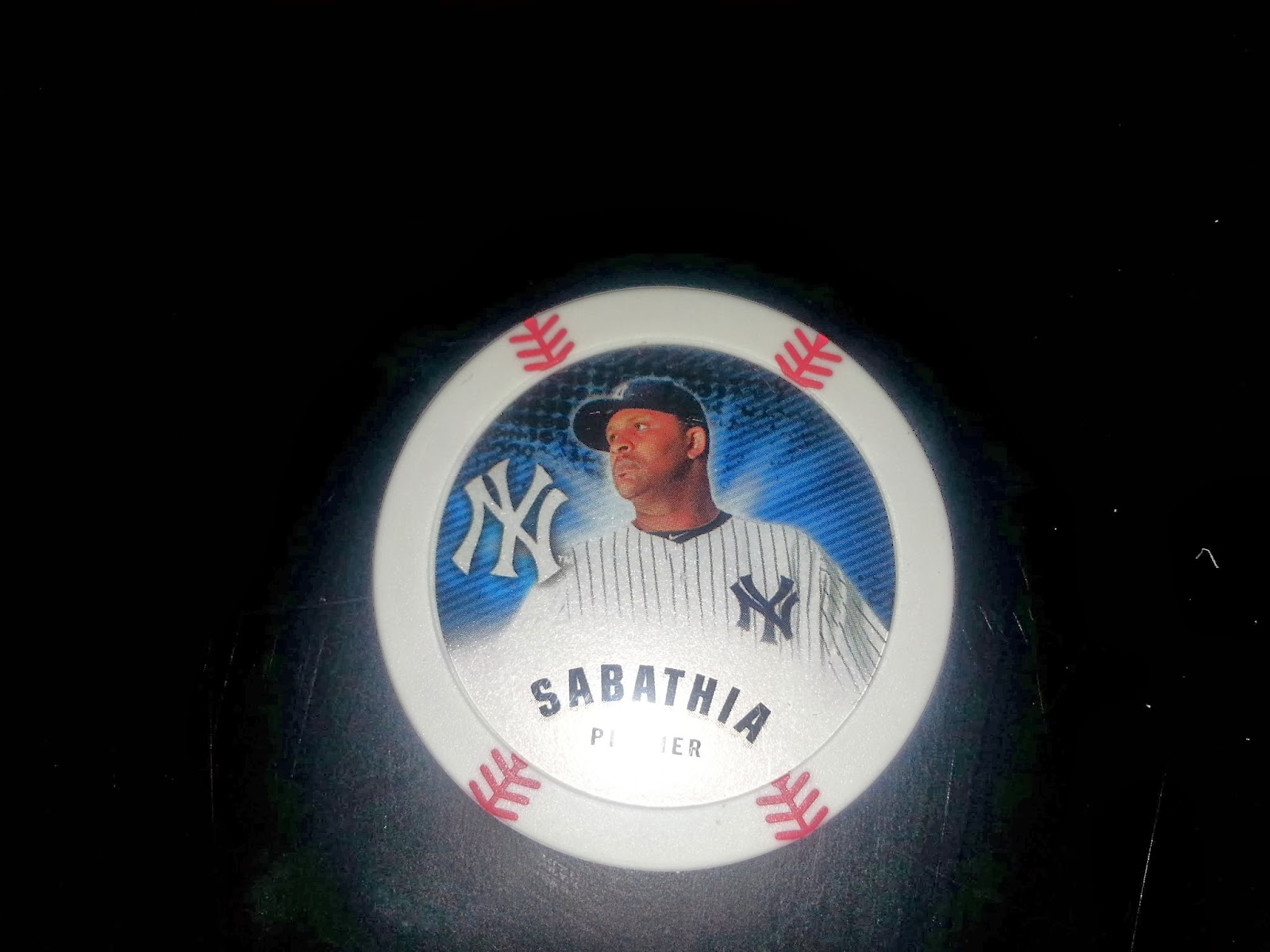 CC! He looked pretty good in his 2 innings pitched this afternoon. I predict he will have a bounce back year in 2014. 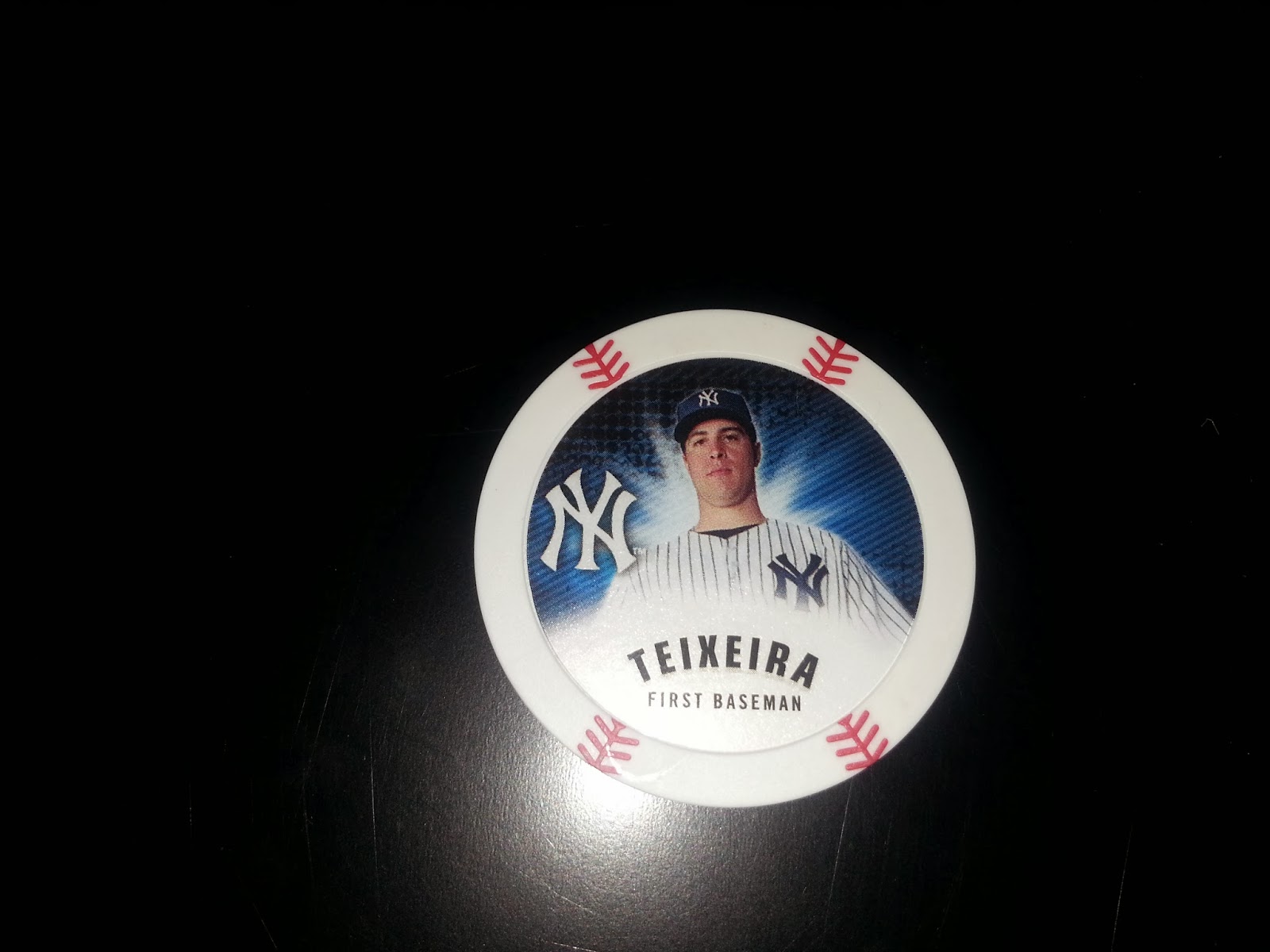 I even got a Teixeira for my Teixeira PC. This wasn't the only Tex I got. 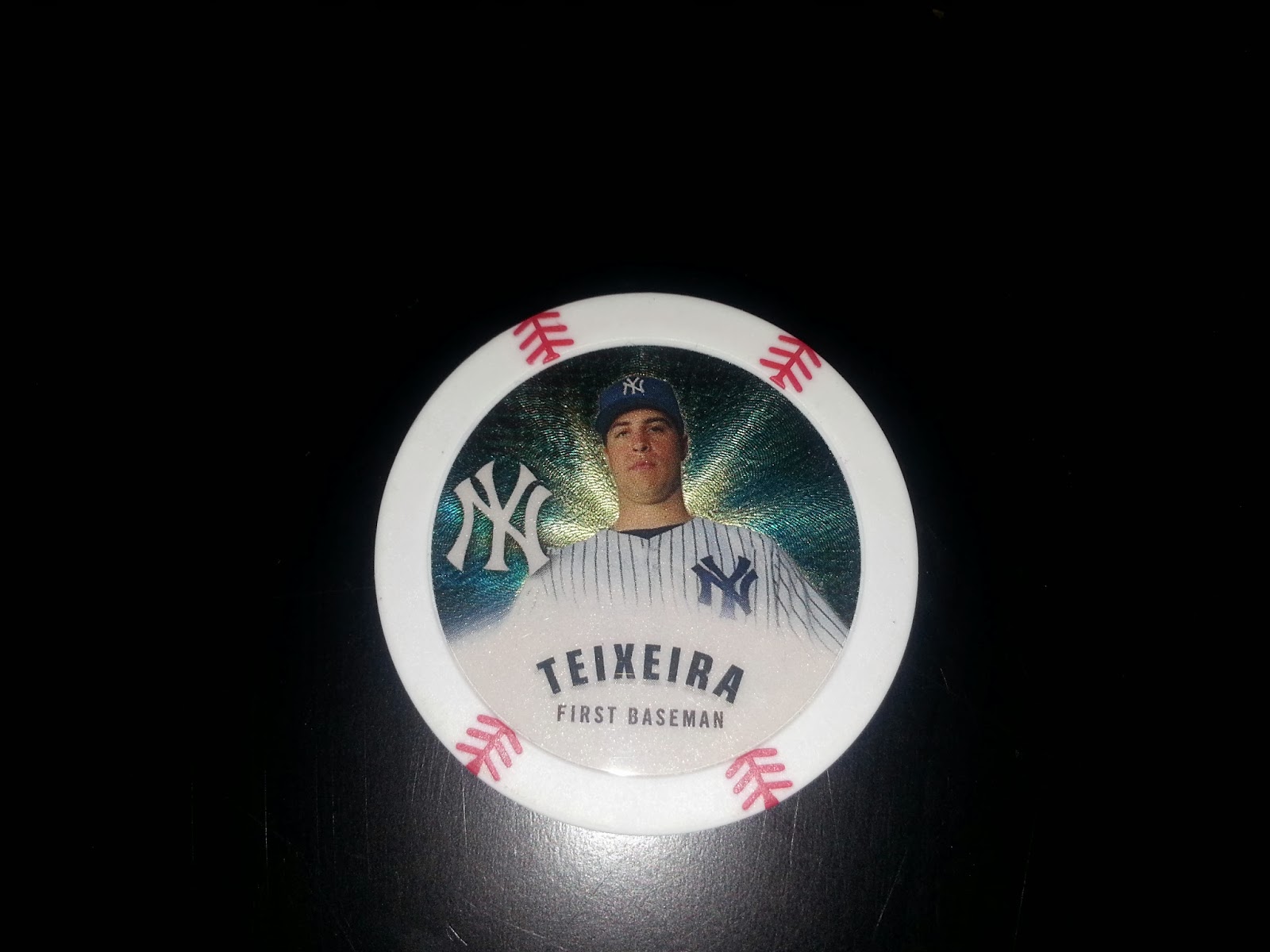 I also managed to get the gold parallel Chipz of Teixeira. You can see that it has a gold "glare" to it, hence Topps calling it a gold parallel.

Now that I have seen these in person and held them, I will be going after the rest of the Yankees. I looked at the check list and I am missing only Nick Swisher. I am a bit surprised that there was no Mariano Rivera or Andy Pettitte. There was no Yankees in the autograph or game used Chipz.

I do like this product. It's different than the usual Topps products and I hope we get them every year going forward. I will be keeping an eye out for the 2014 set when they are released. I already checked out the tentative checklist and saw that that we will even get a Jeter game used Chipz, so I will be on the hunt for that.

A nice, different product by Topps. I look forward to the 2014 release.
Posted by Unknown at 10:33 PM