My 5 Most Wanted Autographs

As an autograph collector, I think I have built up a pretty good autograph collection. I have been able to get some personal favorites added to my collection from in person appearances like Carmelo Anthony, Joe Namath, Chad Pennington, Roddy Piper and Martin Brodeur. Others I got either through the mail ( like Harry Gallatin, Charles Oakley) or certified on sports cards (Babe Ruth, Walt Frazier).

As a collector of Yankees, Knicks, Jets, Devils and Islanders, there are many players I am still looking to add to my collections. My goal is to collect as many players who have played for these teams. My only rule is the picture/card I get signed has to have the player in the uniform of the team I collect. I have had a few people ask me if I was interested in Travis Hafner or Kevin Youklis autographs in Red Sox or Indian uni's. I turn them down as they aren't in Yankee uni's. If there aren't any autos in those uni's, I might get them in college or minor league unis instead.

As most collectors, I do have a list of players I am really after. These are players I don't have in my collection on anything. They are also tough autographs to get either due to lack of appearances or price range. For this blog entry, I dwindled the list down to 5 players that I would really love to have. The 5 players are in no particular order. 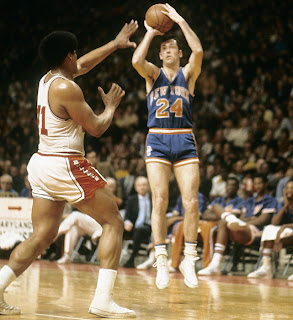 Former Senator Bradley is not really in the public eye these days. He works for an investment firm and writes political books. He was a key piece on the 2 NBA Championship Knicks teams as well as a Rhodes Scholar. I collect autographs from those championship teams and not having a Bradley auto is a glaring hole in my collection. His certified card autos are pricey. I had a shot at getting him at an appearance at Barnes N Noble last year at a political discussion for his latest book. There was no mention regarding autographs so I didn't go and I regret that move. If there is another appearance  I will not blow it. I do have a TTM request out there, but so far it hasn't been returned. Would love to get him on a basketball or 8x10. 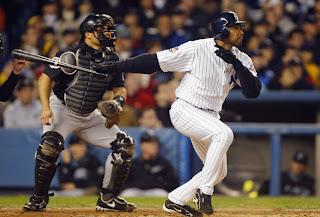 Here's the thing about Bernie, I got him TTM, or so I think. There is a huge rumor that the TTM autos are ghost signed by a member of his family. Based on that, I will assume that I do not have a Bernie autograph in my Yankees collection. He has made sporadic signings in this area, but the prices on them were too rich for my blood. His certified card autos usually finish over 100.00, so I am obviously bargain hunting when it comes to Bernie. A Bernie signed baseball would be most desirable, but I would take a certified card autograph for the Yankees PC. 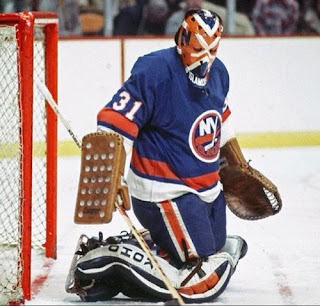 Billy Smith was the goalie on the championship teams during the 80's. Known for his temper and his wacking at opposing players who got too close to the net, Smith was also the first goalie credited with a goal. Smith is not a real expensive autograph like the first two players on my list. I just haven't been able to pick up one up. The few times I bid on cards on eBay, I always got outbid. Smith has appeared in one card show out on Long Island and I was not able to make it out there. Would love a puck, 8x10 or certified card auto. 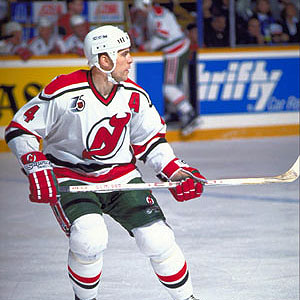 The hard hitting former captain of the New Jersey Devils, who led the team to 3 Stanley Cups has been a hard autograph for me to get. Just like Smith, I always seem to get outbid on eBay for his autographs. A few years ago, he appeared at a Devils Draft Party and I was on his line, only for it to be cut off bout 10 people in front of me. He is an Assistant Coach with the Devils, but I haven't seen a success for him TTM. Would love to add his autograph to my 2002 Stanley Cup piece that I already have Brodeur on, but a signed jersey or puck would be awesome for the Sports Room. 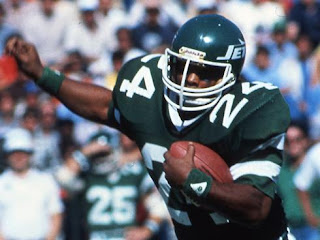 Probably the hardest player on this list to add to the collection as I don't remember seeing a certified card or Freeman appearing anywhere. A 3 time Pro Bowler and a member of the Jets Ring Of Honor, he is an autograph I really want to add to my Jets collection. I have been keeping my eyes peeled for anything. A mini helmet or 8x10 is what I would love to add .

The year is still young and I am determined to find these autographs either at signings, eBay or anywhere else. As the collection continues to grow, these autographs are pretty important to my team collections and I hope they can be added without breaking the bank.
Posted by Unknown at 2:32 PM