One of the things I vowed I would do this year is to add more Knicks vintage to my collection. Long time readers know how much of a Knicks fan I am. I personally think its a shame that I am seriously lacking in vintage Knicks memorabilia, be it cards, bobbleheads, or anything else for that matter. I am a huge fan of Knicks history. I have rewatched my History Of The New York Knicks DVD a bunch of times, read various books about the team and watch videos on YouTube. Yeah, I love my Knicks, in good times and in bad. It's funny. The season I was able to go to more games that I ever have or ever will due to prices, the team was so bad and I heard "Fire Isaiah" chants every game I went.

I was recently scouring eBay an looking at some Knicks listings and saw one that peeked my interest, so I placed a bid and won a lot of 4 1975 Carvel NBA Disks. What I love almost as much as the Knicks are oddball cards. I simply love them and will scour dealer tables at card shows, look at eBay listings and trade for them on various forums. It was a great opportunity to not only add some vintage Knicks cards to my collection and they were oddballs? I was in and won the bid.

I don't know much about these disks. I'm guessing they were either given out at participating Carvel ice cream shops or you had to purchase them. I think there was some sort of poster that went with them and there are different color variations.

Unfortunately, I failed to really look at the cards and was very disappointed when they arrived. Some were dirty and one had a tape mark on it. No wonder I got these for such a low deal. I can only blame myself for not looking closely at the photos. 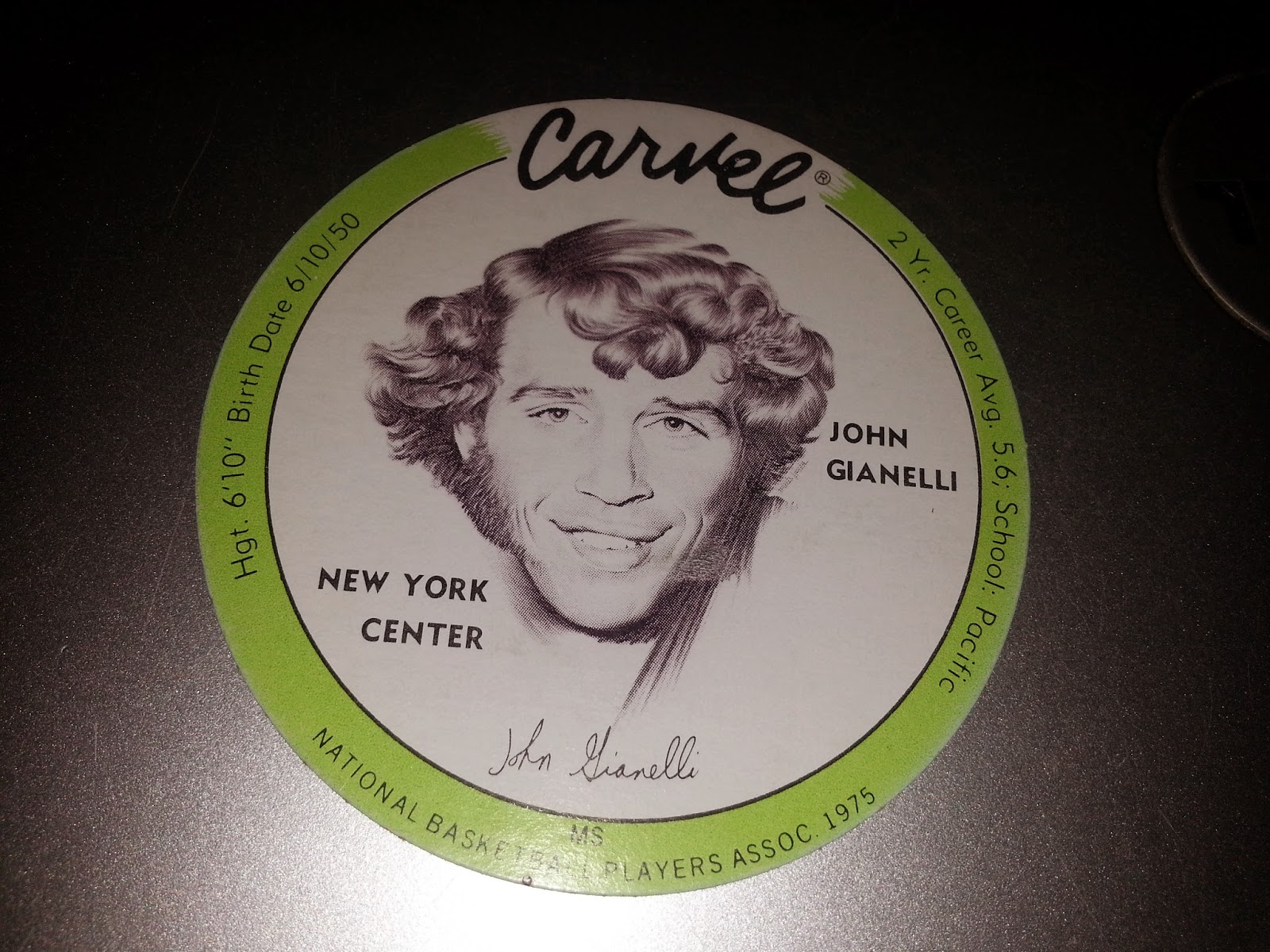 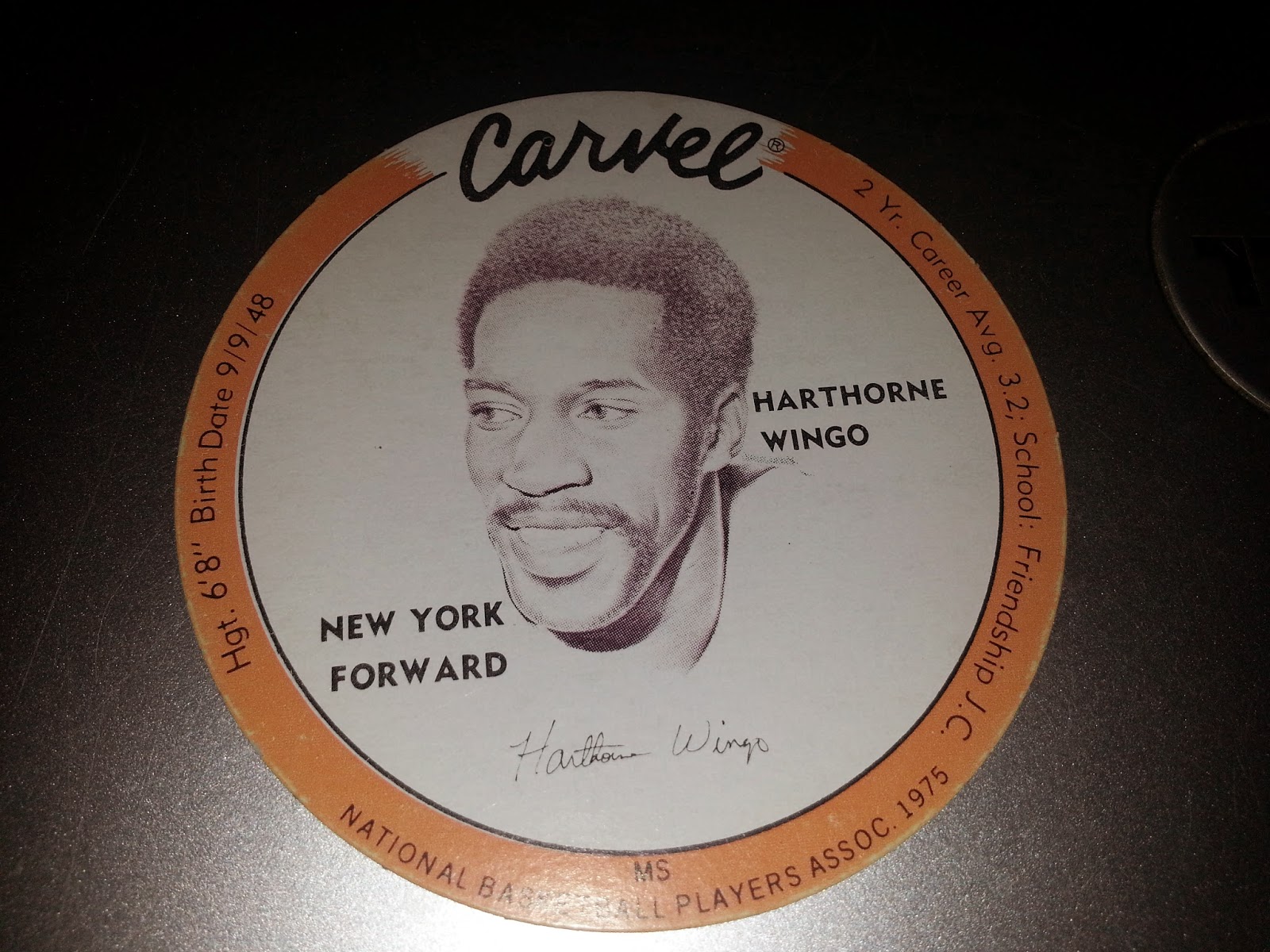 Hawthorne Wingo was also a backup forward on the 1973 championship team. He played on the Knicks from 1972 to 1976 and finished his career in Italy. 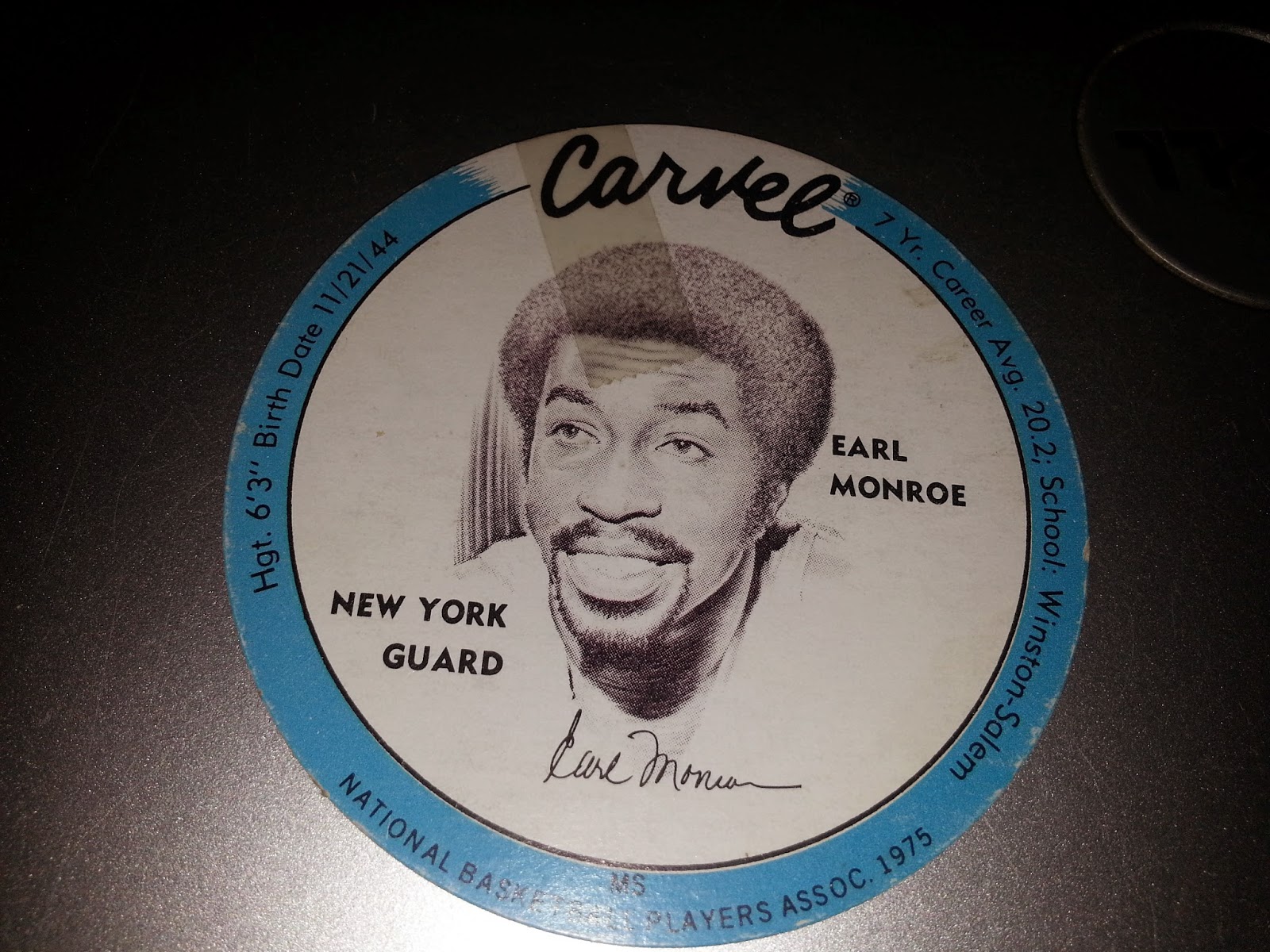 This was the card that got my goat and was the sole reason I purchased the lot. I wanted this Earl Monroe card so bad and was doing the Neutron Dance when I won it. Then I did the Sad Dance when I saw the card. Not sure why there is tape across the top there. It doesn't look like it was ever ripped, so I'm guessing it was taped to something, a scrapbook perhaps. Either way, it look terrible now. 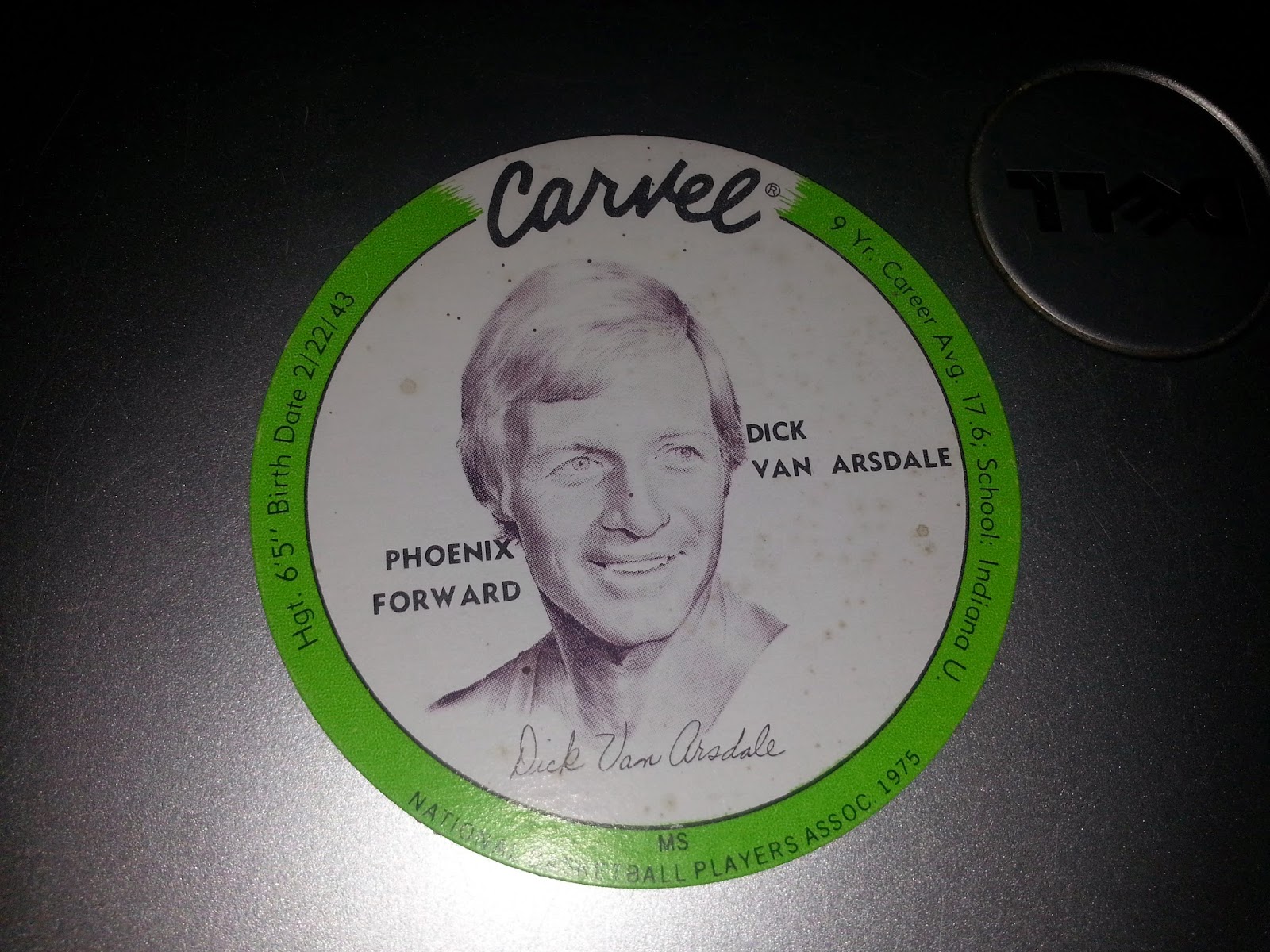 This was a throw in, but he has Knicks connections. Although Dick Van Arsdale had his best seasons as a Phoenix Sun, he was drafted by the Knicks in the second round of the 1965 NBA Draft.  Van Arsdale played in NY until 1968 when he was selected by the Phoenix Suns in the expansion draft. This card looks pretty dirty, so I didn't mail it to Van Arsdale like I planned.

Although I was pretty bummed out about how the Earl Monroe card looked, I am glad I have these cards. I can always upgrade them and I now want to chase the rest of the Knicks in this set. Looking at the checklist, I see I am missing Bill Bradley, Walt Frazier, Phil Jackson and Dean Meminger. Hopefully, the next time I shop for these cards, I will pay more attention to the listing and pictures. Kids, do not be like me.
Posted by Unknown at 4:55 PM