(Bleep) Yeah, I Want This 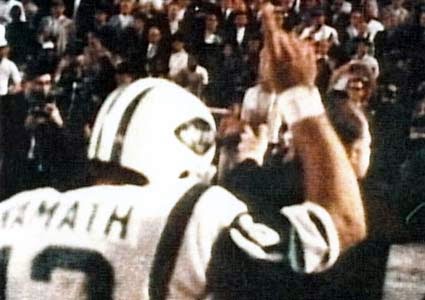 When McFarlane released the Joe Namath figure earlier this year, I was doing back flips...until my back gave out. When I recovered and saw the actual figure we were getting, I was happy, but disappointed at the same time. Only because it was not the pose I thought we should have gotten. 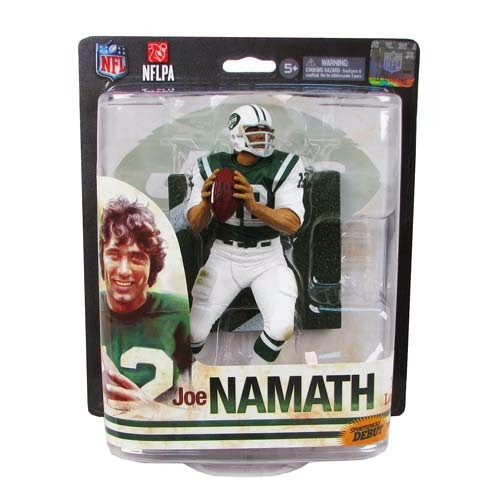 This was the figure we got. A cool figure, yes. But I felt it didn't capture that Namath "essence". This figure looks like it was modeled after an early 70's Namath, when he was always injured. Don't get me wrong. I like this figure. I have been waiting for a Namath McFarlane forever and I finally got one in my Jets collection. Just not the pose I was hoping for. I think that's why this figure is just sitting on pegs in the Toys R Us stores I go to. I think fans agree with me.

Then McFarlane announced a second Namath figure would be released later this year. I guess the last figure sold enough to warrant a second figure being released. Either that or they wanted make sure they milk that Namath license. This time, I hoped we would get the pose I think he should have gotten in his first release. My luck, we would get a Namath Los Angeles Rams figure. Thankfully, a photo was released of the figure we are getting. 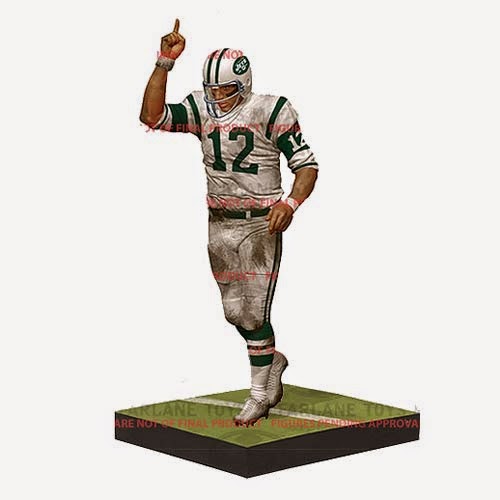 Oh Yeaaaaaaah! This is the figure I felt we should have gotten before. I mean, McFarlane released the last one around the Super Bowl because it was being held here in New York/New Jersey. Why not release one of the NFL's most iconic moments in Super Bowl history? Why release a generic pose? I thought releasing this one during the Super Bowl made more sense, but what do I know? I don't work in this toy industry. I'm just a fan who buys the figures.

Still, I'm finally going to have the figure I've been waiting for. It will be displayed in my Jets cabinet...when I get one. Or I could make a Namath shelf. I have a few Namath items already. This would just look great among them. The figure is due to be released in December, so I will be looking for this in my Christmas stocking.

My Jets may not be any closer to contending to a Super Bowl, but at least with this figure, I can be reminded that the Jets have won a Super Bowl in the greatest upset in the history of the game. And the guy who did it, came from Beaver Falls, PA and had an Alabaman drawl. Players have come and go, but people still remember Broadway Joe Namath.
Posted by Unknown at 7:47 PM