I Get By With A Little Help From My Friends...And eBay. 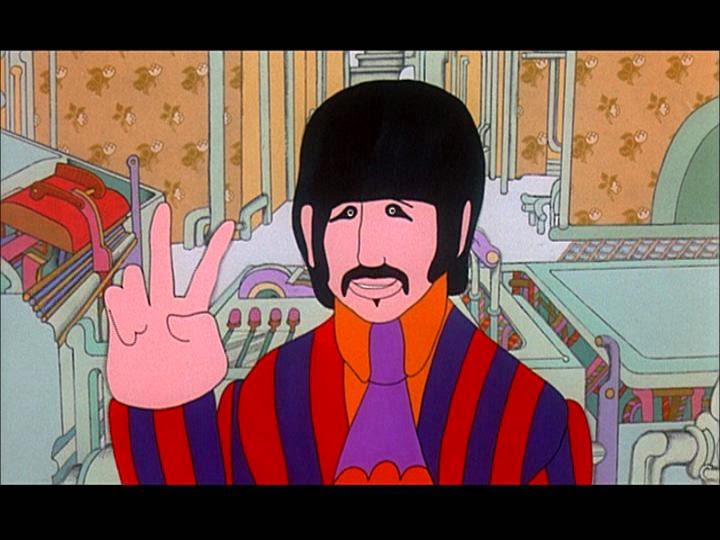 I have been wanting to start an Islanders collection for a while now. I have a small, but growing collection of cards and autographs, but if you know anything about me, then you know that collecting just cards ain't my bag. I don't know if it's the hoarder in me, but I will also grab anything I can display.

I have been dying to start a bobblehead collection of my favorite hockey team. I had originally wanted to start that with picking up a bobblehead of my all time favorite Islander, Mike Bossy. Unfortunately, that is one expensive bobble. I do intend on picking it up as soon as it's a bit more affordable. 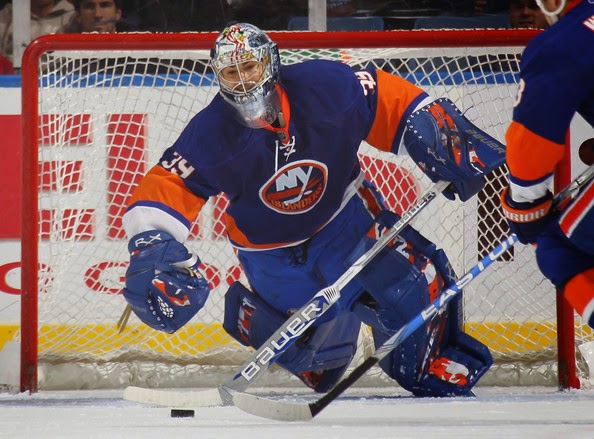 Thankfully my buddy, Kerry, helped out with that. He was a Rick DiPietro collector and was extremely generous to send me some cards for my Islanders PC as well as the DiPietro mini bobblehead that was given away by the Islanders a few years back. 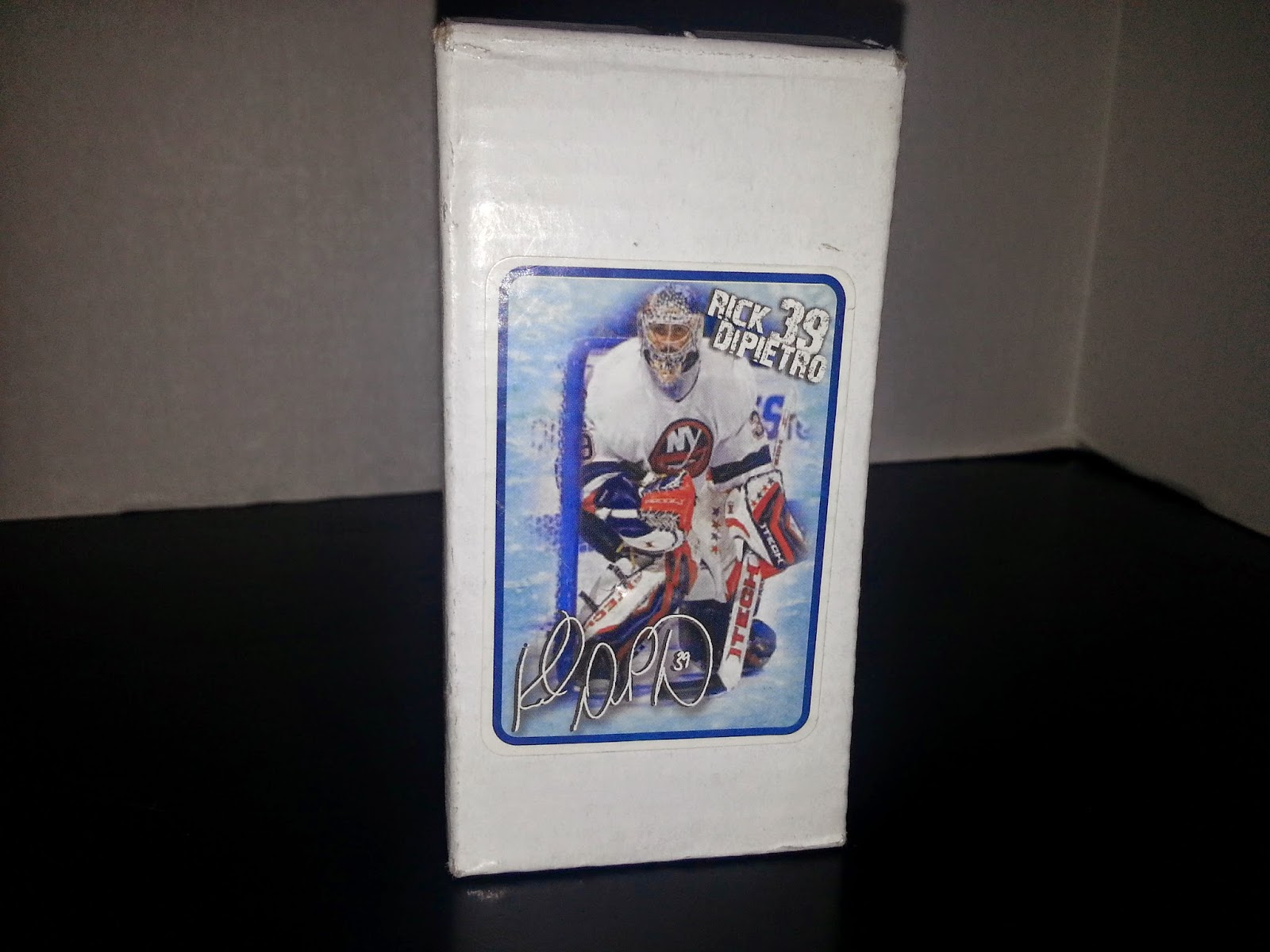 The box it came in is a small box that has a nice sticker picture of Ricky D. I think that this sticker could have made a nice hockey card had the Islanders decided to produce a set of cards to give away that season. 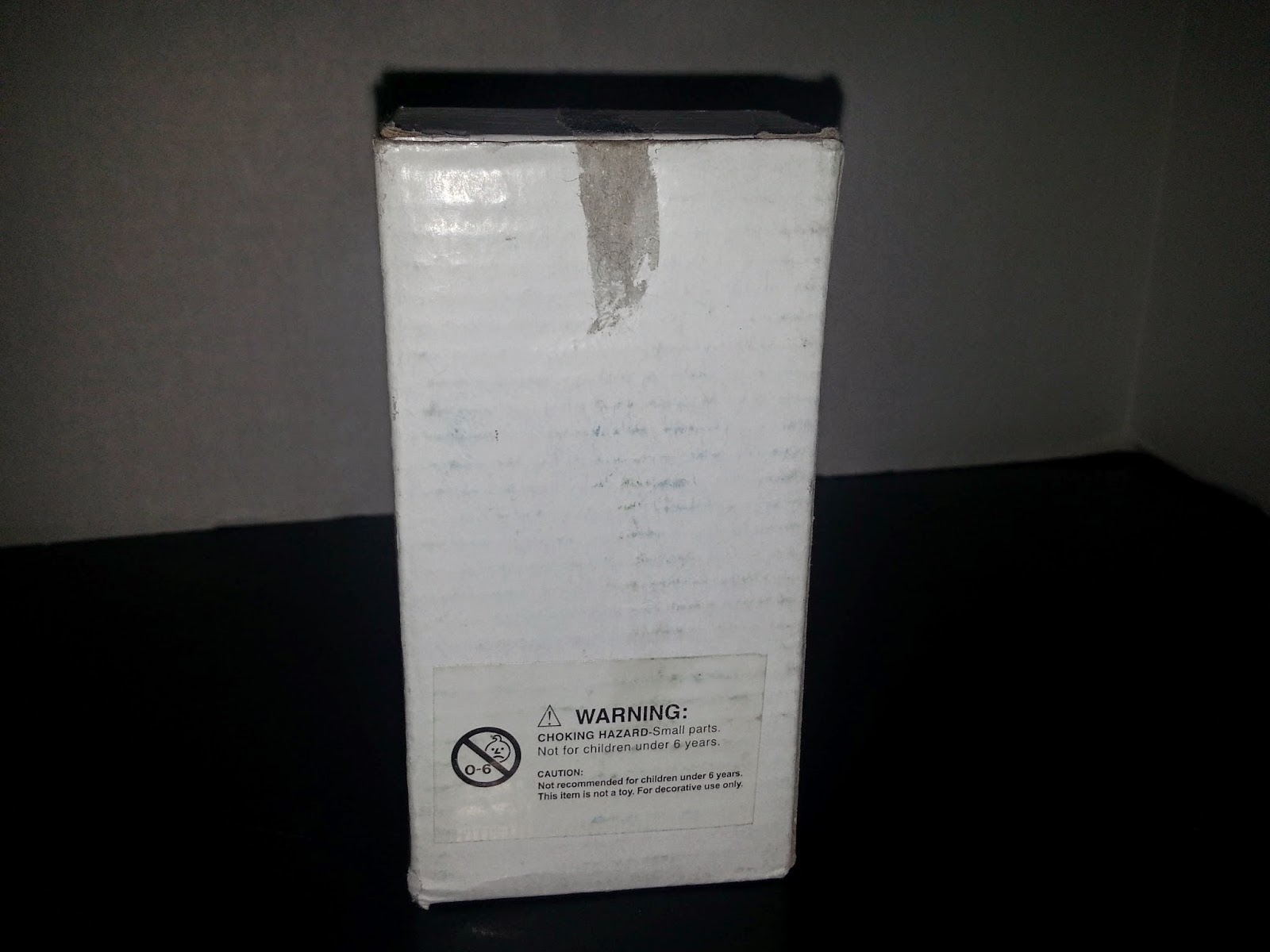 The back of the box offers nothing more than a warning not to ingest any part of the bobblehead. I guess Rick doesn't taste very good. 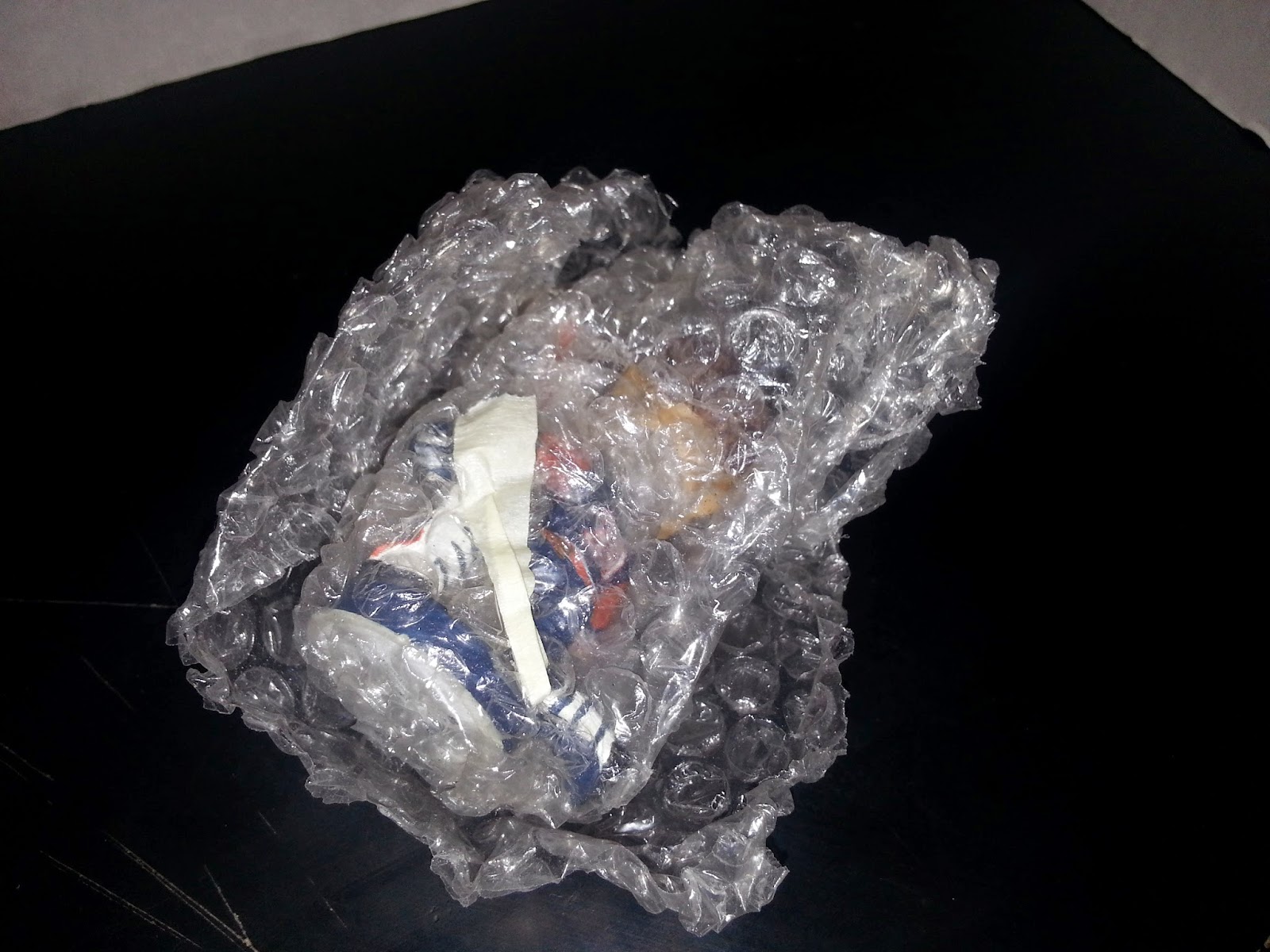 Out of the box, Ricky is all wrapped up in bubble wrap. That's a good thing. Nobody likes a cracked goalie. No jokes, please. 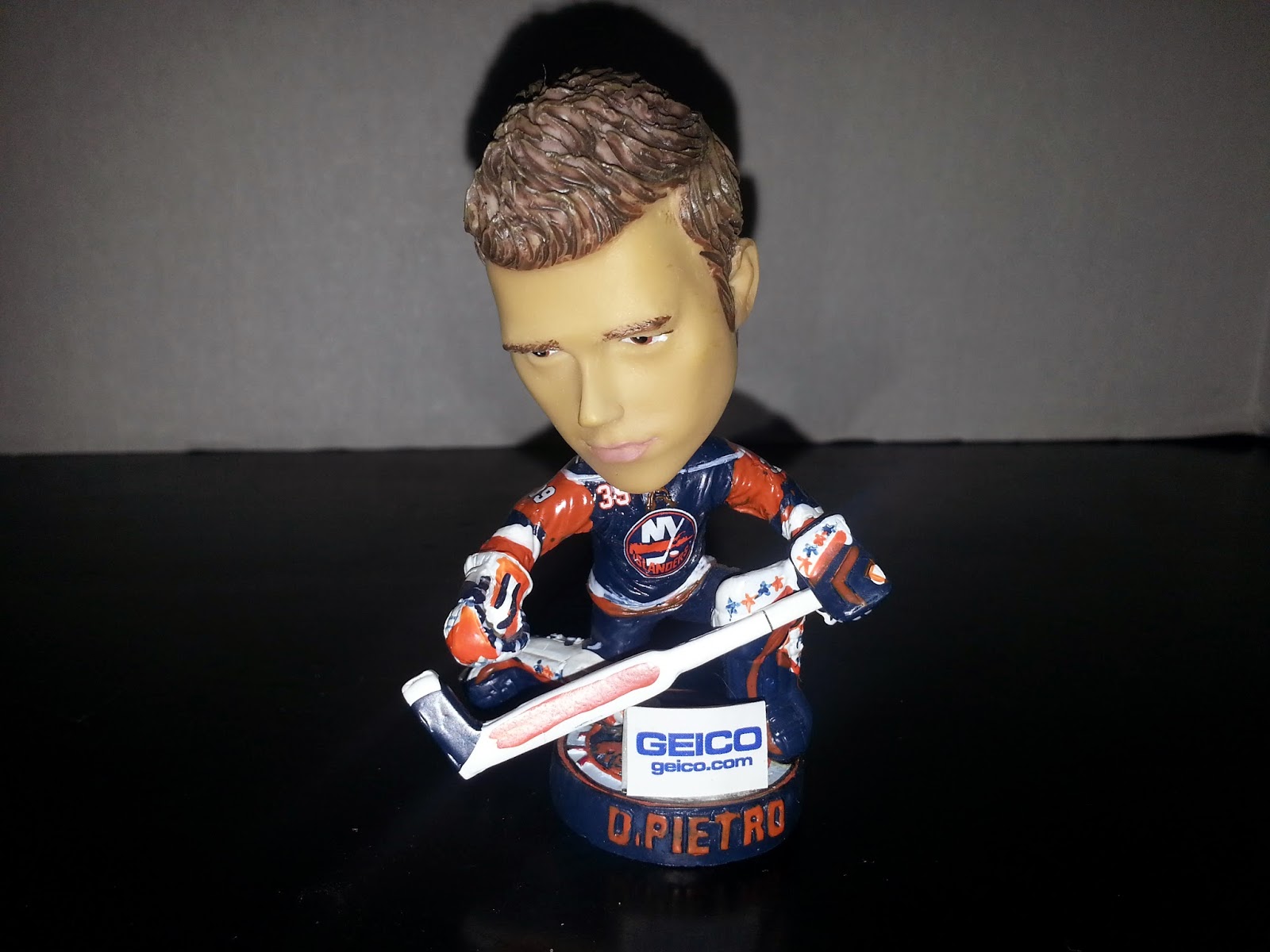 Here's little Ricky. I'm not a huge fan of mini bobbleheads, but I like this one. It's pretty detailed for a bobblehead of this size. It has Rick sporting a faux hawk as he is dressed in the Islanders jersey from the 2007-2010 seasons as he appears to be making a kick save. There is a Geico plate on the front of the base, so I'm guessing that was the sponsor for this give away. 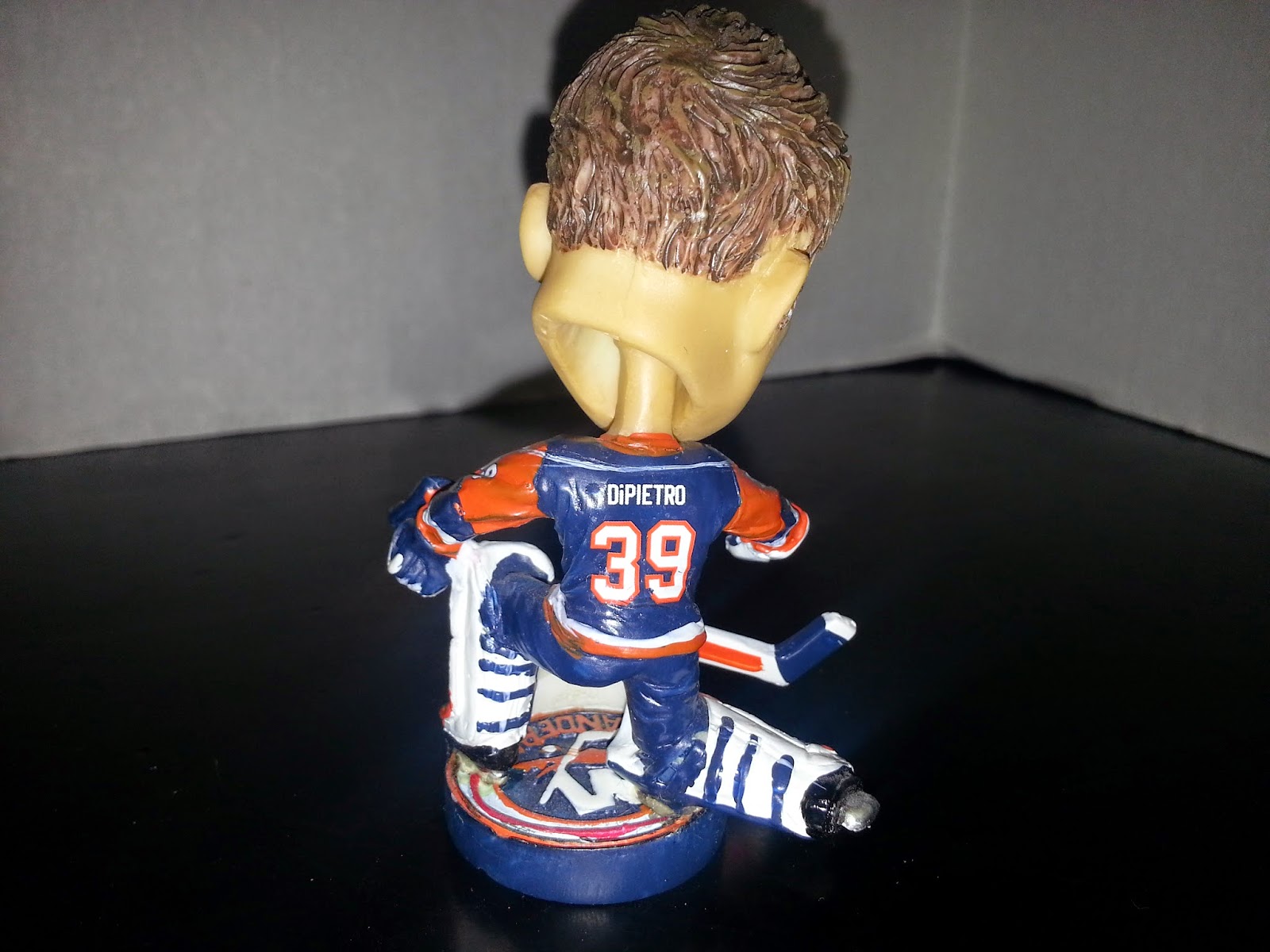 The back of the bobblehead gives you a better view of the base, which I really like. Too bad the Geico nameplate blocks the view on the front, but I guess you have to have the sponsor's name somewhere. I would have preferred the back though. The jersey nameplate and number looks pretty clean on the back. 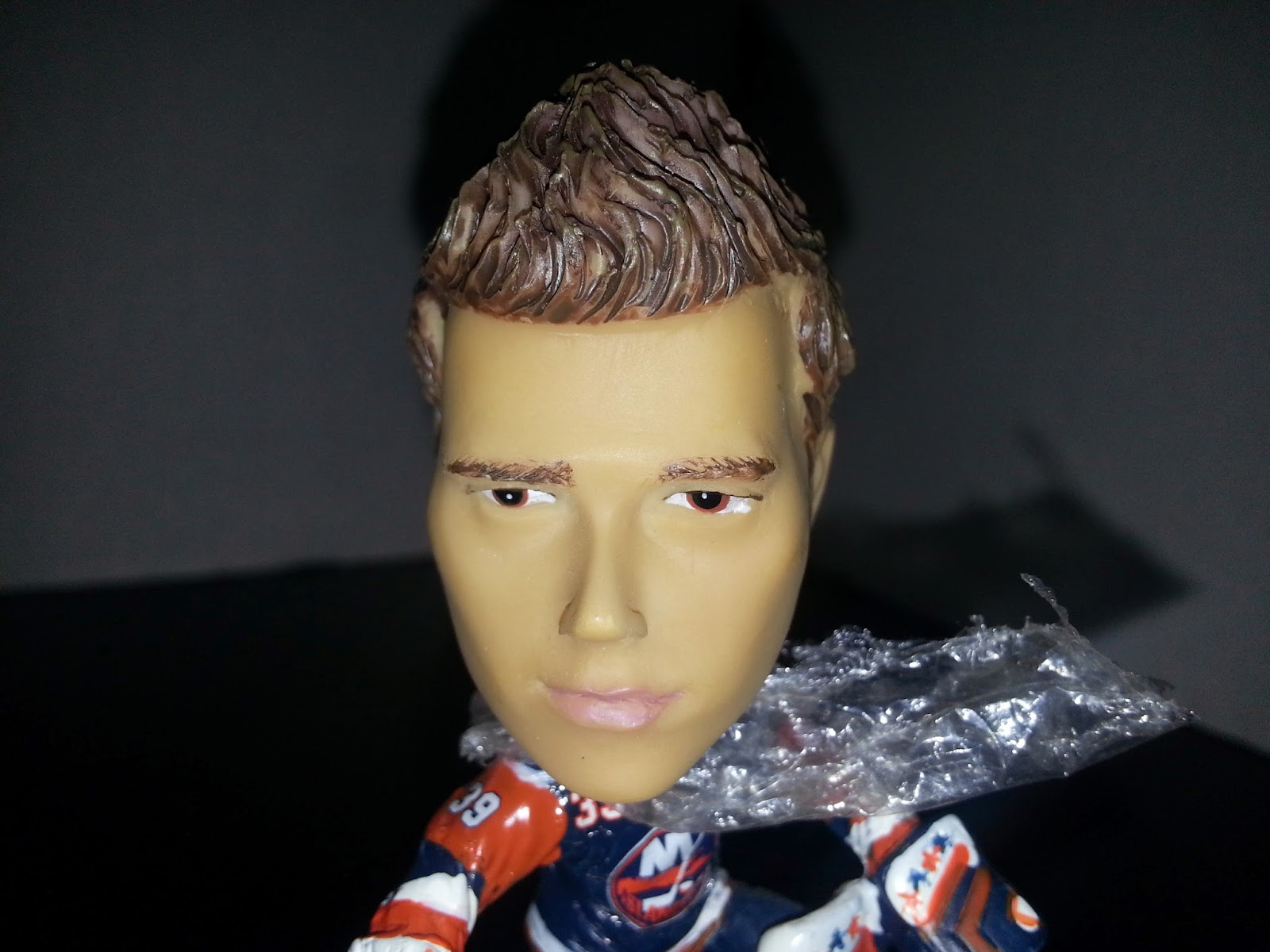 Ricky looks rather content to be joining the Sports Room. Thanks so much Kerry for my very first Islanders bobblehead. 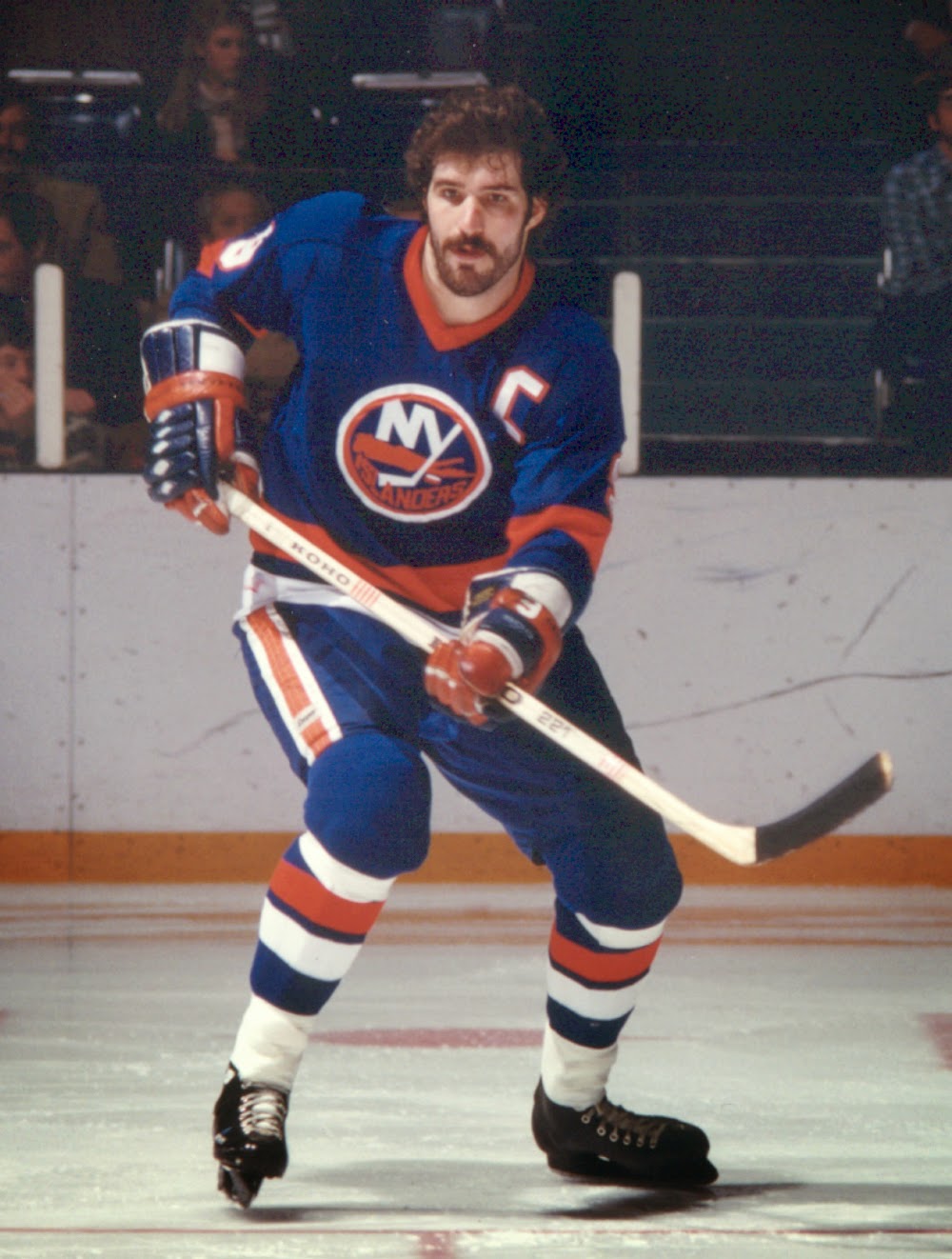 My second Islanders bobblehead came way of eBay. I was able to get a a great price on a bobblehead of one of my favorite Islanders, Clark Gillies. Gillies was a no nonsense type of player. The guy could score and had 319 goals and 378 assists in a 14 year career. But he wasn't the type of guy you would want to mess with as he also had 1023 penalty minutes. Was an integral member of the Islanders 4 Stanley Cup championship teams. He is a member of the Hockey Hall Of Fame and had his number 9 retired on December 7th, 1996. 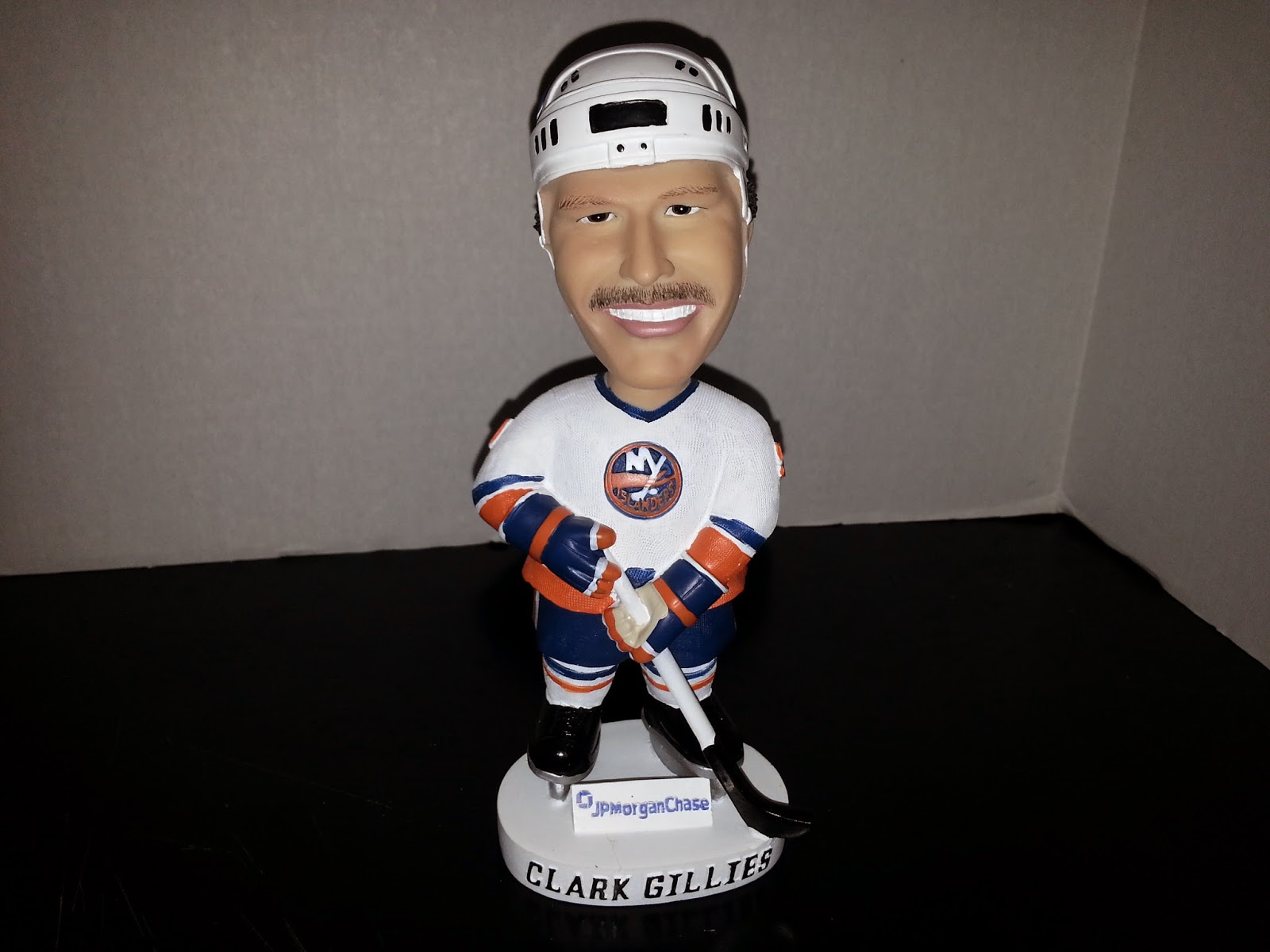 This was another giveaway bobblehead by the Islanders. These are the Alexander Global bobbleheads that I love so much and wish they were given away still at ballparks and arenas. This one looks a lot like Gillies. That alone, I had to have this in my collection. Plus, he's wearing the Islanders jersey I grew up watching the team play in, Back in my day, these were the home jerseys. I wish they still were. No, I'm not turning into the angry old man. OK, maybe, 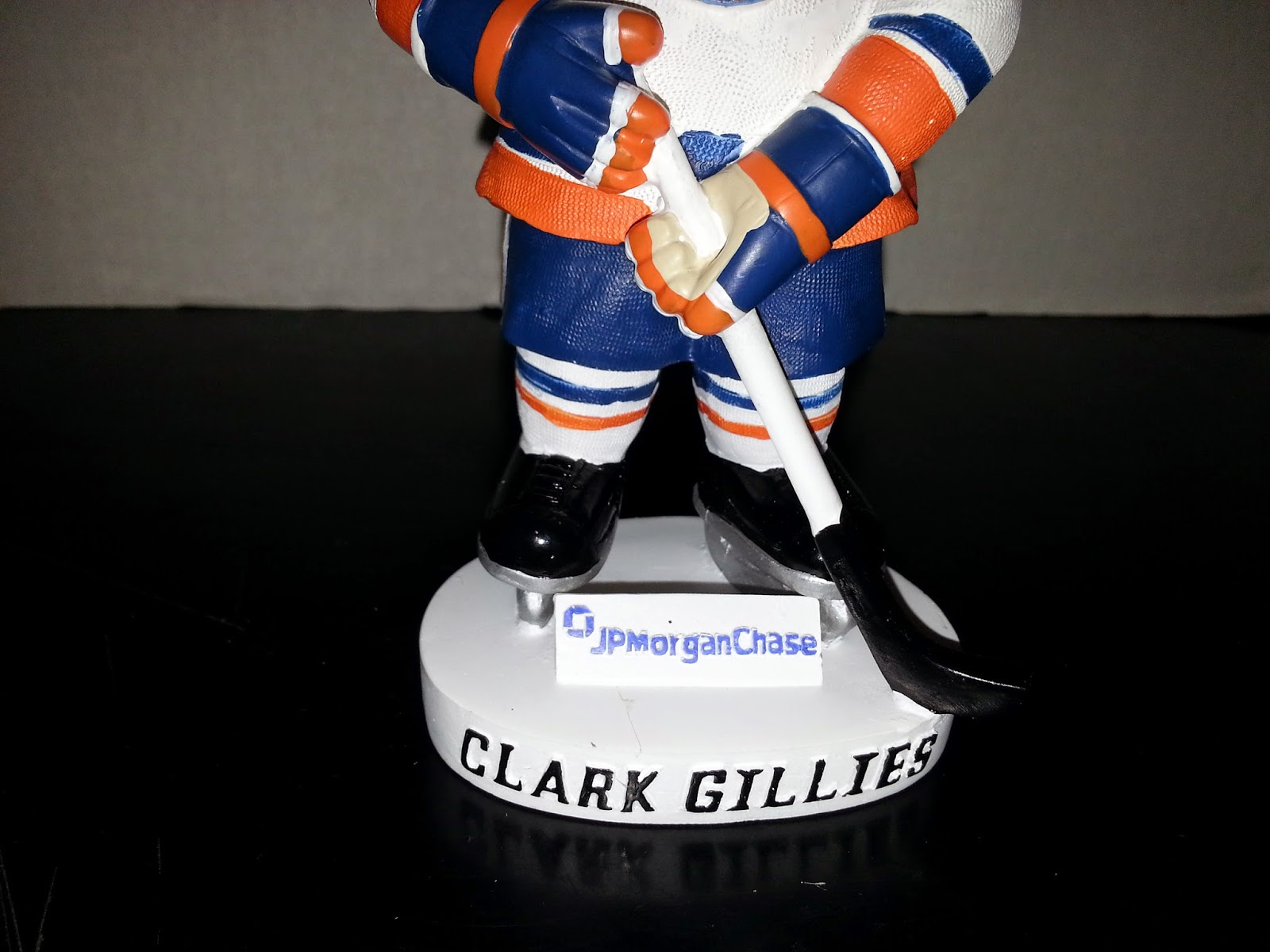 The sponsor nameplate on this bobblehead is a lot less gouache than the nameplate on the DiPietro bobblehead. Unlike the Ricky D bobblehead, this one sports a plain base and his name on the front. Not sure if you can see it, but there is a tiny crack on the base, which explains why I got this for so cheap. I knew about it and quite frankly, it's not really so bad. 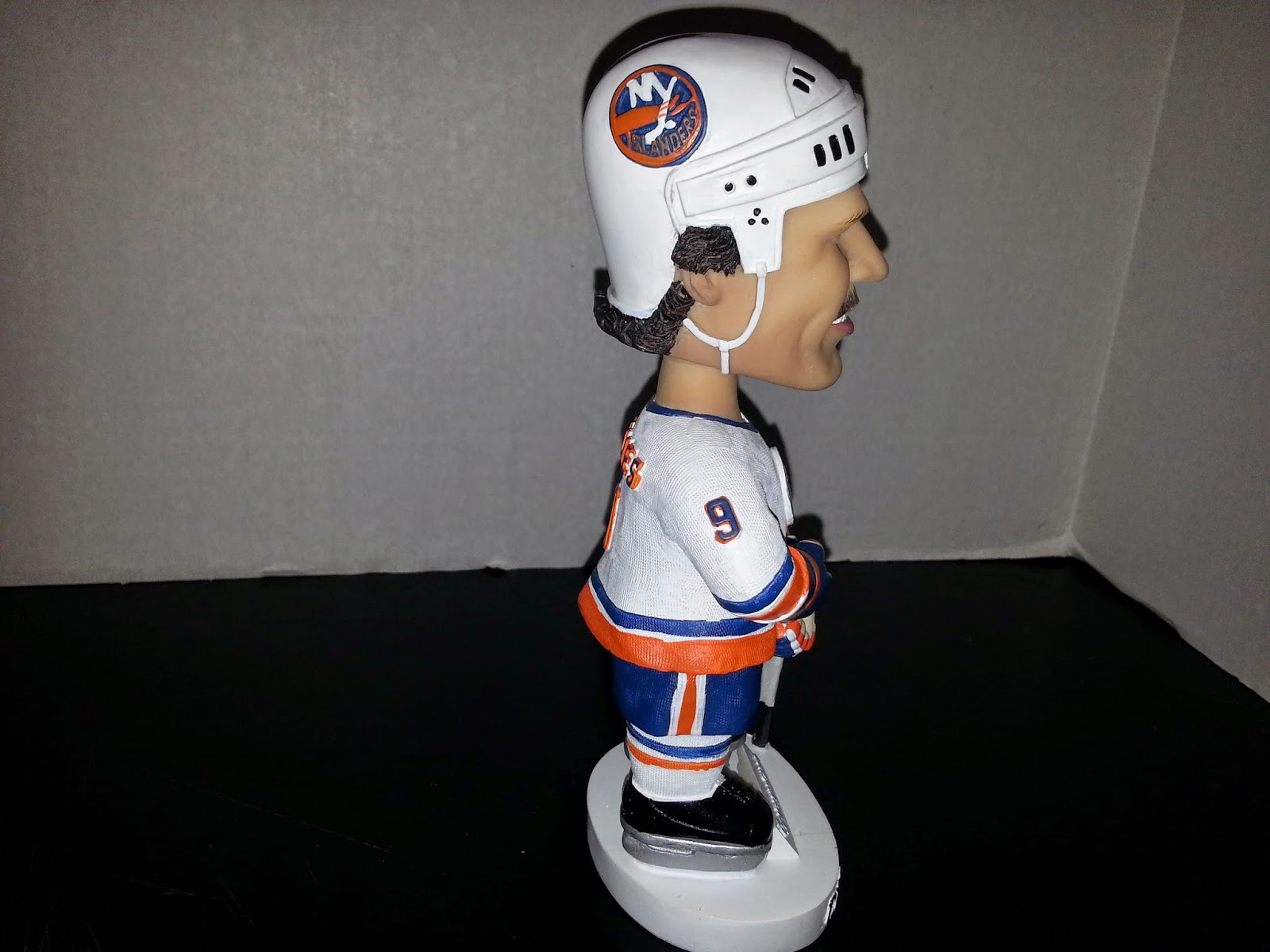 On either side of the bobblehead is the familiar number 9 that Gillies wore during his Hall Of Fame career. One other thing I love about this bobblehead is the colors. The blue and orange just pops off the white jersey. 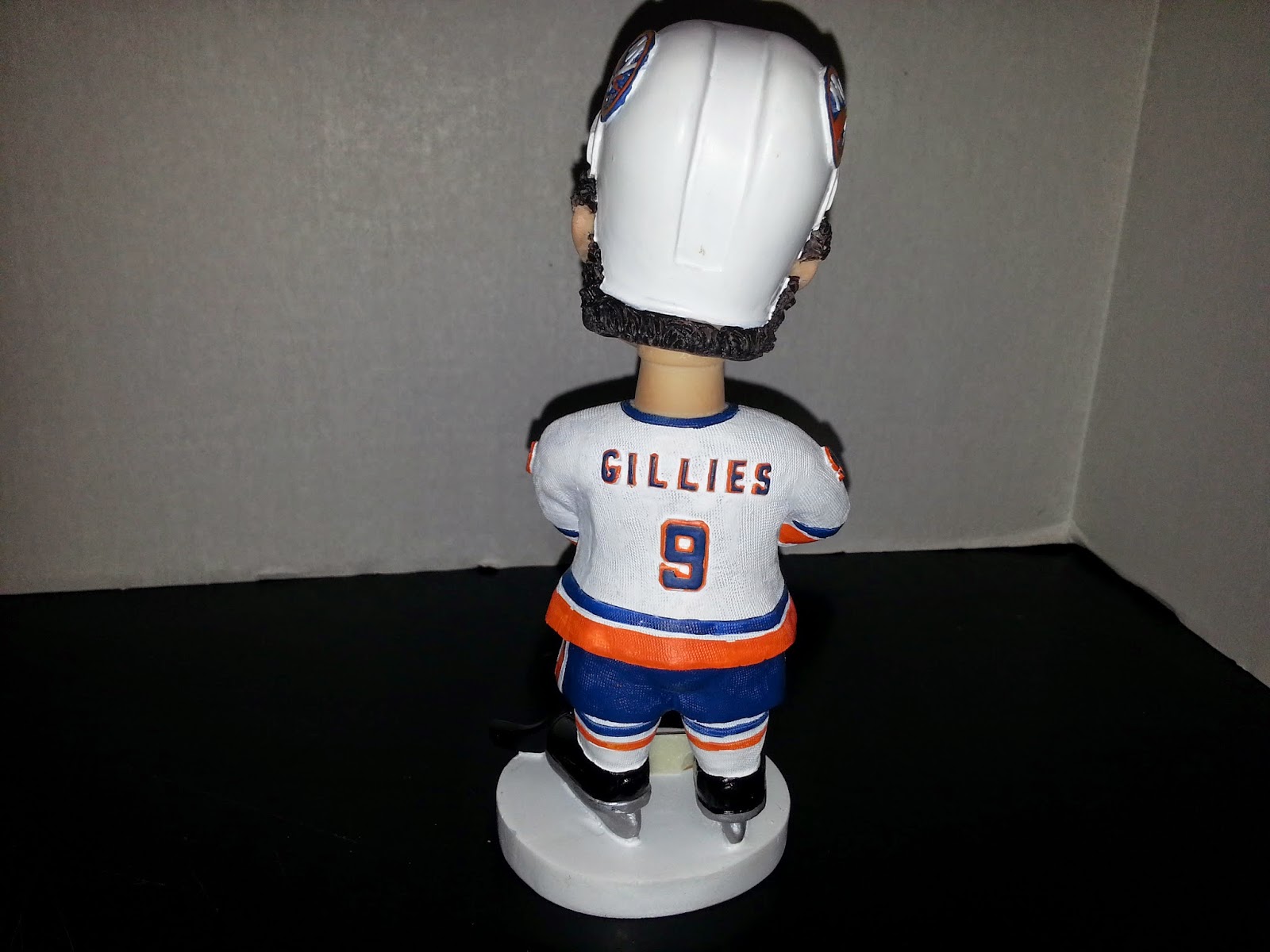 The back of the bobblehead looks as good as the front. I think I may have used overused the word bobblehead in this blog post. 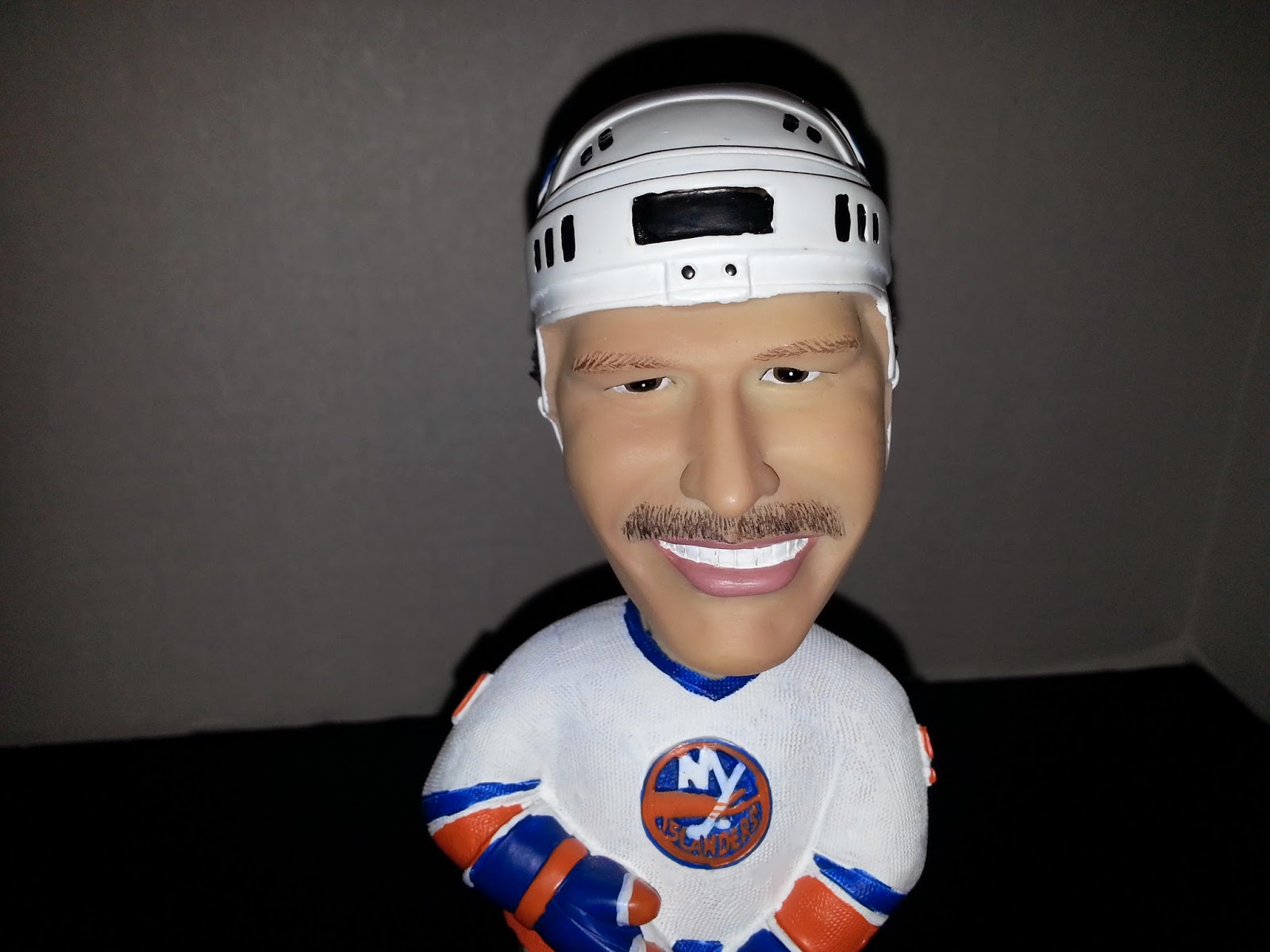 Stop laughing at me!

Being made fun of by an inanimate object aside, I am very happy I can pick up these bobbleheads up and begin what I hope will be a sweet Islanders collection. I plan to also pick up other goodies like pucks, McFarlanes and other Islanders collectibles. With the season they are having and their move to Brooklyn next season, there is sure to be more Islanders merch for me to grab and add to my growing Islanders PC. Hopefully, I can add a pennant that will read "2014-15 Stanley Cup Champions"
Posted by Unknown at 8:02 PM