My Haul From The Westchester County Sports Card Show 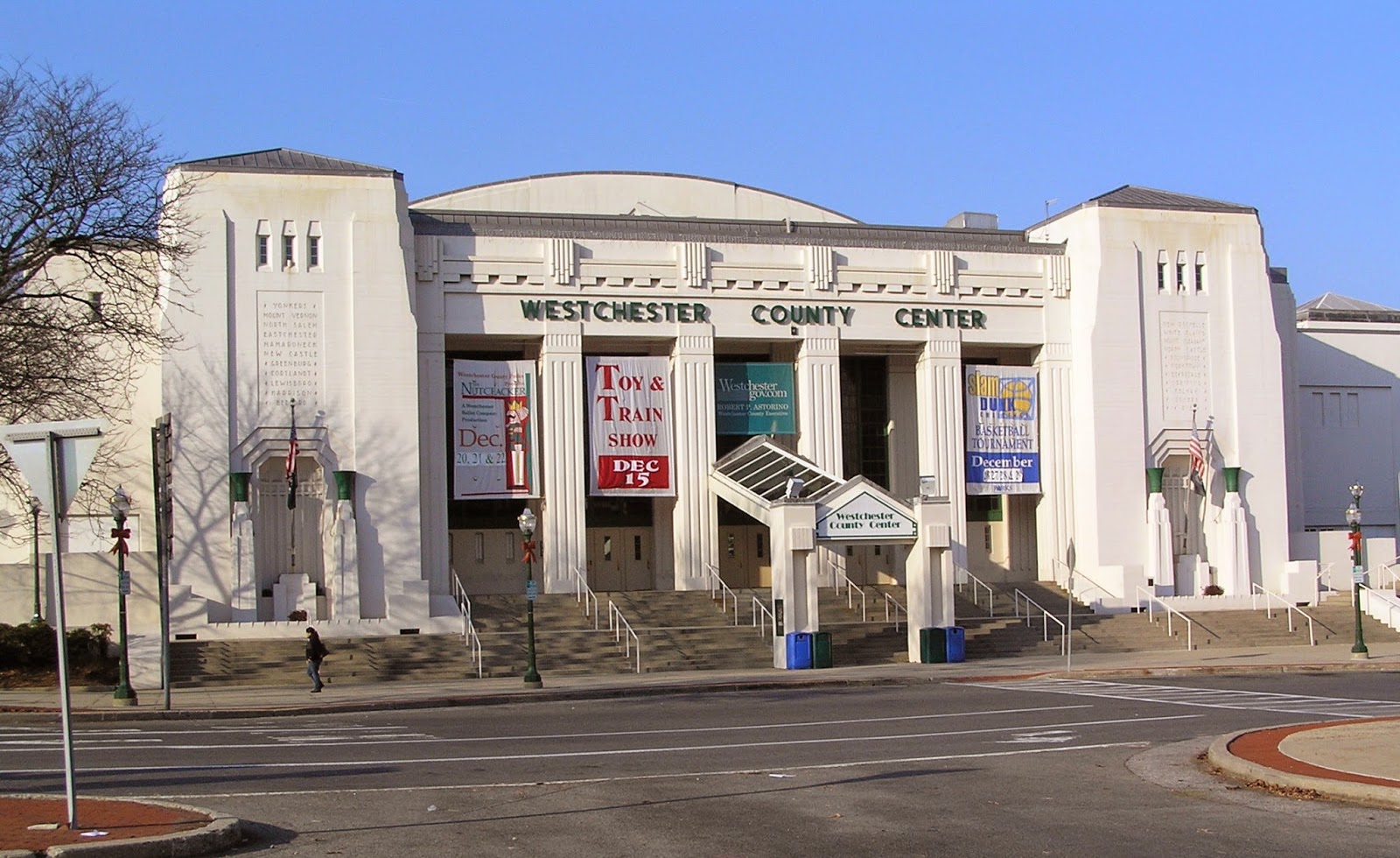 To tell you the truth, I wasn't really planning on going. My emotions were in the toilet in the days leading up to the show and I was prepared to just stay in my jammies, watch my Yankeeography DVD's and eat copious amounts of junk food while washing it down with some frosty Blue Moon. Then Saturday arrived and something in me grabbed my collar, slapped me a couple times and changed my mood rather quick.

Once I got there, I went into "card pickup" mode. My game plan for the day was to grab some vintage Yankee cards for a cheap price, so I knew grabbing the stars would be out of the question and get the free autograph, which was Gaylord Perry, on a 8x10 of him in a Yankee uniform.

I think I did pretty well. 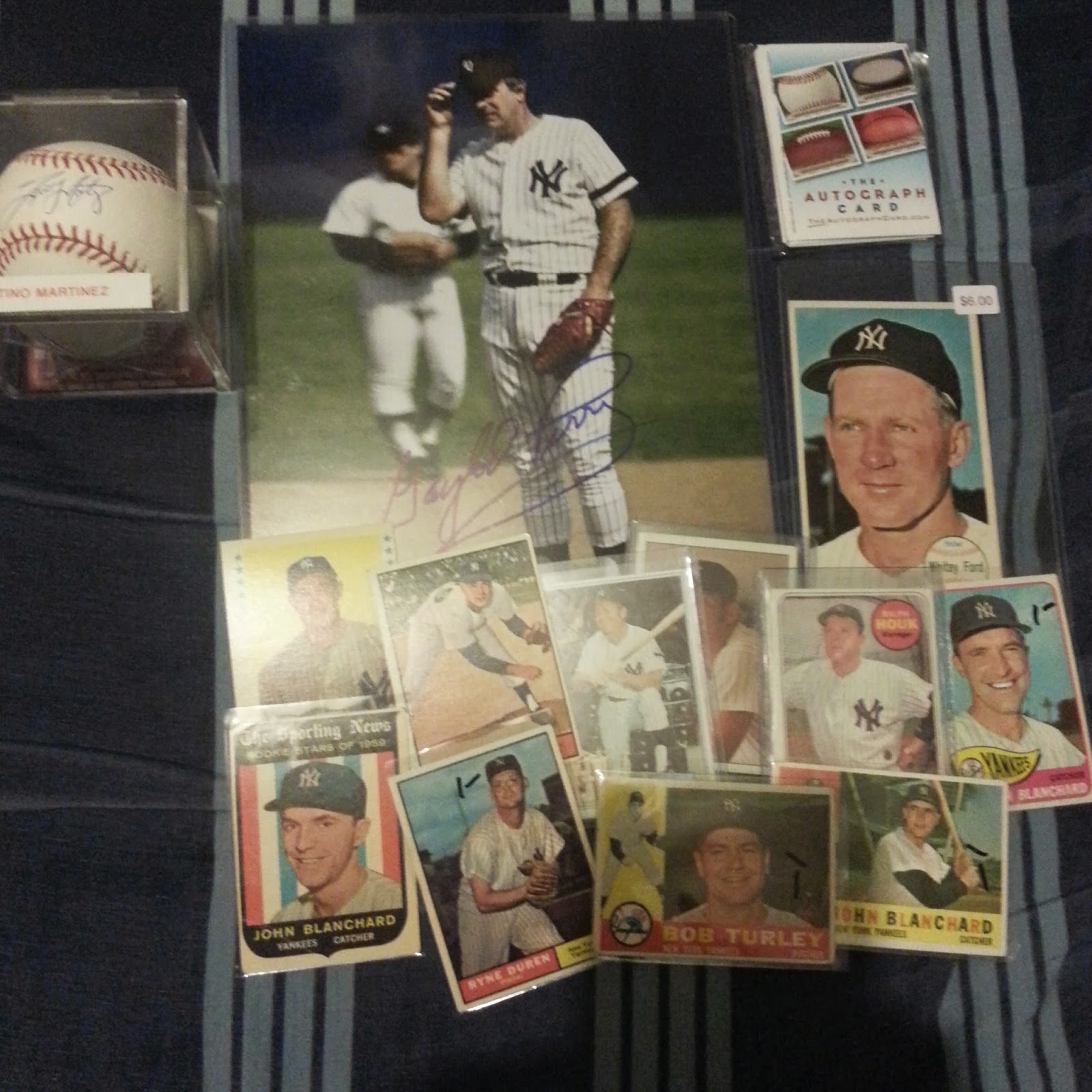 Quite the haul, eh? I actually didn't spend too much for all of this either. I'm rather proud of myself to be honest.

As you can see, I got a pretty nice photo of Gaylord Perry in a Yankees uni for the PC. He wasn't adding HOF to his signature, that would be extra. I didn't mind as he didn't make the HOF based on his time in the Bronx. Let's see what else I got. 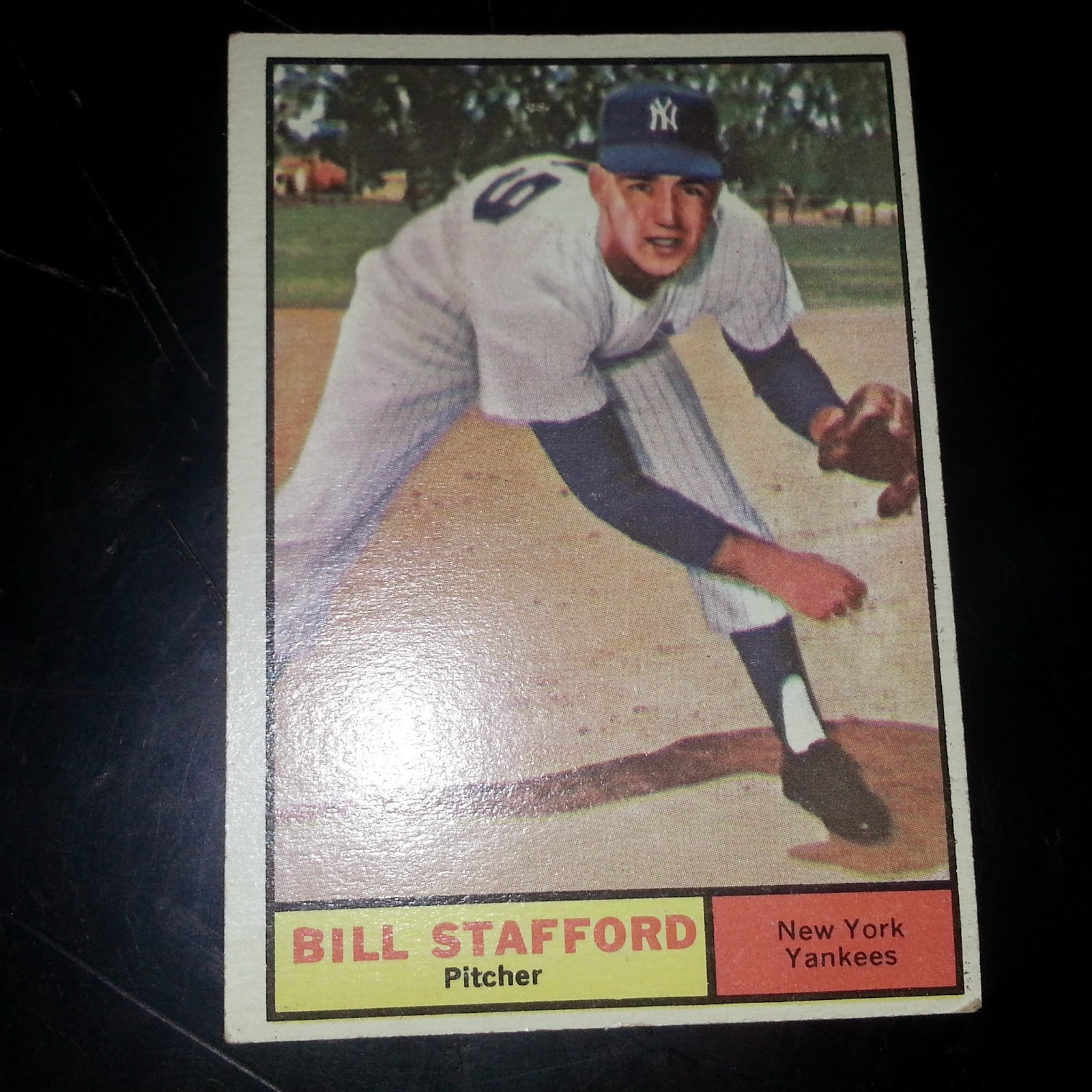 At one table I was able to score this 1961 Topps Bill Stafford card for a buck. The card is actually in pretty good condition. I needed him for the 1961 team set, so I grabbed it. 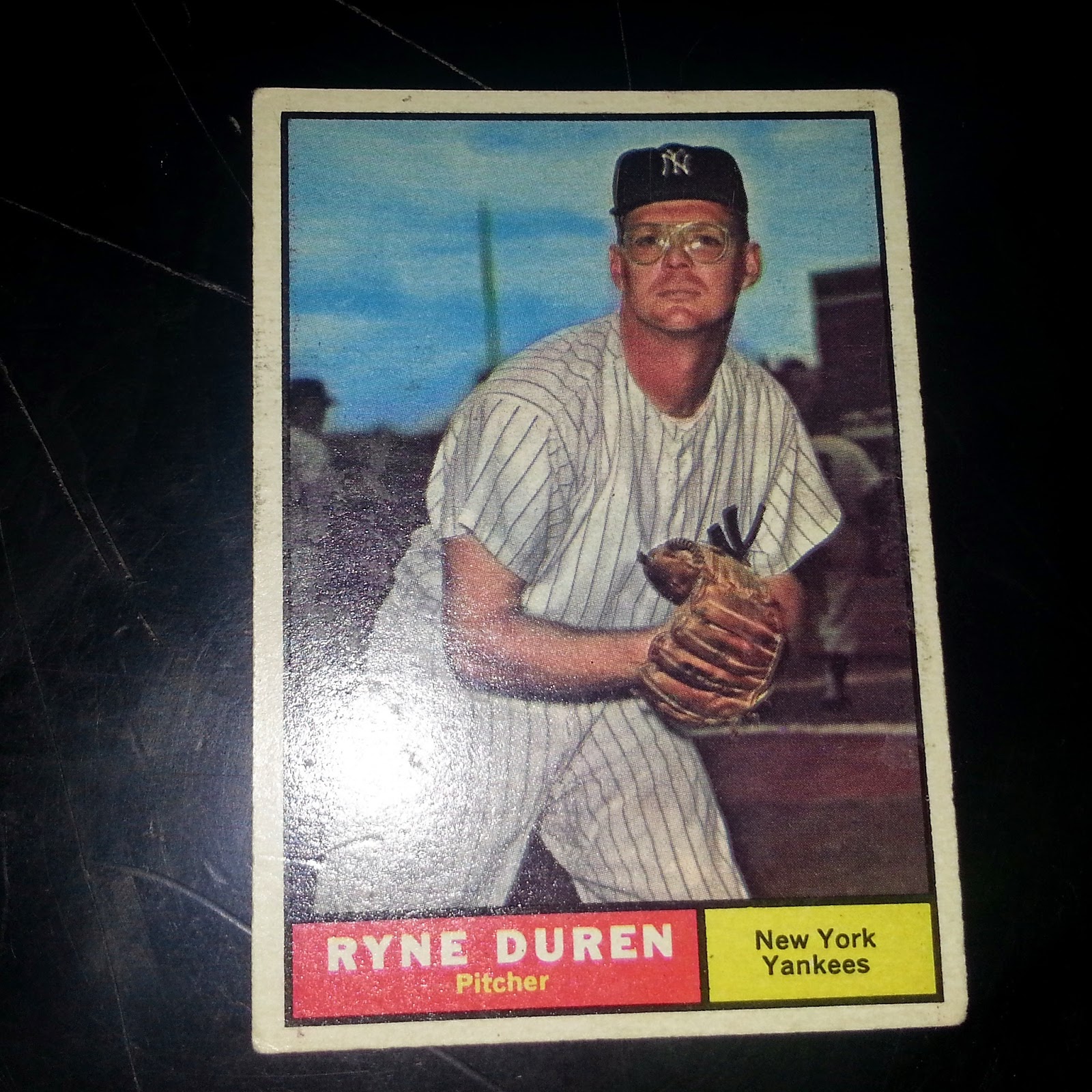 Another addition to the 1961 Topps team set was this Ryne Duren card. I paid buck for it also. I probably should tell you that unless I tell you how much I paid for a particular card, I paid a buck for it. 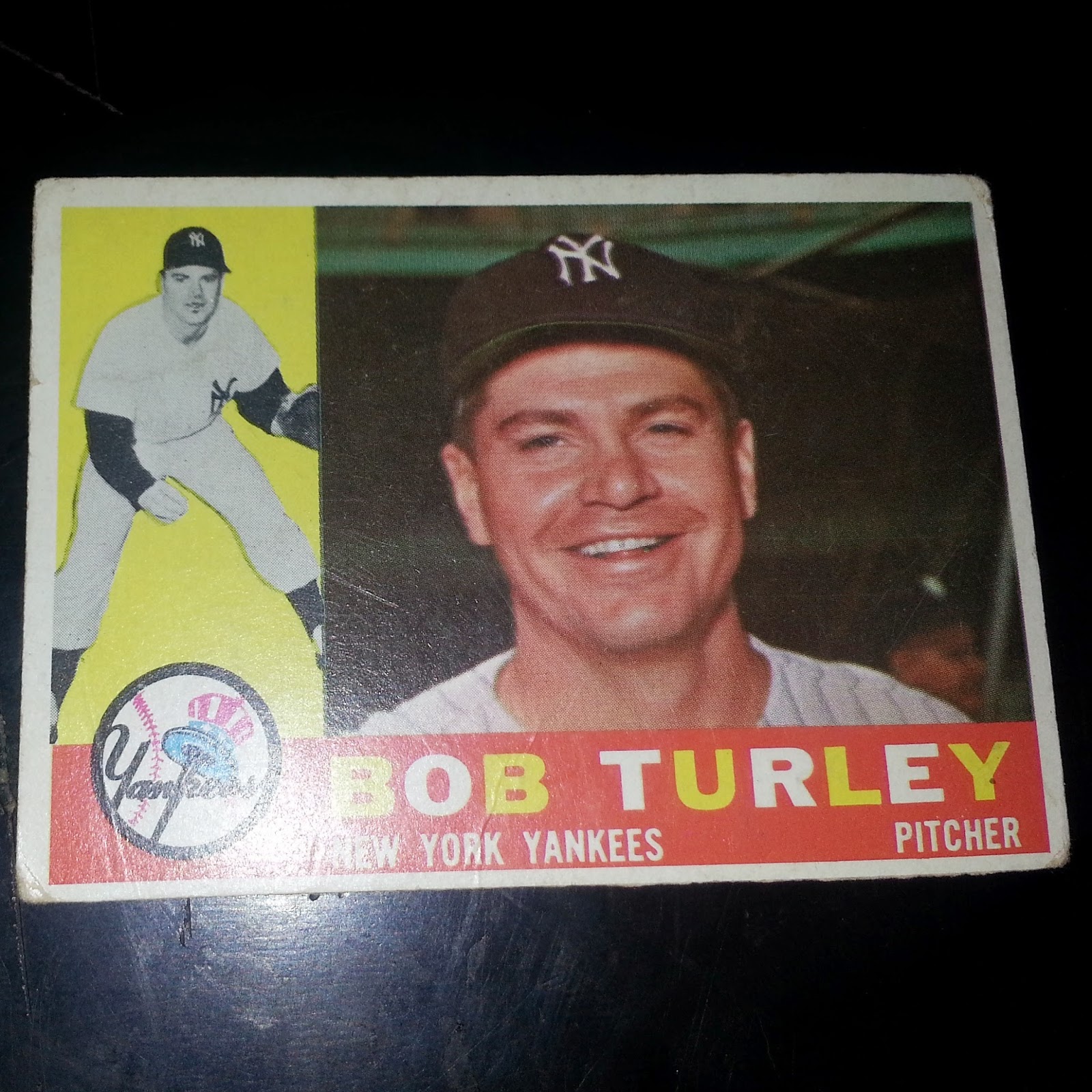 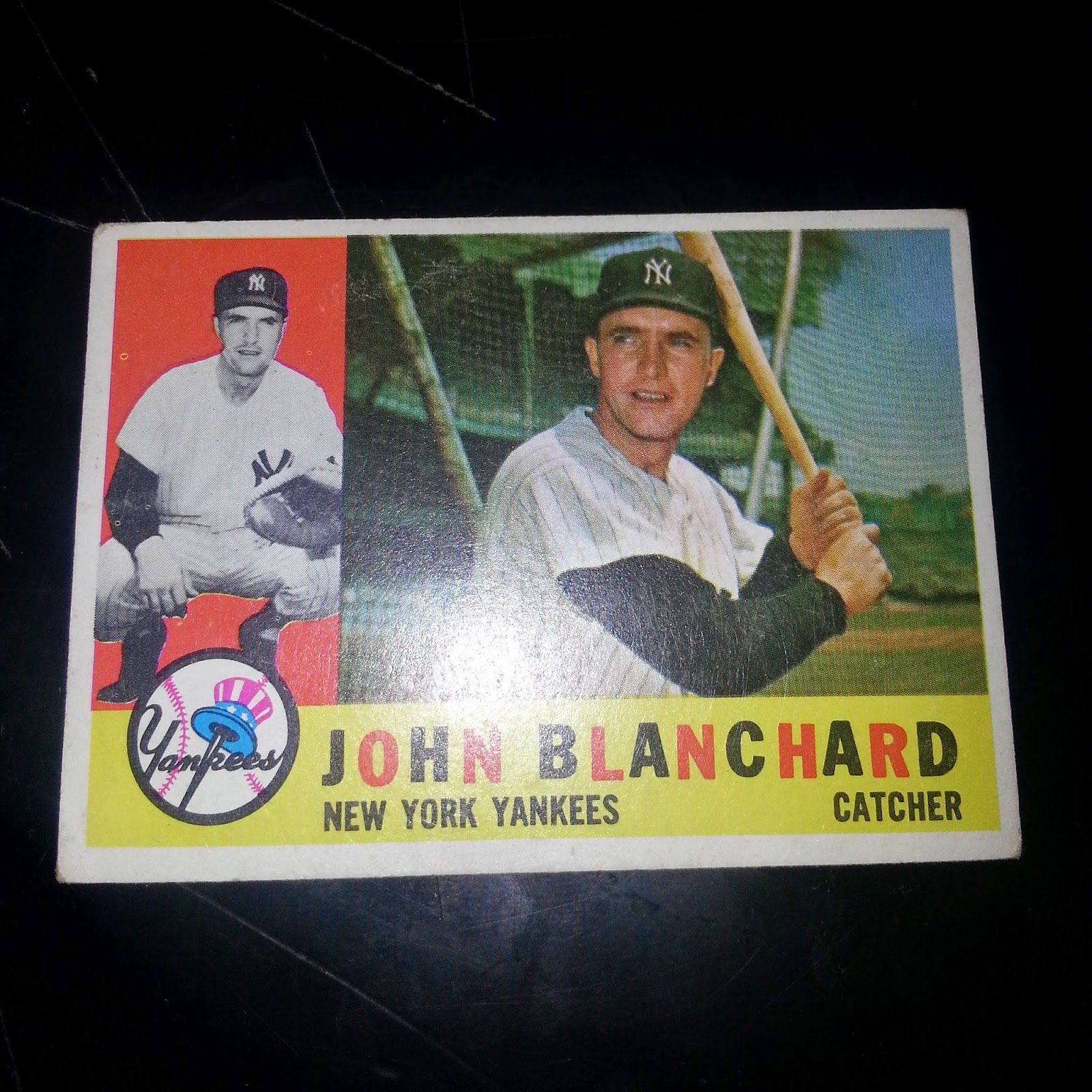 For the 1960 Topps team set, I added these cards of "Bullet" Bob Turley and Johnny Blanchard. I absolutely love the 1960 set, with the small picture on the left and the larger on next to it. The team logo and dual color lettering. I snatched the Blanchard because I love Yankee Stadium backing him up in the main picture. 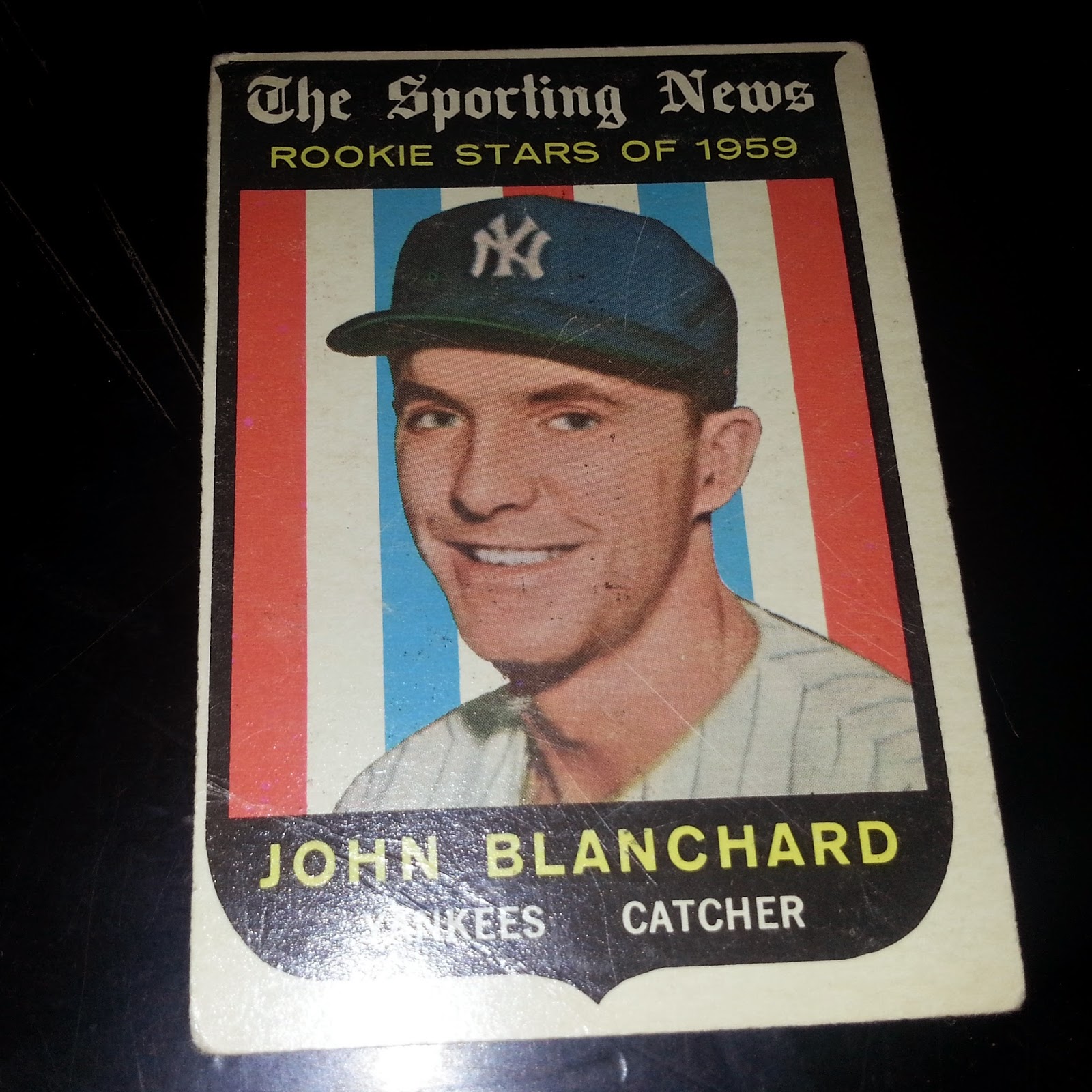 From the 1959 Topps set, I grabbed this Sporting News Johnny Blanchard Rookie Stars Of 1959 card. It was the best from a pile of vintage I was looking through. I'll have to pick up an upgrade on it at a later date. 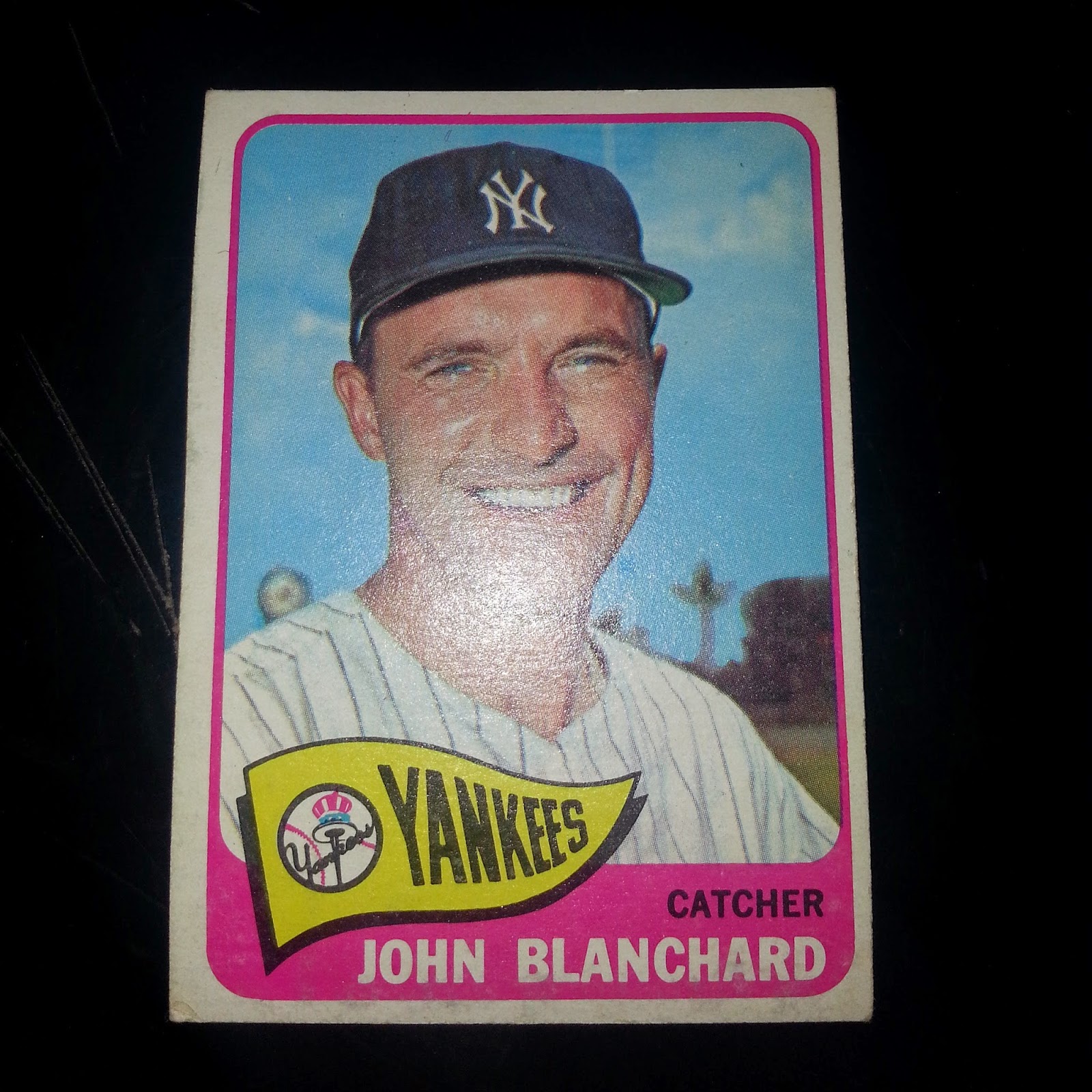 Yes, there's that Blanchard again. This time, I grabbed his 1965 Topps card. Really, it was between this one or the Tony Kubek card from the same set. I was going with the Kubek until I noticed a huge chunk of card missing from the left side. Blanchard came home with me by default. 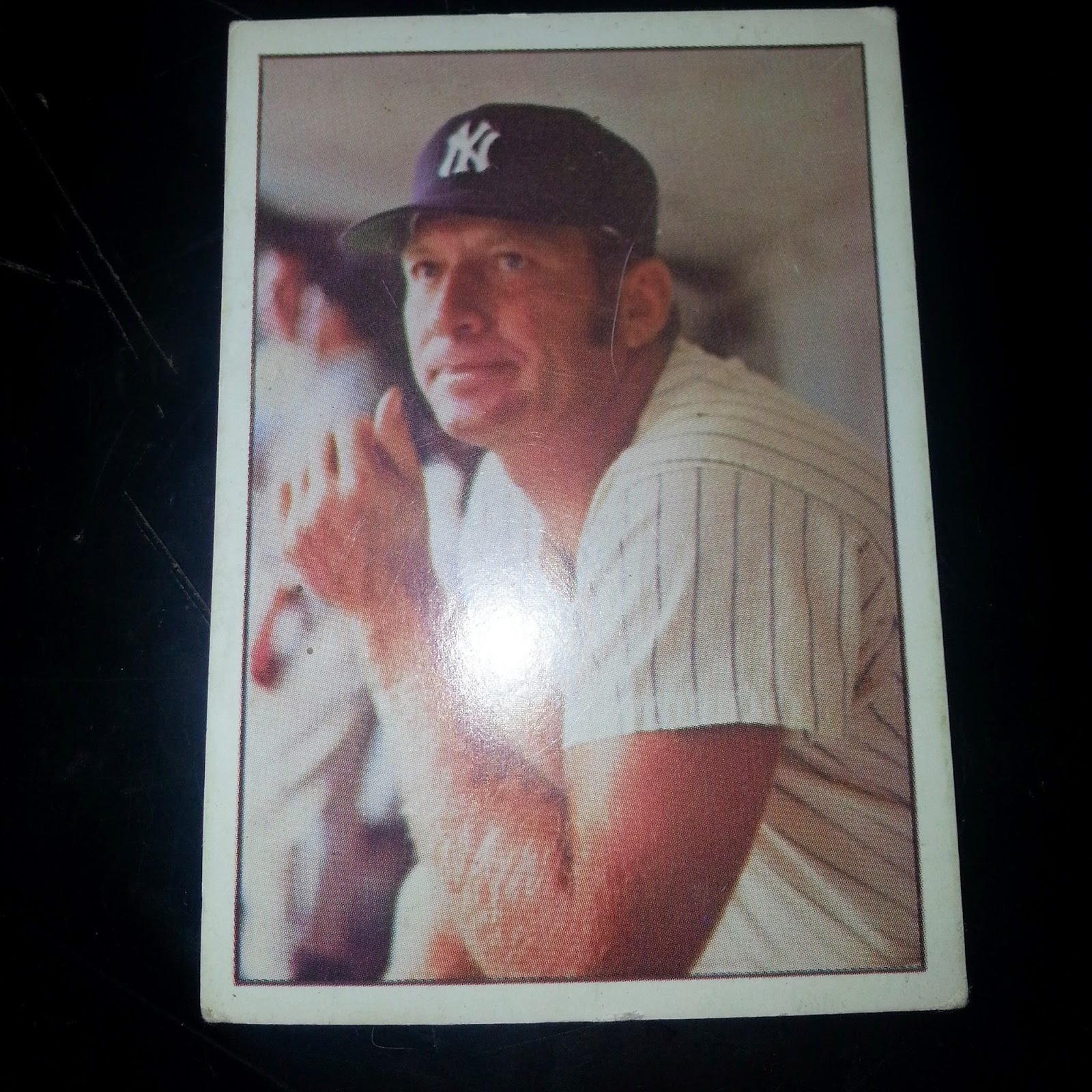 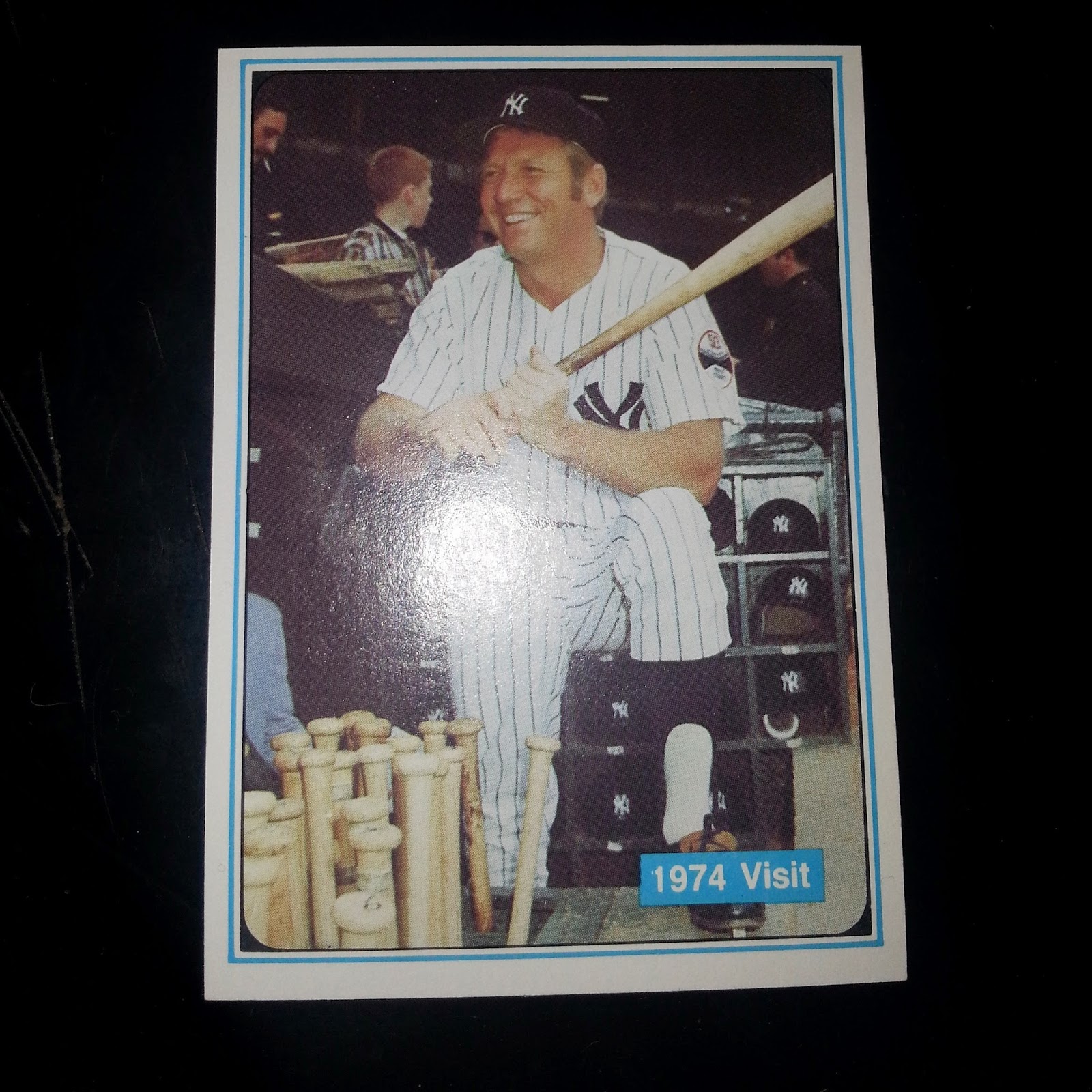 I knew I was not getting a Mickey Mantle vintage Topps card unless it was a reprint. So, I took home two oddball cards to add to my growing Mickey Mantle PC. I added the 1975 SSPC and the not so vintage 1982 Authentic Sports Autographs cards to my collection, happily. I will add some vintage Mantle Topps to my collections someday, even if the card is torn and hanging on for dear life. 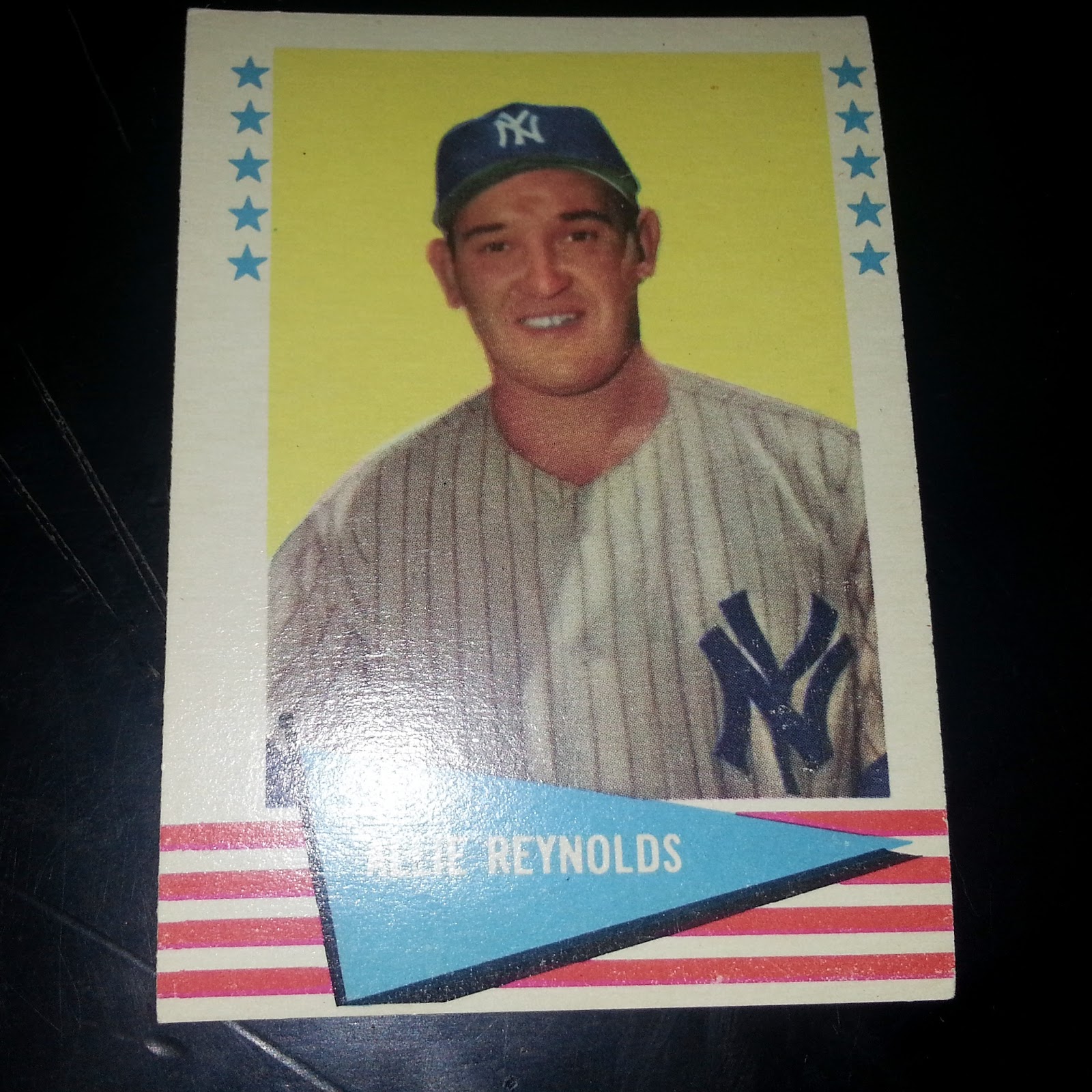 I also snatched this 1961 Fleer Allie Reynolds to my Yankee collection. This is the first card I have from this set. I did see other '61 Fleers, but the condition wasn't the best, so I left them behind. I know, the cards are only a dollar each, I should expect some issues, and I do. But that doesn't mean I am still not going to look for cards that is as close to mint as possible. 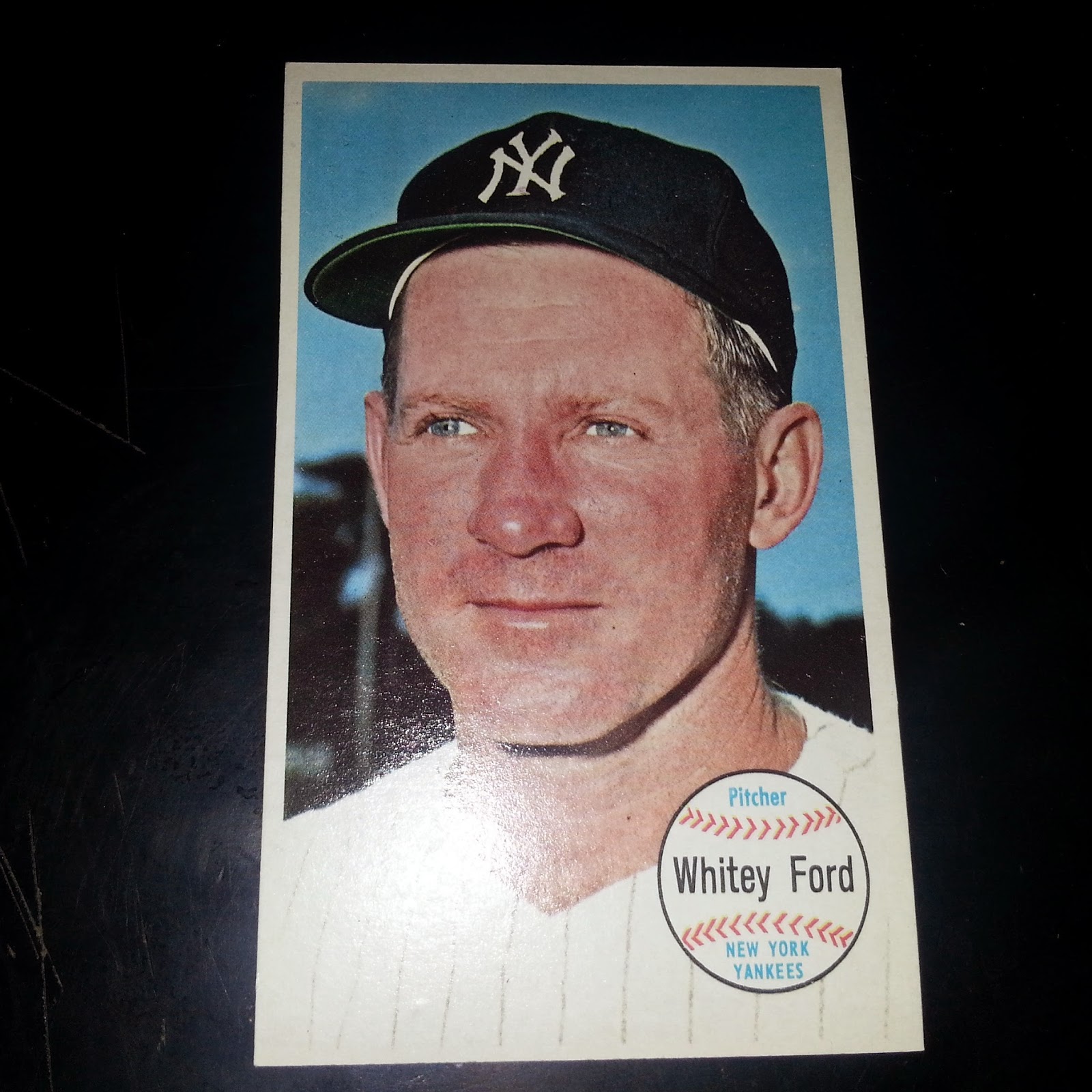 This card was the vintage pick up of the day for me. A 1964 Topps Giant Whitey Ford. I have been wanting to pick up the Yankees in this set for sometime now and I'm glad I was able to knock out one of the big guns for next to nothing. The sticker price was $6.00, which I was happy to pay. It was half off what I usually see this go for on eBay. But when I went to pay, the dealer told me it was $3.00. I tried not to cry as I gave the man the three crisp bills. He did have a Mantle, but was asking $60.00 for it. I passed. 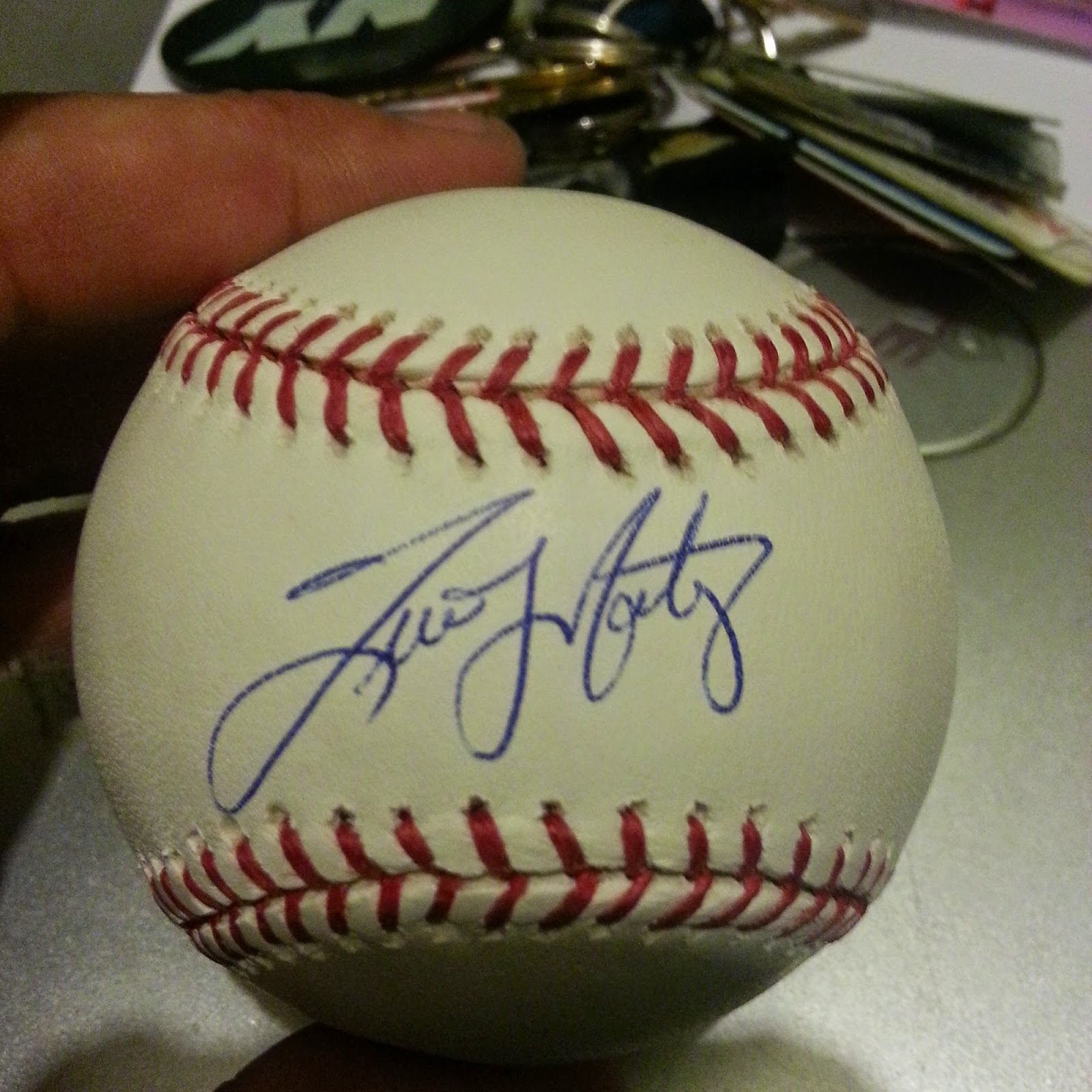 I also finally picked up a signed Tino Martinez OMLB for my Yankees signed ball PC. I have been after a Tino signed ball for a while now. I had missed opportunities to meet him in the past and I was, unfortunately, going to miss his appearance at the show the next day. While I cruised the floor, I came across a dealer that had a signed Tino ball, with JSA Authentication. He was asking $80.00 for it. I said thanks, but no thanks and continued on my way. Later, I came back when the show was about to close for the day. The dealer asked me what I was willing to pay for the ball. Without thinking, I said $40.00, never thinking he would accept a price that was half off what he was asking for. Surprisingly, he agreed and I finally had Tino's autographs in my ball collection. The ball is #47 in the Yankee collection.

Putting it into perspective, If I was able to meet Tino, his signature was starting at $99.00. Then I would have to buy a ball for anywhere from $18.00- $20.00, so I saved a nice chunk of change on the signature. I will get to meet Tino one day. I just won't get him to sign a ball.

And that was my day. Yes, I probably spent some cash that I shouldn't have. But it was money well spent. Not for the cards and autographs, but happiness and confidence. Being out on the card show floor made me forget my problems for a few hours. I got to talk to a bunch of fellow collectors, spotted a few fellow bloggers on the floor (and yet, I won't go up to them to introduce myself and say hi. I'm bashful.) and added some very cool Yankees cards and autographs to my collection. I guess it's true what the ladies say. Shopping is therapeutic.
Posted by Unknown at 10:46 PM