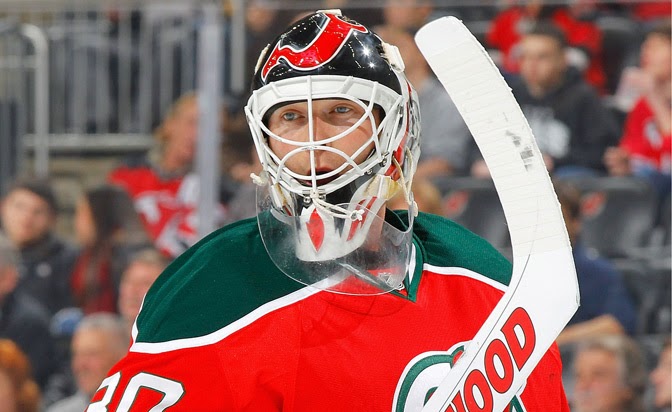 It's no secret that I am an Islanders fan. My favorite player growing as a kid was Mike Bossy and I do collect his cards to this day. But ever since 1994, my all time favorite hockey player didn't play on Long Island. He played against them and beat the Isles on numerous occasions and for that alone he should have earned my wrath. But ever since I watched  a young Martin Brodeur play for the Devils I knew I was watching someone very special. So, when word broke that Marty was hanging up his pads, I felt pretty damned emotional.

I followed Marty's career ever since I first saw him play for the first time during the 1995-96 season. I may have actually seen him play during the 1991-92 season when he played four games for New Jersey when Chris Terreri and Craig Billington went down with injuries, I can't remember. I do know I first took notice of him during the 1993-94 season when as a rookie, he took the Devils to the Eastern Conference Championship and nearly led New Jersey to the Stanley Cup Finals with a fantastic performance that series, which went to 7 games. Brodeur won the Calder Trophy as Rookie Of The Year and I had a new favorite player. 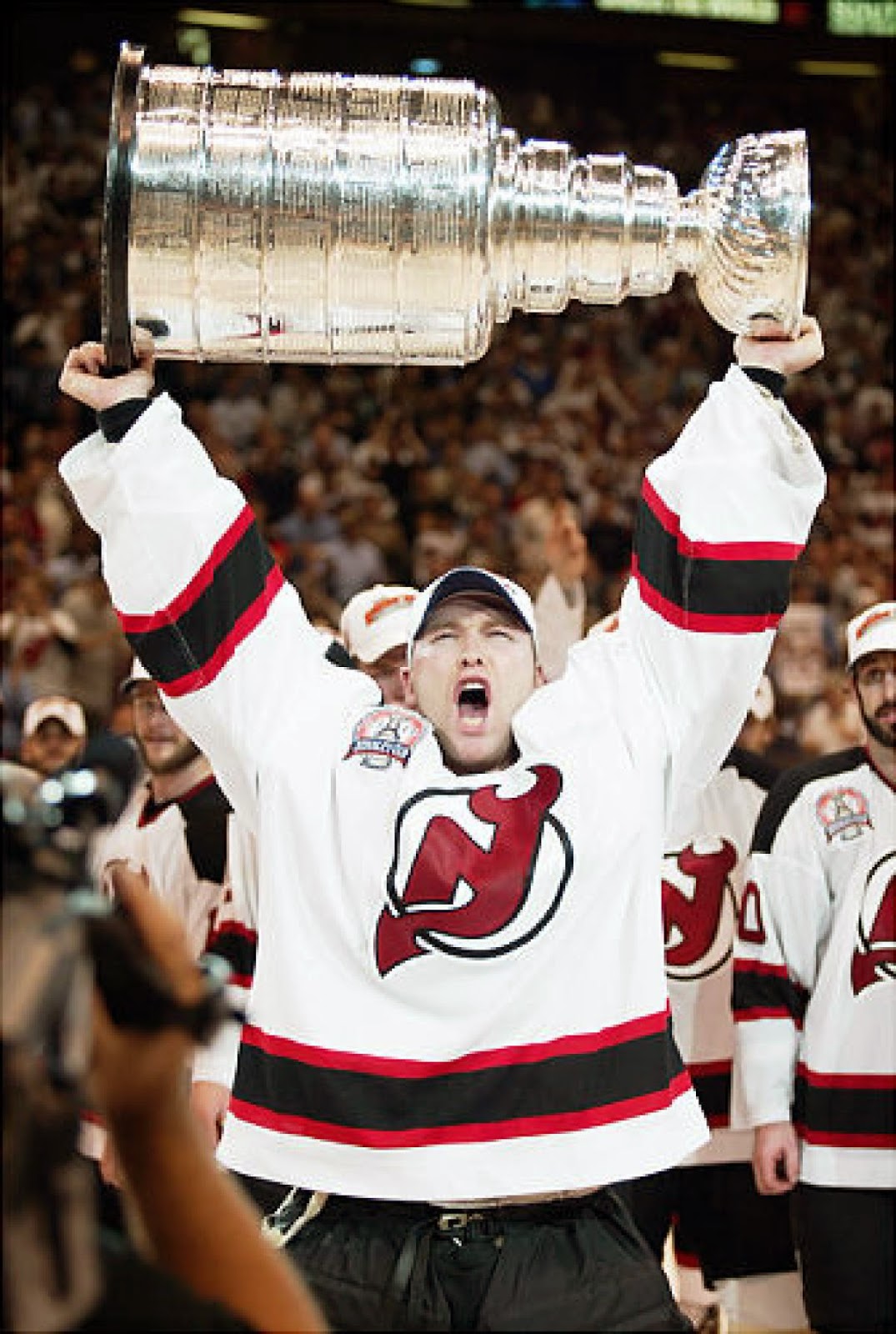 Over the next few years, I got to watch Brodeur win a few Stanley Cups, a few Vezina Trophies as the top Goalie in the NHL and even a few Gold Medals for Team Canada in the Olympics. Even though I rooted for Team USA, I was happy that my guy got a Gold Medal. Every time I watched Marty, it seemed like he made an impossible save that would ultimately win the game for the Devils. I was impressed with Brodeur's hybrid style of goaltending, which has led him to the accolades and records he would achieve during his career.

One of my favorite moments of his career was a moment that I was actually in attendance for. After waiting outside the Prudential Center for hours, I was able to get tickets to see Brodeur take a shot at history. On March 17th, 2009, I was in the stands, watching the Devils beat the Chicago Blackhawks, 3-2 with Marty becoming the NHL's All Time Leader in Regular Season wins with 552. I had never been at an event where history was made. I never went to a game where a No Hitter was pitched, I've never been at a Playoff or Championship game, but the excitement that emanated from the crowd during the game and the pure joy that was felt after the game was something that will stay with me for the rest of my life. 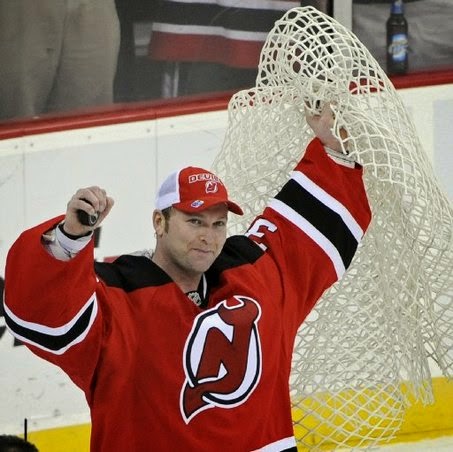 When I got back into collecting cards around 2003, one of the first players I knew I would be collecting would be Brodeur. So I collected as many cards of him I could get my hands on. My collection is more base and inserts than game used and autographed cards, although I do have those as well. As of this moment, my collection stands at 363 cards. That's not a lot, I know. I actually hd stopped collecting Brodeur because his stuff is pretty pricey. Getting an autograph will set you back $75-100.00. Even his inserts can go for a high price. But, I still pick up his cards whenever I see them for a good price and I will always. I would like to re-start my Brodeur collection once I get back to work.

Cards are not the only thing I collect of Brodeur. I have figures, bobbleheads, autographed pictures, a jersey, t-shirt, a puck, a mini stick, even a Wheaties box that I bought off eBay that came from Canada. I'm always looking for items to add to my Brodeur collection. I would like to have a shelf or display case dedicated to Broduer at some point, so I will continue to add to my collection whenever I can.

In the future, I would love to add a signed jersey, maybe a game used stick to my collection. That would take me either getting a six figure job or winning the lotto. I also have a Devils throwback jersey that I want to customize into a Brodeur #29 jersey, to make it look like the jersey he wore when he first came up. Getting the NHL 75th Anniversary patch is easy enough. Finding a Devils 10th Anniversary patch for the back is a lot harder. I would also love to get an autographed puck and have a Brodeur puck collection.

Over the next few days, I plan to show off pieces of my Brodeur collection as a tribute to my favorite hockey player,  It was a joy watching him mind the net for the Devils through out his career. And even at this late stage of his career, he still managed to stick it to the Islanders, this time as a member of the St. Louis Blues. All I could do was smile and shake my head. Somethings never change. I will be in attendance at the Rock when the Devils retire his jersey and raise his number to the rafters and say thank you number 30.