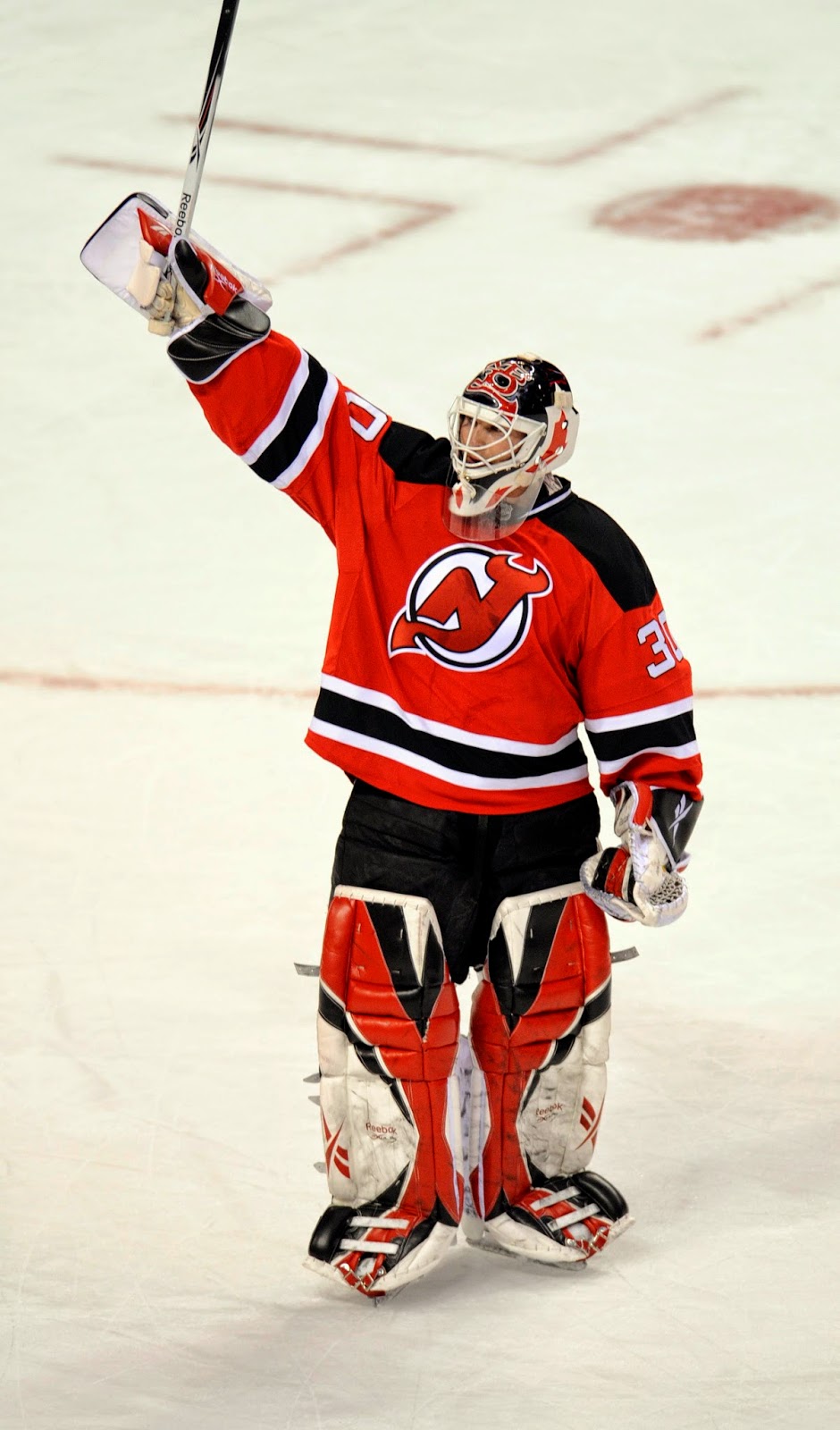 I have seen some Brodeur collections that absolutely blow mine out of the water. When I started collecting Brodeur, I envisioned myself becoming a Brodeur supercollector, but unfortunately, that neer happened. Instead, I have a couple of nice cards and some pretty cool photos of the greatest goalie that ever played the game. 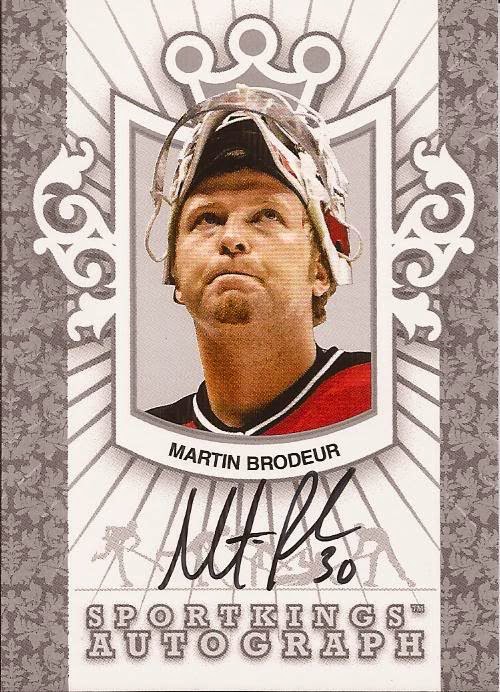 This was the first Broduer graph I picked up. I grabbed it off eBay for around 30.00. It's not the greatest card. SportsKings couldn't show The Devils logo, but despite that, I am quite fond of this card because it was the very first Martin Brodeur autograph I picked up for my collection. 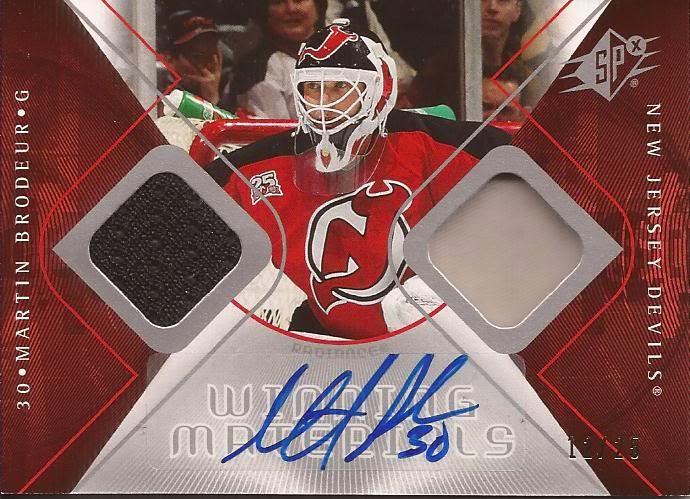 This card is probably the best in my limited collection of Brodeur autographs. This was a pick up at the Westchester County Sports Card Show a few years back. If I remember correctly, I picked this up at the end of the show for a lot less than the dealer was asking earlier in the day. I mentally noted the card, where it was and made sure to swing by later to see if he would take less for it. Surprisingly, he took a lot less. The card went home with me and to this day I am thrilled to have it in my collection. 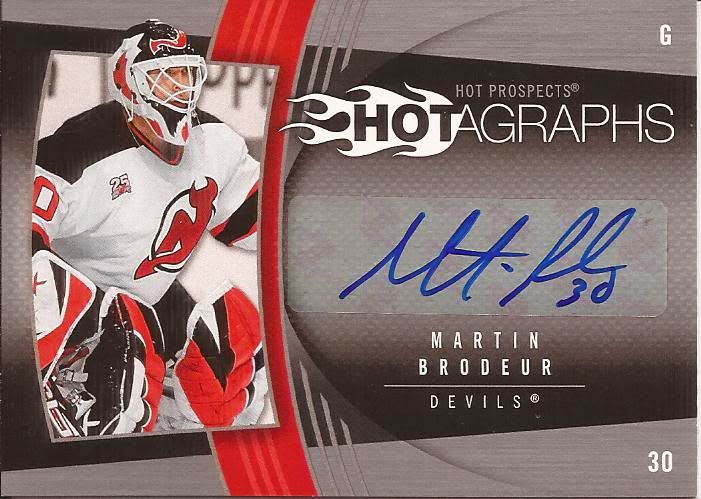 This card was the last Brodeur autograph I have grabbed to this point. I'm always looking to pick up Brodeur autographs, but the prices are at times too high for me. Lucky, I found this card on eBay for a lot less than I paid for the previous two cards I picked up. I would love to have been the guy to thought of the name for this subset. I would have came up with one a lot better than Hotagraphs.

That's all my Broduer certified signed cards. I do have some signed Marty photo's in my collection. 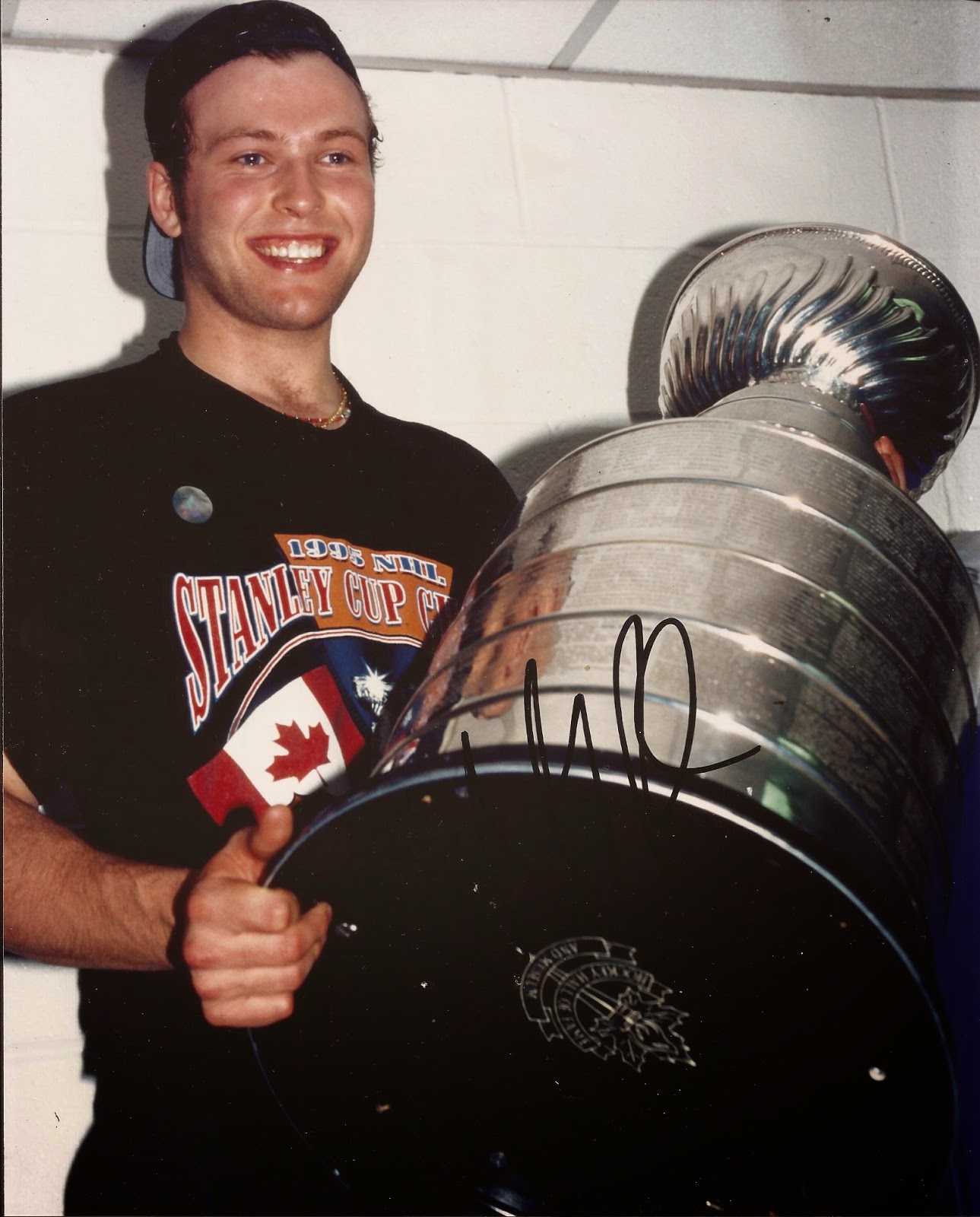 This signed 8x10 was a gift from a fellow collector who was looking to clear out some clutter he had. Now, I don't know about you, but a signed Martin Brodeur picture should never be considered clutter. The only draw back to this picture is the fact that it's signed in black sharpie and most of the signature was signed on he dark part of the Stanley Cup. The guy told me he got this picture in person and I have compared it to other Brodeur autographs and I'm pretty confident that it's a legit Brodeur graph. Despite the placement of the signature I am very happy to have this in my collection. 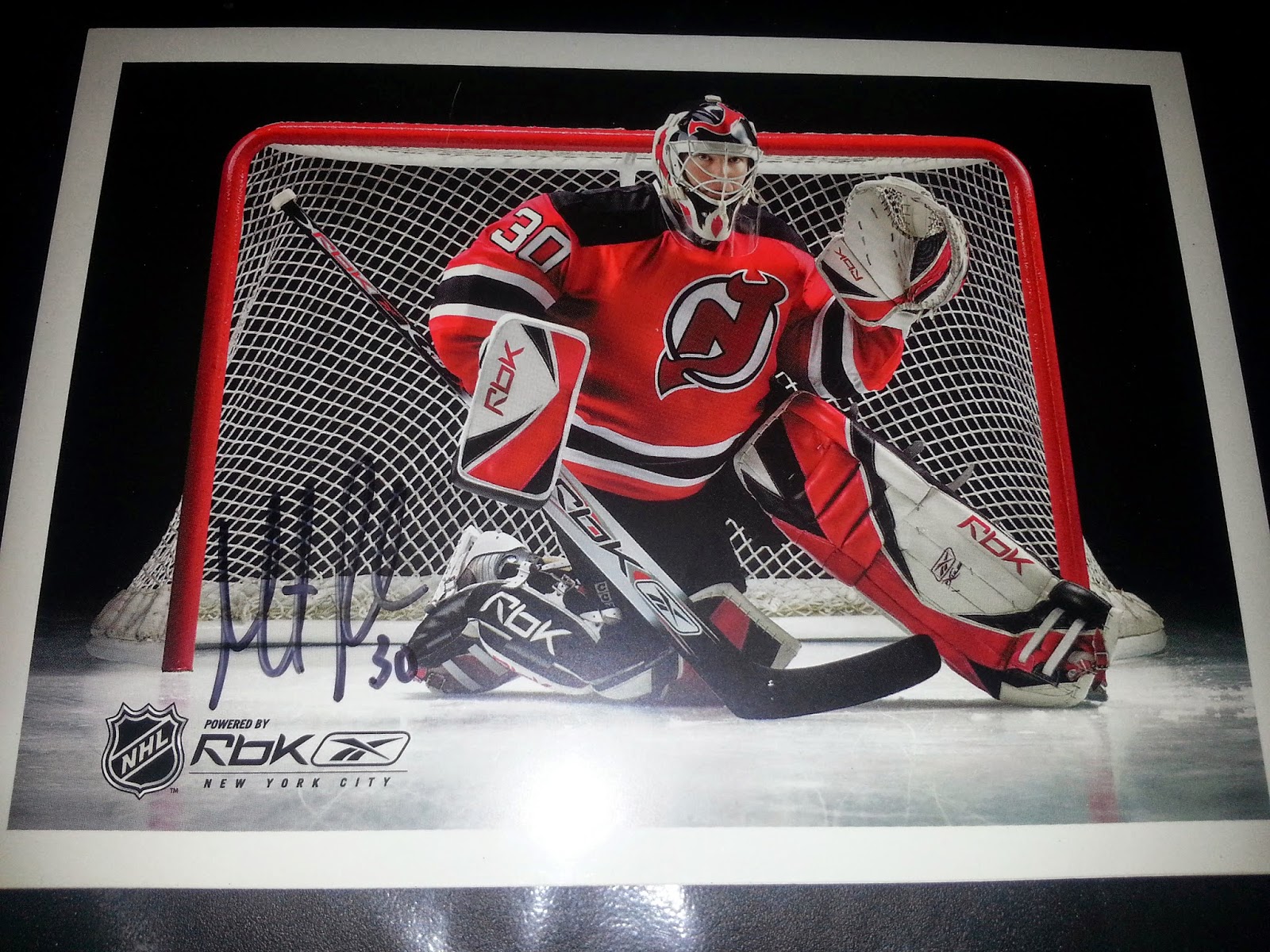 This 5x7 signed photograph is my pride and joy of my Brodeur autograph collection. The one I'd never ever give up. Why? Because I got this picture signed myself. Marty made an appearance at the NHL Store here in NYC and I waited in line for 2 hours to meet him. I initially wanted to have him sign a puck that I had with me, but the store said he was only signing the picture that was provided. As long as I got to meet my favorite player, I was fine with that. He was nice, smiled and shook my hand and thanked me for the complements and that was it. I do hope too meet him again one day and maybe get that puck signed.

I also have a huge photo of the  Devils 2002 Stanley Cup winning team that Marty signed. I just haven't taken a picture of it as of yet. I will try to do so tonight and show it in tomorrow's blog post.

What about my "holy grail" signed items? The ones I dream of owning one day? Well, I still want a signed puck from Brodeur. That one is the easiest to get. I would also love a signed jersey, goalie stick and maybe a helmet. Those are the "Lotto Money" purchases. I can tell you if I ever did get those items, I would cherish them just as much as I cherish the autographs I have shown you today. There are not that many players I would spend that much on, but I would for Martin Brodeur.
Posted by Unknown at 2:16 PM