Stickers? I Went Ga Ga For Them 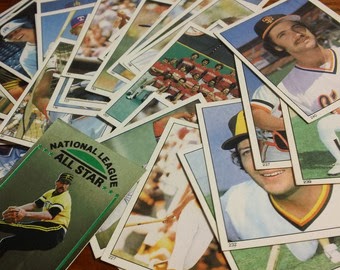 Over on one of my new favorite blogs, Mark's Ephemera, Mark showed off a haul of 1972 Sunoco NFL Stickers. These were stickers you could only get from the gas station, Sunoco. I was way too young to be able to collect these stickers, so I was never able to get them. I have always wanted to collect the Jets set, but I haven't gotten around to it just yet.

Now, about 9 years later, Topps released a set of stickers that I and every baseball fan I knew my age not only collected, but went absolutely nuts over. 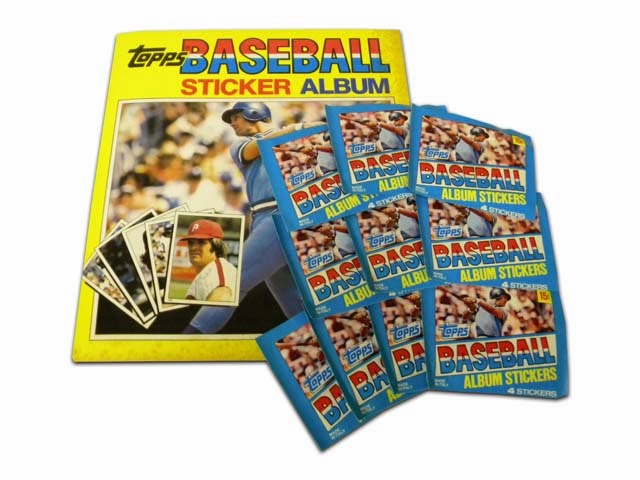 I remember when the album and the stickers first hit the stands. I was in my third year of collecting baseball cards and I loved it. In fact, I remember how much I was enjoying picking up packs of cards and gnawing on the gum that came with the packs. One day, my mom and I went to the local newspaper stand. While my mom was picking up some lottery tickets, I wandered over the comics section. I was, as I still am to this day, a fanatical Spider-Man and Batman fan, so I was looking for the new issues. I remember spinning the rack one half spin when I saw a large yellow book. There was a picture of George Brett on the cover and it read Topps Baseball Sticker Album. Intrigued, I picked up the album and bought it to my mom. Knowing my obsession with baseball, she was more than happy to pick up the album for me. That and I'm sure the 25 cents cover price had something to do with it. Plus, a pack of 4 stickers were 15 cents and that pretty much sealed the deal. I remember walking out with the album and about 2.00 worth of stickers.


That summer, I bought pack after pack after pack of the stickers, trying to complete the Yankees page, then the set of 262 stickers. I would buy the packs, trade the stickers and even got some as gifts, but I don't think I ever completed the set. But it started me on a love affair with sports stickers that would last the next few seasons.

Later that year, I picked up Topps released 1 more sticker album that I picked up and also attempted to complete my team first, then the set. 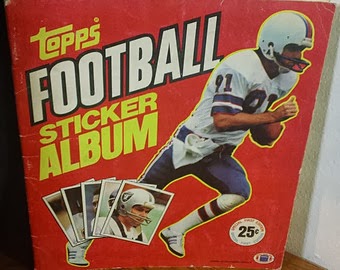 The obsession continued over the next few years. I even added a new sport to collect in 1982.


The 1982 Baseball Album with Gary Carter on the cover 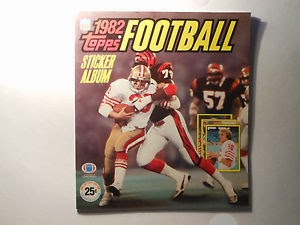 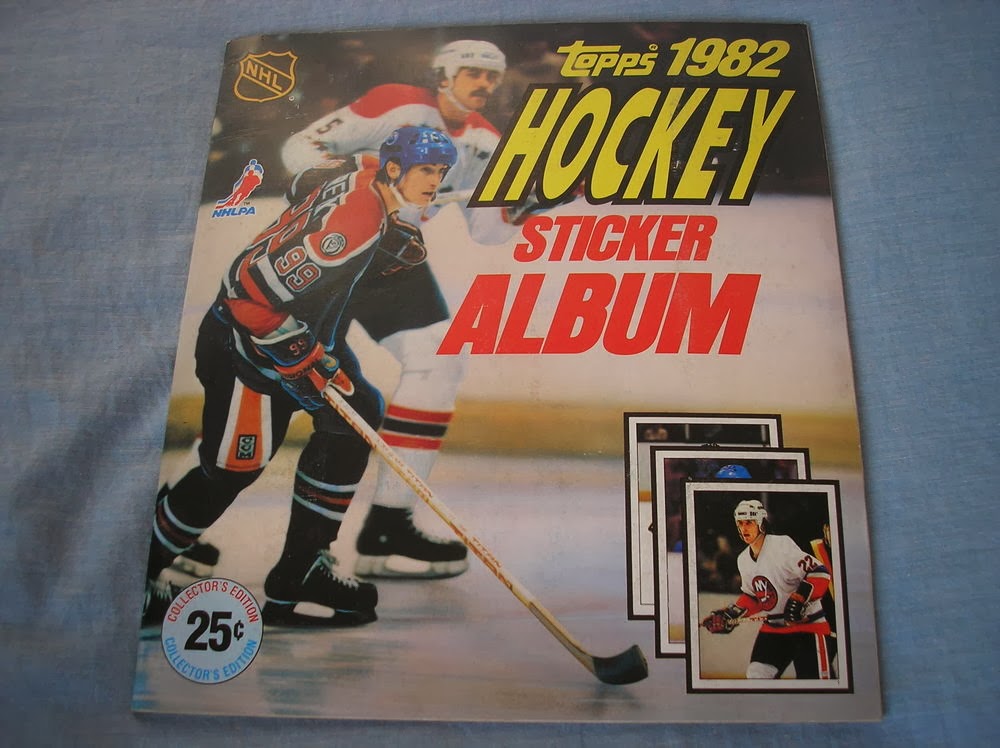 And Hockey. See Mike Bossy on the lower right hand corner? I didn't rest until I had a Bossy sticker and I did get him. I only wish I didn't stick it on the Islanders page. It would look pretty sweet in my Bossy Binder right now.

Fleer got into the sticker album biz as well. 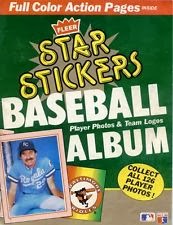 I did not collect the Fleer stickers as passionately as I did the Topps stickers though. I don't even know how long Fleer lasted with them.

My sister even got into the sticker album craze. 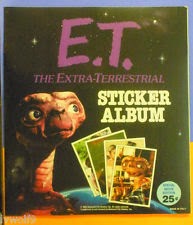 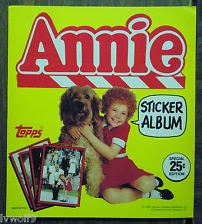 I continued to collect the stickers and the albums for the next few years, but eventually, my passion for stickers and albums waned and I stopped completely.

A couple of years ago, I saw that Topps and Panini (who made the stickers for Topps in the 80's) started to produce stickers and albums again. I looked them over and they seem nice. But they did not reignite the interest I had for them that I once had in 1981. I may start to pick up the stickers again. Heck, I may even go on eBay and pick up the old albums and sticker sets. But even if I never get back into the sticker game, I will never forget the feeling if excitement I had when I first saw that yellow album on that spinner rack.
Posted by Unknown at 8:03 PM