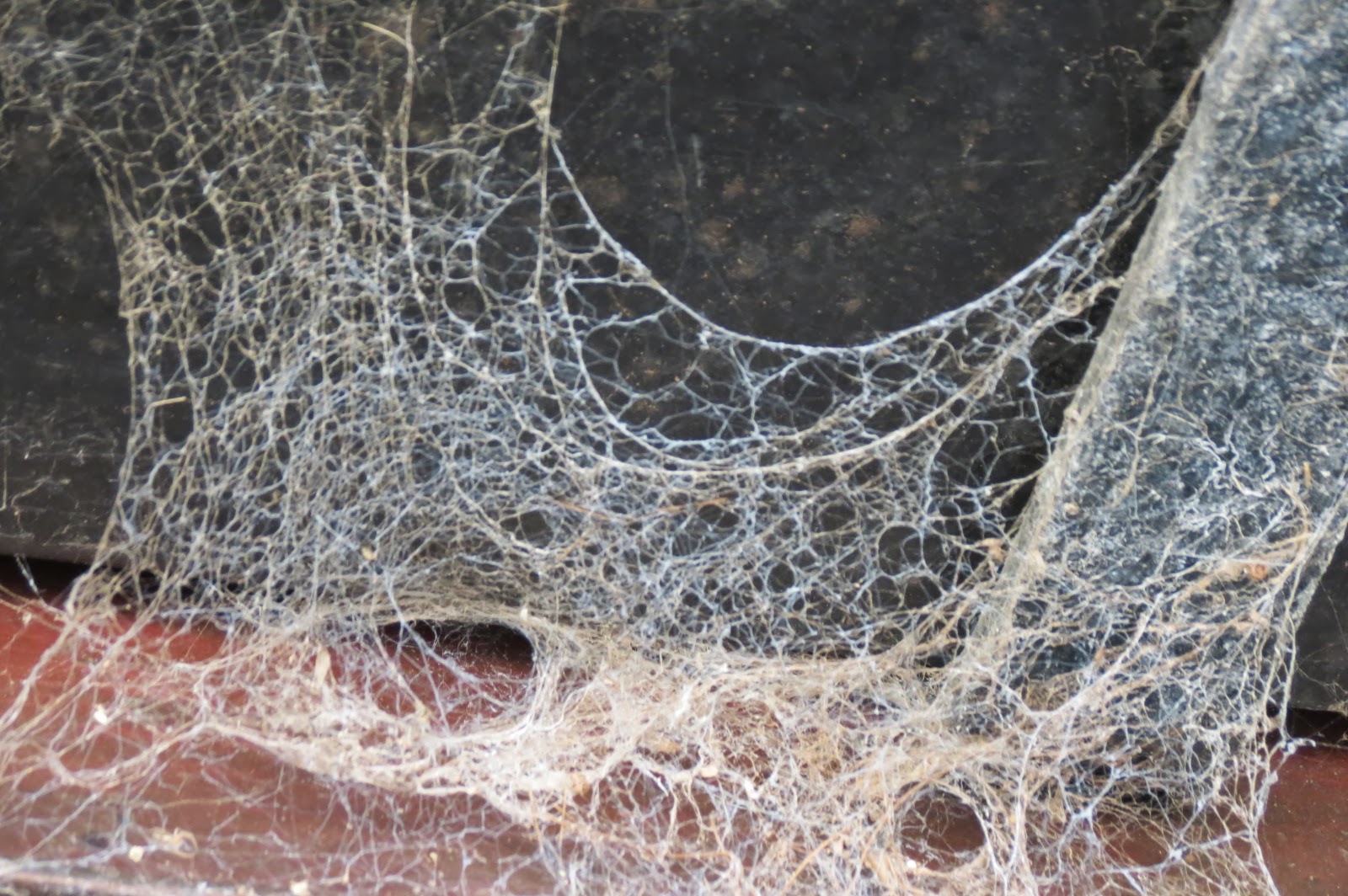 Yes, I know it's been a while since I've blogged here in. So long that it feels like there's cobwebs in here.

OK, now that we got that bad joke out of the way, we can move on.

Just because I have not posted a blog here in the Sports Room in a few months, doesn't mean I haven't been picking up new additions. I just haven't shown them off. But I promise that I will.

I spent a lot of time working on the sister blog, The Sexy Geek's House Of Swag that the Sports Room got a little neglected. And if truth be told, I kind of lost interest in sports collecting for a bit. But I got bitten once again by that bug (probably when I was cleaning up the cobwebs here) and the passion is brewing once again. I don't think I fully lost it. I just think I concentrated on one aspect of my collection and put another away for a bit.

Since we are in mid January, I thought I would share my collecting goals for the new year. Things I want to add to my collection, stuff I'd like to pursue and what I would like to concentrate on in 2014.

Much like the collecting, I had put aside sending out requests for autographs through the mail. To be honest, I actually got tired of writing letters and looking for something to send out. Then I started watching successes on YouTube and I joined a few autograph forums on Facebook and all that lit the fire in me to try and add more autographs of former and current players. I do have a few ideas on how to make things easier on me when sending out requests, but I am always open to suggestions.

It's not to say I don't have a few cards from the 50's and 60's, but that's the problem. I only have a few. I would absolutely love to have complete Yankees team sets from those decades, but as you all know, that could get very expensive. When those teams had players like Mickey Mantle, Yogi Berra, Whitey Ford, Roger Maris, Phil Rizzuto, Elston Howard and Billy Martin, your talking cards that can cost a pretty penny. But, where there's a will, there's a way. If I look hard enough, I'm sure I can find some vintage at some decent prices.

3-Pick Up Some Vintage Yankees Pieces

By this I don't mean just cards. I also collect anything that is Yankees related so there are some pieces that I would love to add to my collection. 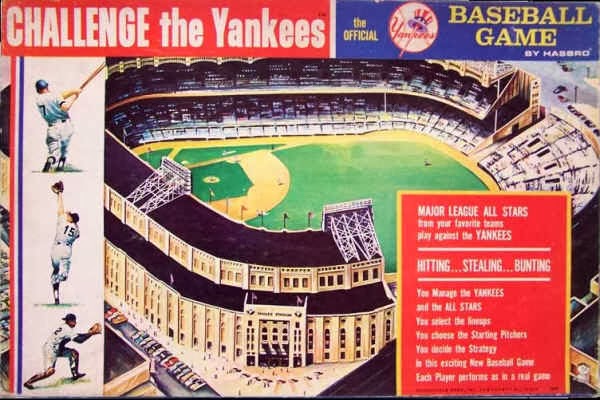 This is a game that was put out for the 1964 and 1965 seasons by Hasbro. It came with a game board, score board, strategy and results card and 50 picture playing cards (25 Yankees and 25 All Stars) as well as a pair of dice. Die rolls indexed on each batter card determines the result of the "pitch". Seems kind of like Stat-O-Matic. According to keymancollectibles.com, the game can go for anywhere from $350.00- $1,200.00 for the '64 version to $450-$1,500.00 which means I won't be adding this game to my collection anytime soon. 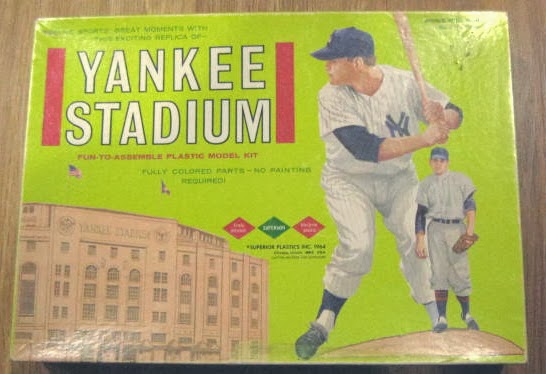 Here's a Yankee Stadium model kit from the 1960's. I have never seen this before, which probably means it's uber expensive as well.

I can go on and on about vintage Yankees memorabilia I would love to add, but I will save that for another blog post.

Last, but definitely not least, is to organize my collection. I have my cards in boxes when they should be in either binders or organized in long boxes. I have so many shoe boxes that you would think I lived in Payless. But there's not a shoe to be found, but cards and lots of them. It's high time I get off my booty and get my collection organized so I can catalog it and put it up on shelves. I would also love to either have shelves built or get myself some curio cabinets for my bobbleheads, figures, autographed baseballs, mini helmets, basketballs and hockey pucks. I have all these in Rubbermaid boxes or cardboard boxes and it's time they see the light of day. I will probably wait on the displays until I make my big move, but the cards should be organized and cataloged. I'm tired of going to card shows and re-buying what I already have.

Obviously, there are other things I will do this year, like add to my bobblehead, Wayne Chrebet, Patrick Ewing, Mike Bossy, Mark Teixeira and Tino Martinez collections. I would also like to blog more often, like in at least a couple times a week.

If I can accomplish all this in the span of one year, then I would probably feel like I can conquer the world. Or at the very least the block that I live on. I used to be very goal oriented but somewhere along the way I got sidetracked and all I now have a ton of things I need to handle. So, it's time to roll up my sleeves and get my helmet on. 2014 will be the year that I handle my goals so that way I can come up with new goals for 2015.
Posted by Unknown at 11:37 PM