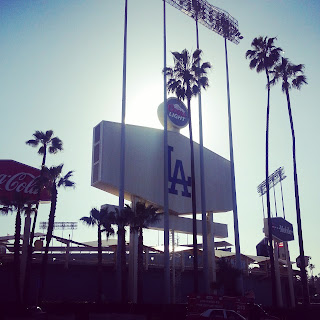 I just returned from an awesome mini vacation in California. I visited cities like Huntington Beach, Anaheim and of course, Los Angeles. I got to visit Angels Stadium and watch a game at Dodgers Stadium. I have pictures I would love to show you all, but for some reason, I am having issues uploading them. That's what happens when your phone company is Sprint and your wifi is Optimum. I guess you get what you pay for.

One of the highlights of my trip was finally meeting Josh, who is known to all of us fellow bloggers as DodgerBobble. Josh and I have been friends for a while now and when I told him I was going out to Los Angeles. he told me to let him know when and we would hang out. I got the chance to do just that when Gina and I went to The Dodgers/Marlins game on Friday, May 10th.

When Gina and I got to the stadium, we were supposed to have met Josh downstairs on the field level. Since  the Marlins were in town, I wanted to try to get Tino Martinez, who is now the Marlin's hitting coach, to sign. Since we were sitting up in the loge level, security would not let us downstairs. Josh came upstairs and chatted with us for a few minutes and then I was able to go downstairs with Josh and his friend. We made our way to the Dodger bullpen to see about last minute autographs. After the National Anthem was played, We were able to get a couple of autographs. 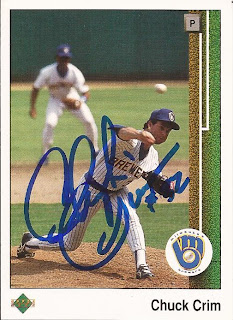 The first auto we got was from Dodgers bullpen coach, Chuck Crim. Crim pitched for the Brewers, Angels and Cubs. He led the American League in games pitched in 1988 and 1989. Crim signed this 1989 Upper Deck for me. 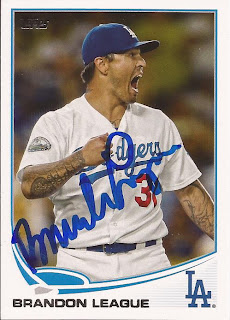 Brandon League was the player I was able to get. League is not having the best season so far. He is 0-2 with a 6.28 ERA, but does have 8 saves. League signed this 2013 Topps card for me. 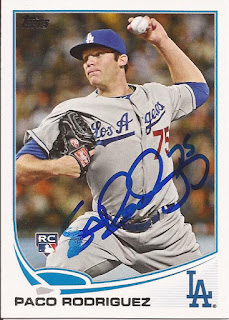 My final autograph of the day was from Paco Rodriguez. So far this season Rodriguez is 0-1 with a 2.51 ERA. Rodriguez also signed a 2013 Topps card.

After that, it was the start of the game. Before I went back up to Gina, Josh gave me this autograph: 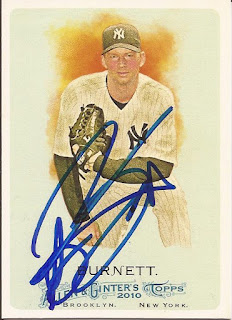 I have been wanting an AJ Burnett autograph for my Yankees PC for a long time. He never had any certified Yankees cards nor did he ever return my TTM requests. I saw on Facebook that Josh had gotten Burnett to sign and I wanted to trade for this card, but Josh just gave it to me for free.

Later on, Josh showed me some awesome things at Dodger Stadium, but I will save that when I am able to upload the pictures.

I want to thank Josh for the cards for the autographs. He picked up the Dodgers team set for me and gave me a few other cards for graphing. I also want to thank him for tour and for being such a great friend. If you haven't checked out his blog, please do so here:http://www.dodgerbobble.com/

By the way, when Gina and I left the ballpark, we saw Josh waiting for players to come out. He suggested we wait to see if Tino Martinez showed up. After a while, I gave up and left with Gina. Then I later find out that Martinez showed up a little later and Josh was able to get him to sign a ball for him. 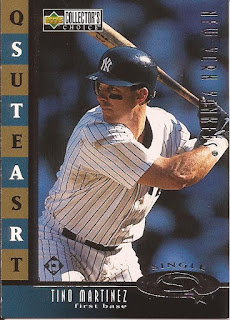