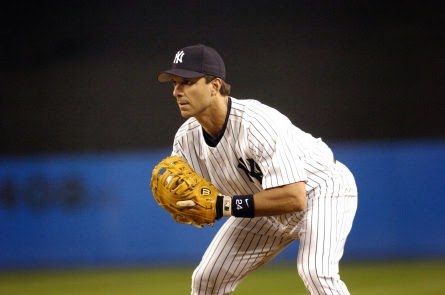 Today, The Yankees honored a player who was instrumental in winning 4 world championships in 1996, 1998, 1999 and 2000 with a plaque out in the famed Monument Park. That player is Tino Martinez, who also just happens to be my favorite Yankee.

My earliest memories of Tino Martinez was watching him kill the Yankees as a member of the Mariners during the 1995 American League Division Series, batting .409 with a homer and 5 RBI's. When I heard Don Mattingly was taking a year off to decide his future, I wondered if the Yankees could get their hands on the guy from Seattle. Sure enough, the Yankees traded Sterling Hitchcock and Russ Davis for Jim Mecir, Jeff Nelson and Contantino Martinez. Highway robbery if it ever was. Jeff Nelson was a huge part of the championship teams as well as Tino was.

Over the years, I got to watch Tino launch home runs over the right field wall at the old Yankee Stadium and make some beautiful plays over at first base. I always felt Tino was robbed of a Gold Glove or two, but because the AL also had JT Snow, Rafael Palmero and John Olerud, Tino never won a Gold Glove and I think that's a shame. He was a tremendous fielding first baseman.

Tino's best season was in 1997, when he hit 44 home runs and had 141 RBI's. He finished second in the voting for Most Valuable Player, losing out to Ken Griffey Jr. He also participated and won the Home Run Derby during that season's All Star Game festivities, which was a joy for me.

My two most memorable Tino moments were in 1996 and 1998 respectively. First, during the early part of the 1996 season, Tino had started off slow and was being booed by Yankee fans. The Yankees were in Baltimore and one of the games wen late into extra innings. Tino belted a game winning home run and was cheered loudly when the team came back to NY. The second, was obviously during Game 1 of the 1998 World Series when he hit a grand slam into the upper deck off Mark Langston giving the Yankees a 4 run lead. I will always remember seeing a shower of beer pop up in the air after the ball landed into the upper deck.

Like I mentioned previously, I started collecting Tino Martinez cards back in 2002. Because I have other player collections, my Tino collection may not be as large as others, but I am proud of it. Here are my favorite Tino cards, starting with the base and inserts: 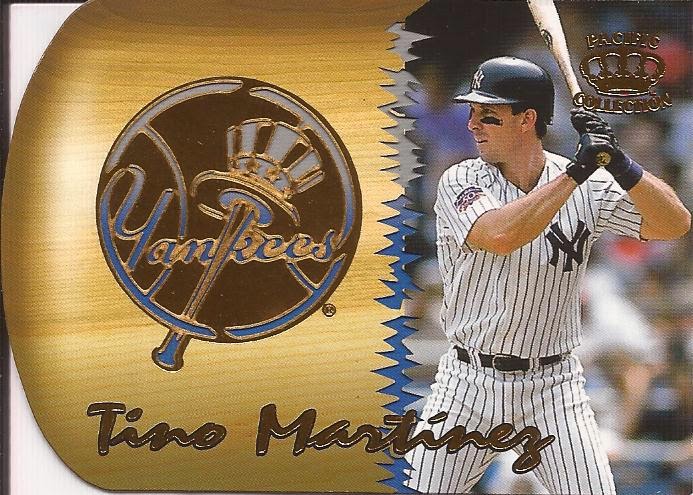 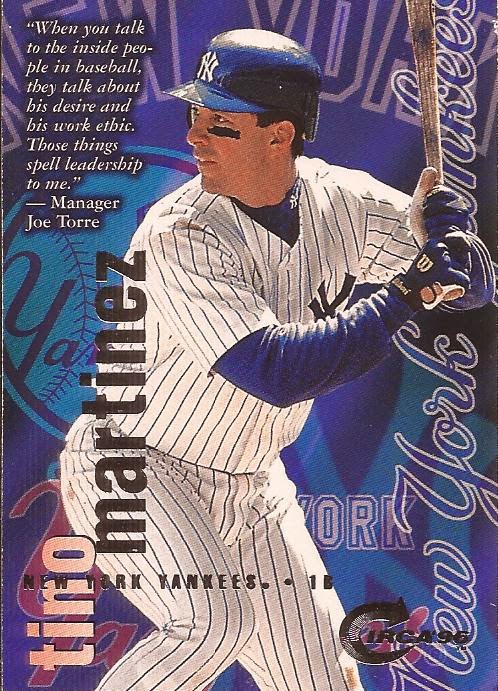 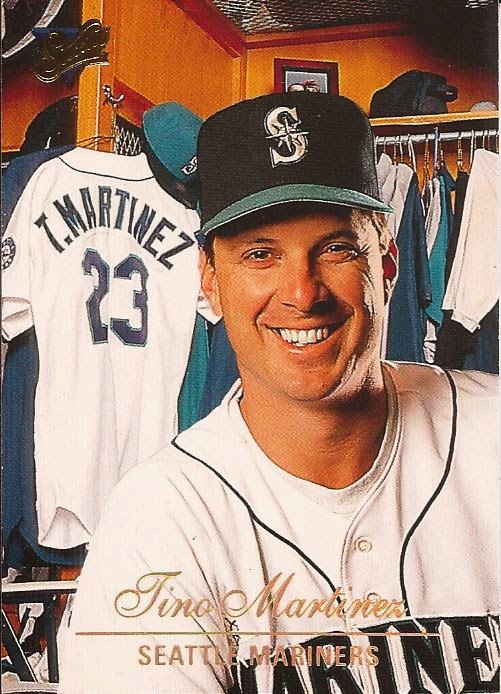 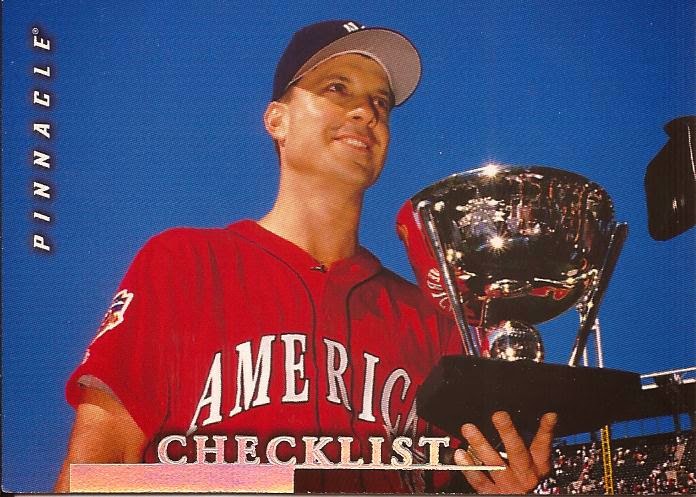 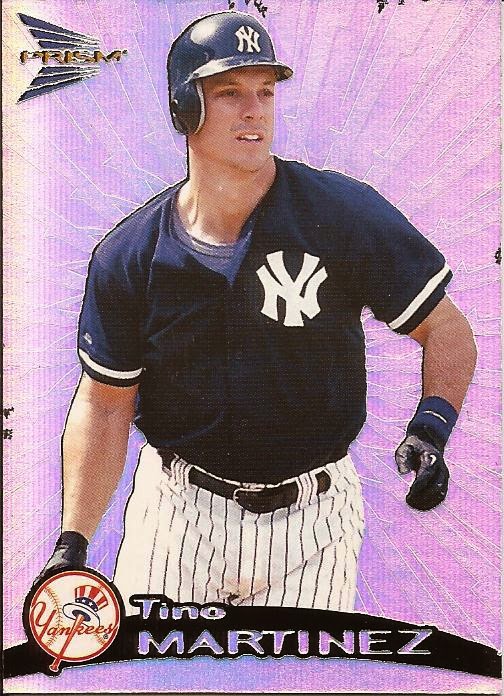 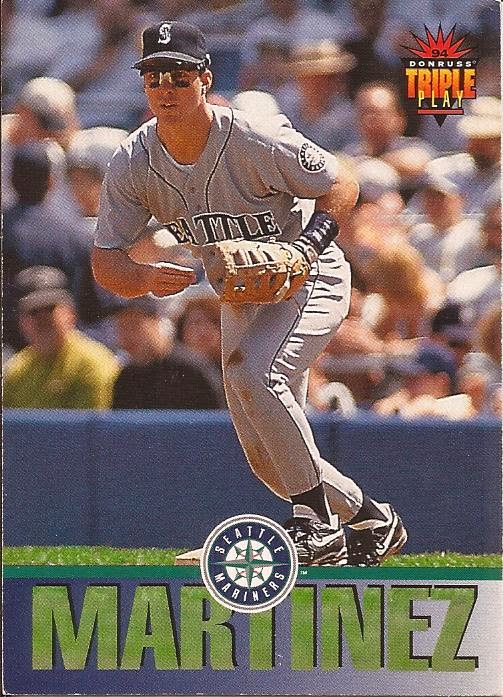 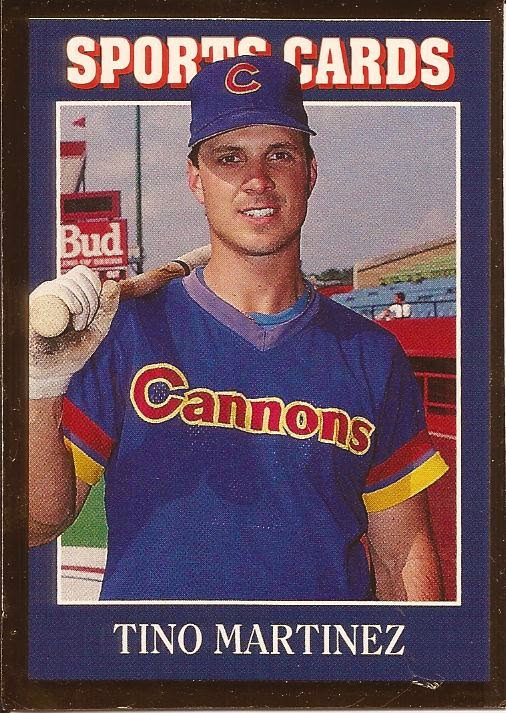 Here are my favorite Game Used cards. Mind you, these were taken before I got a scanner and I never got around to scanning them. The scanner is now broken. 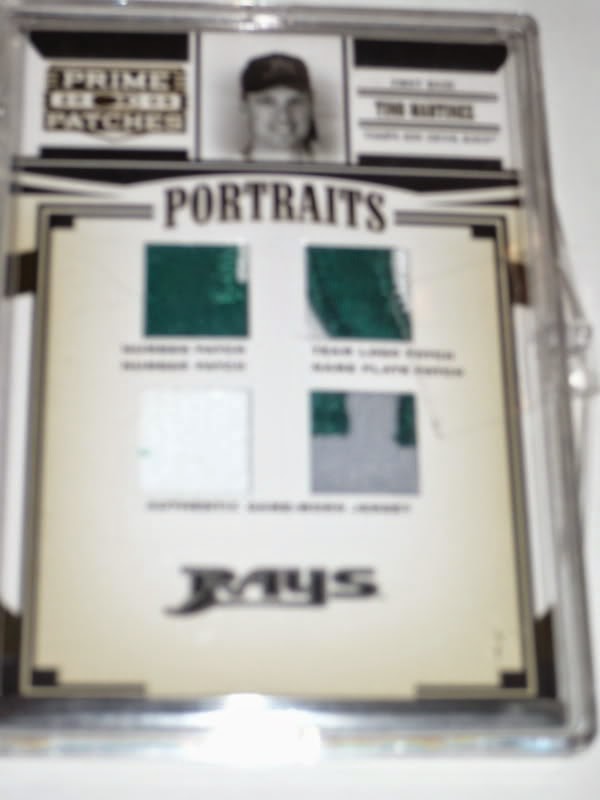 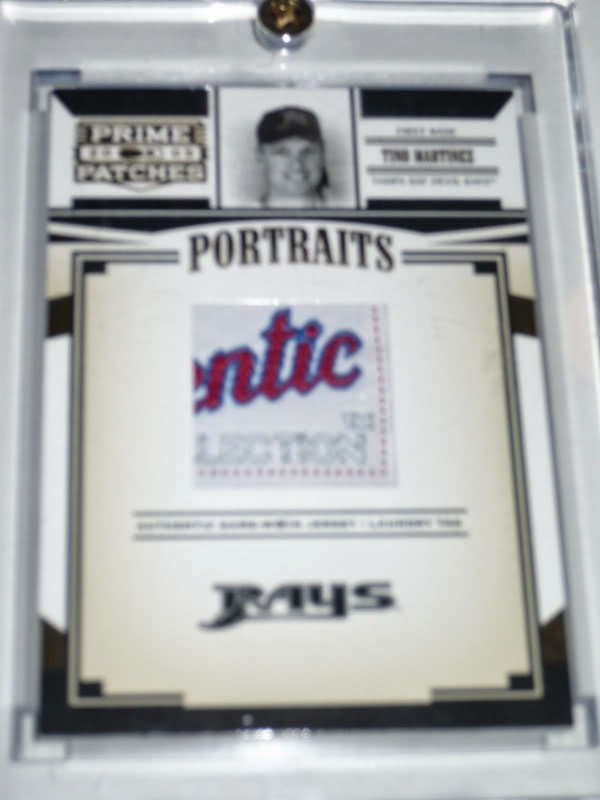 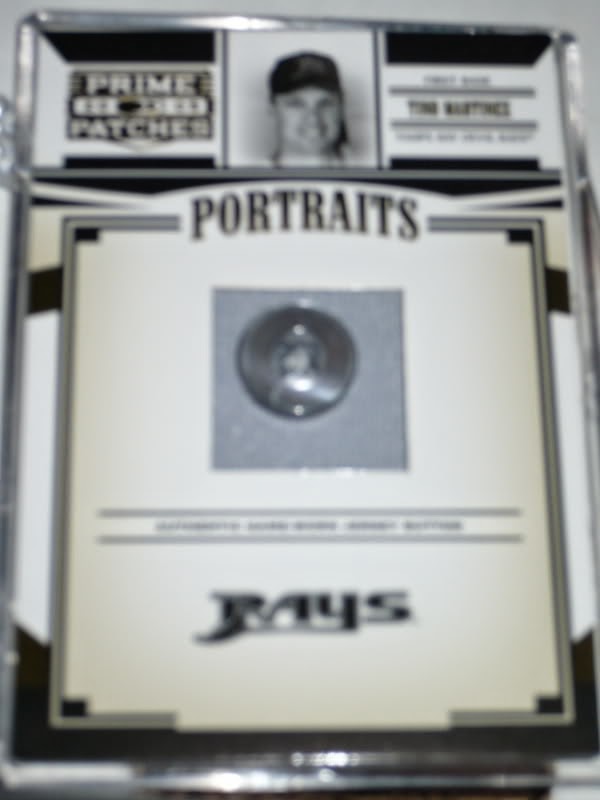 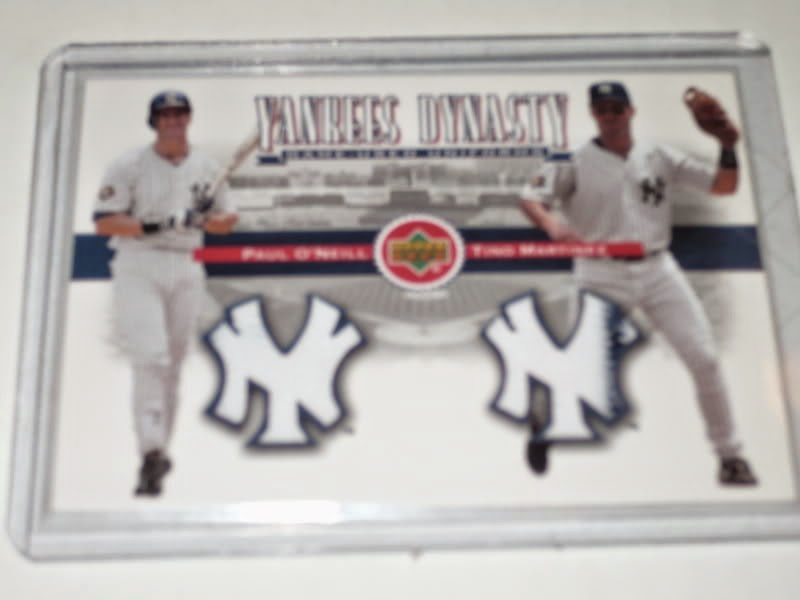 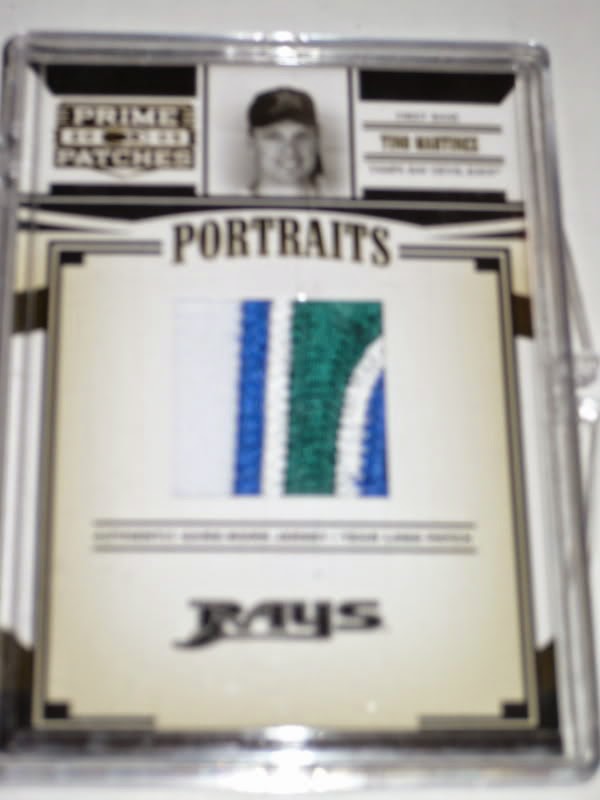 I also have this printing plate 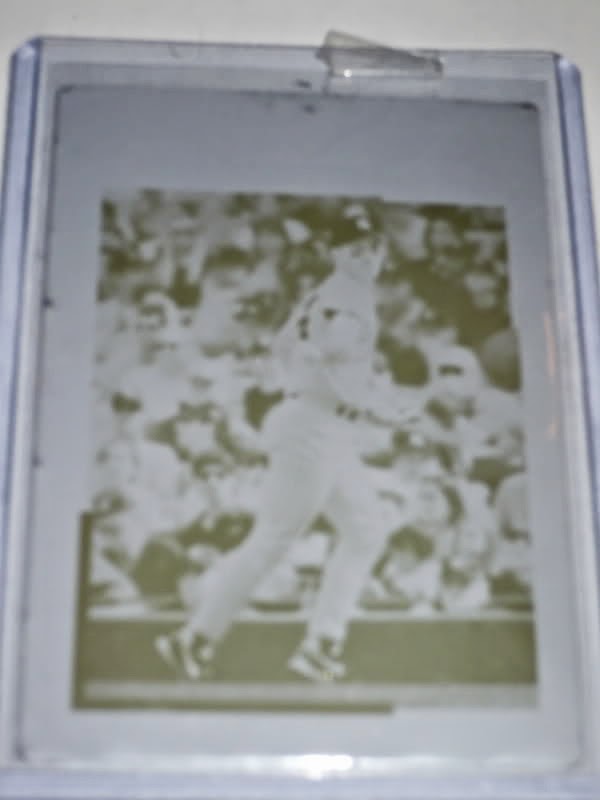 And probably my favorite Tino piece 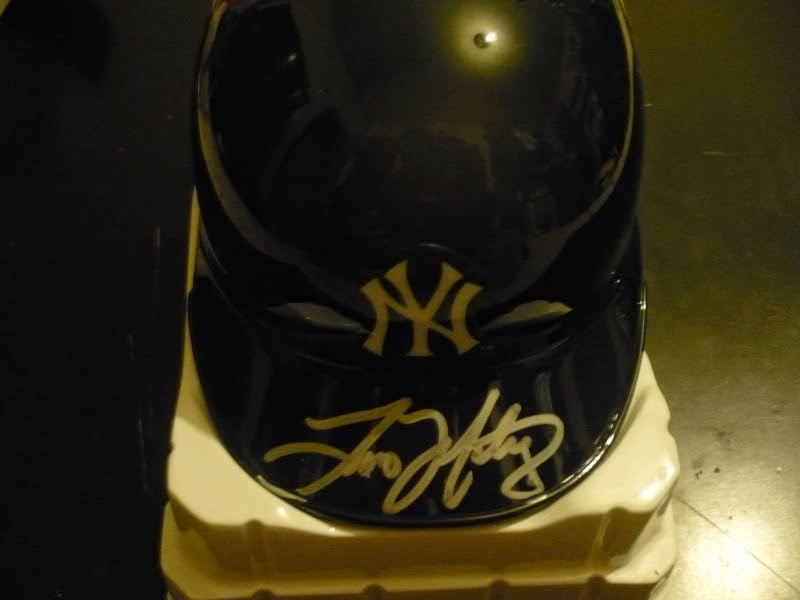 This was a gift from a friend who used to sell cards. He accidentally sent an order late for a secret santa I was participating in. Knowing that Tino is my favorite, he sent this to me as a gift to make up for the lateness of the order. I never met Tino and I hope to at some point.

There are other cards I need to pick up. I also have eyes on some other Tino items like bobbleheads, his Starting Lineup figures, a Danbury Mint statue and some programs with him on the cover. My ultimate would be a Tino game used bat and jersey. Maybe when I win lotto.

Congratulations, Tino.  You had a great career and you were a wonderful Yankee. I think the plaque in Monument Park is rightfully deserved. You sit with the greats now.
Posted by Unknown at 9:51 PM