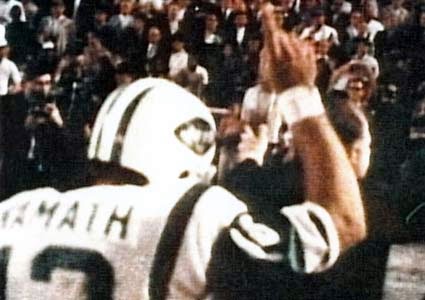 Anytime I go to a flea market, I always find at least one item to come home with me. The flea market I attended this past weekend, I found two things. The Yankees Baseline Bopper I showed in my last post and I managed to find something I've wanted for a long time that is related to the New York Jets Super Bowl III team. It's not in the best shape, but I actually really don't care, since I didn't pay all that much for it. In fact, I bought it from the same table I bought the Bopper from. 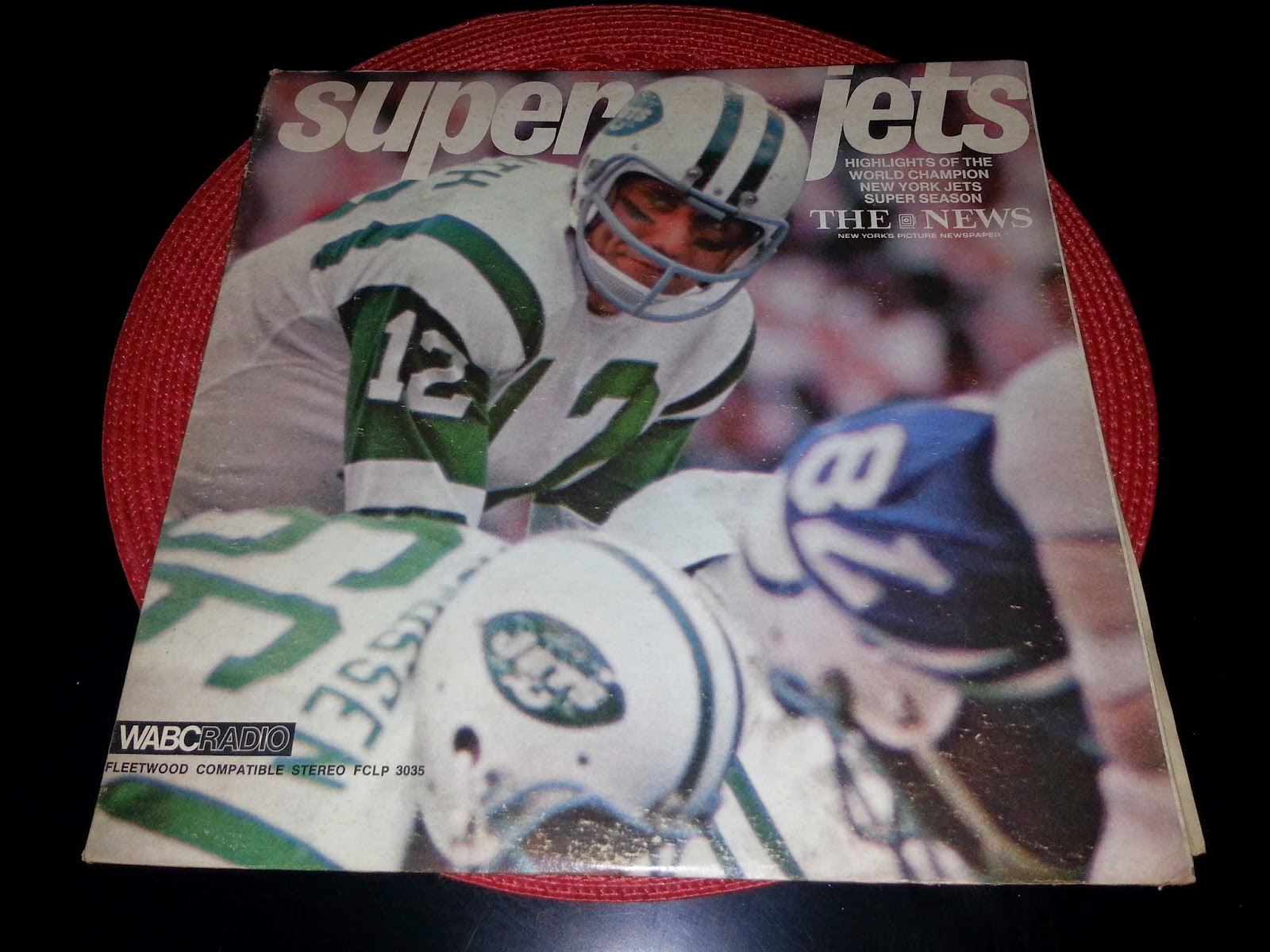 This is the record album chronicling the 1968 New York Jets season, a season in which they upset the Baltimore Colts 17-6 to win the franchise's only Super Bowl, which happened two years before I was born. Figures they would win a Super Bowl when I'm not even alive to see it. I just hope they win another before God tells me my table is ready.

Now, I don't own a turntable, but I am guessing this record has play by play highlights of the 1968 Jets season from their radio broadcast team from WABC radio.It has the voices of Merle Harmon, who was the Jets main radio voice at the time and also narrated their season highlights videos, and Sam DeLuca, who played three seasons with the Jets and was on the IR during the championship season and would provide color commentary for years after his playing days were over.  It was pretty cool to know what radio station was the Jets broadcast home during that championship season. I'm a nerd for details like that. 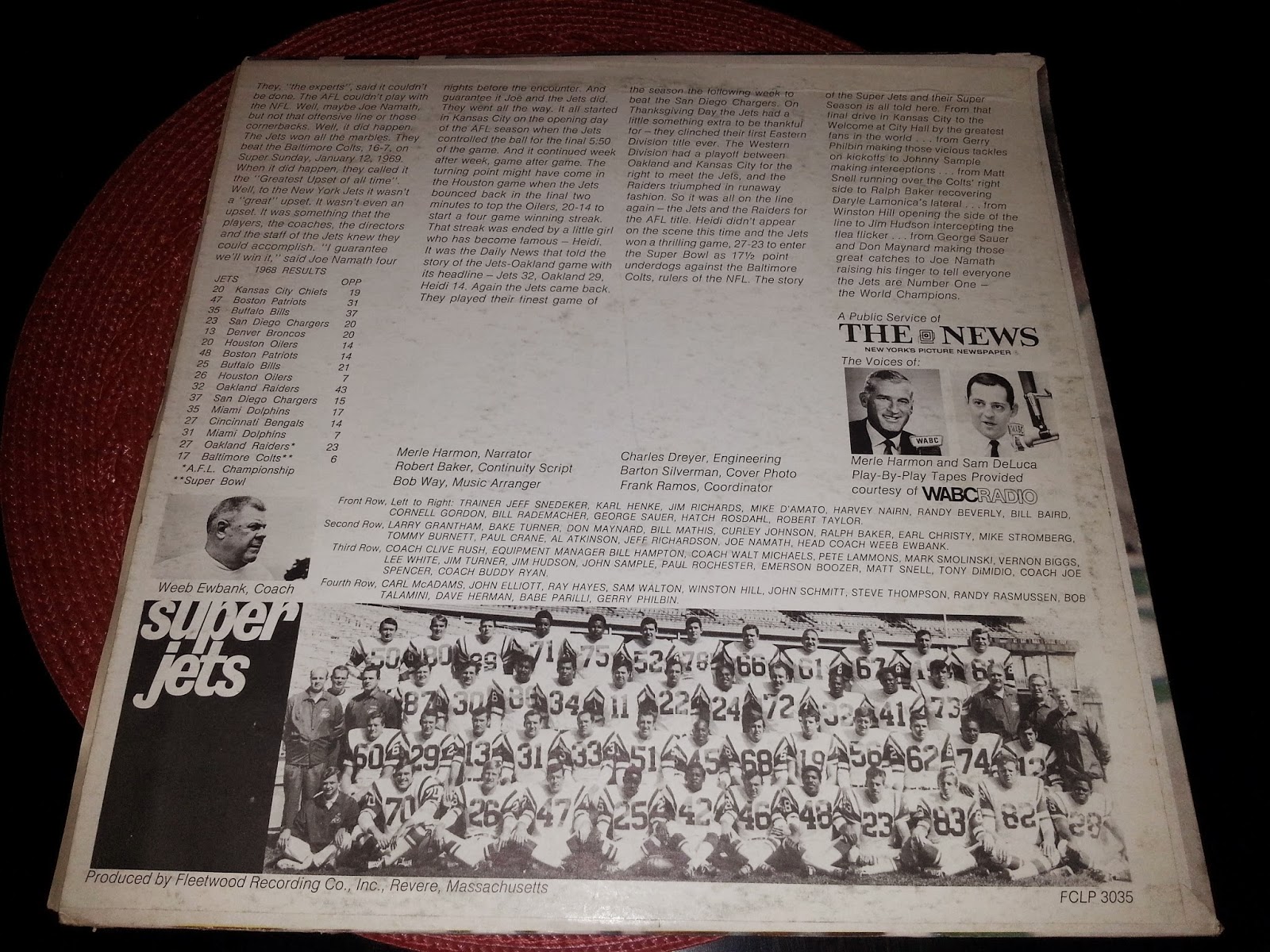 The back of the album cover has a brief synopsis of the 1968 season as well as the 1968 schedule and results. It also has a picture of the championship team as well as a picture of the coach, Weeb Ewbank. Now, as I said before, the album cover is not in the best shape and if you look at the lower left corner you can see some crinkling of that corner as well as a chip p that same side of the album. It gets much worse on top though. 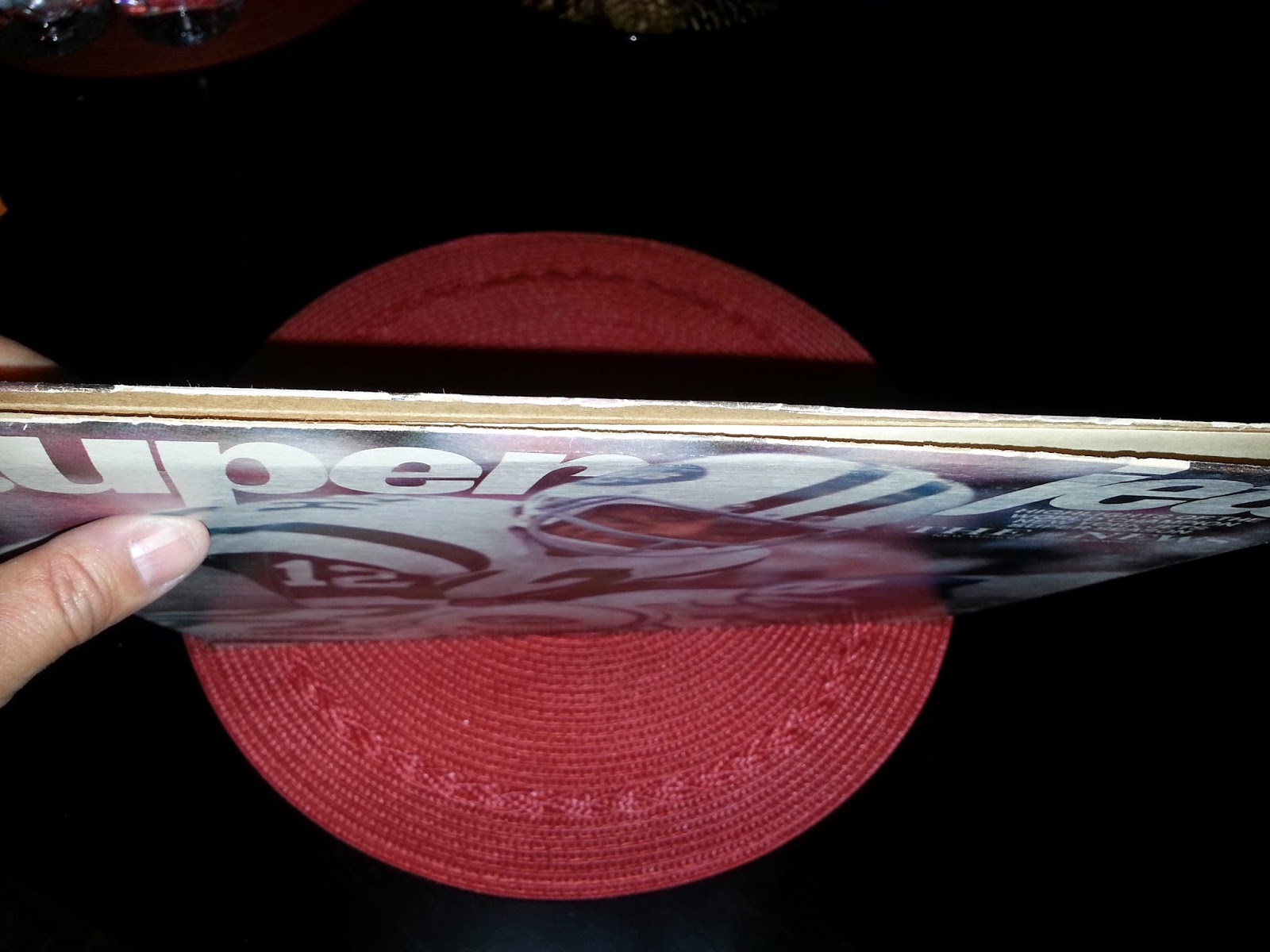 As you can see, the top of the album cover is split all the way across it. Too be honest, I didn't even realize that until after I walked out of the flea market and got into my buddy's car. If I had noticed it, I may have haggled a bit or not even bought it at all. I am a bit disappointed in myself. I always look carefully at a piece before buying it and I failed to do so with this. I guess I was too excited that I actually found this record at a great deal and didn't even give it once over. 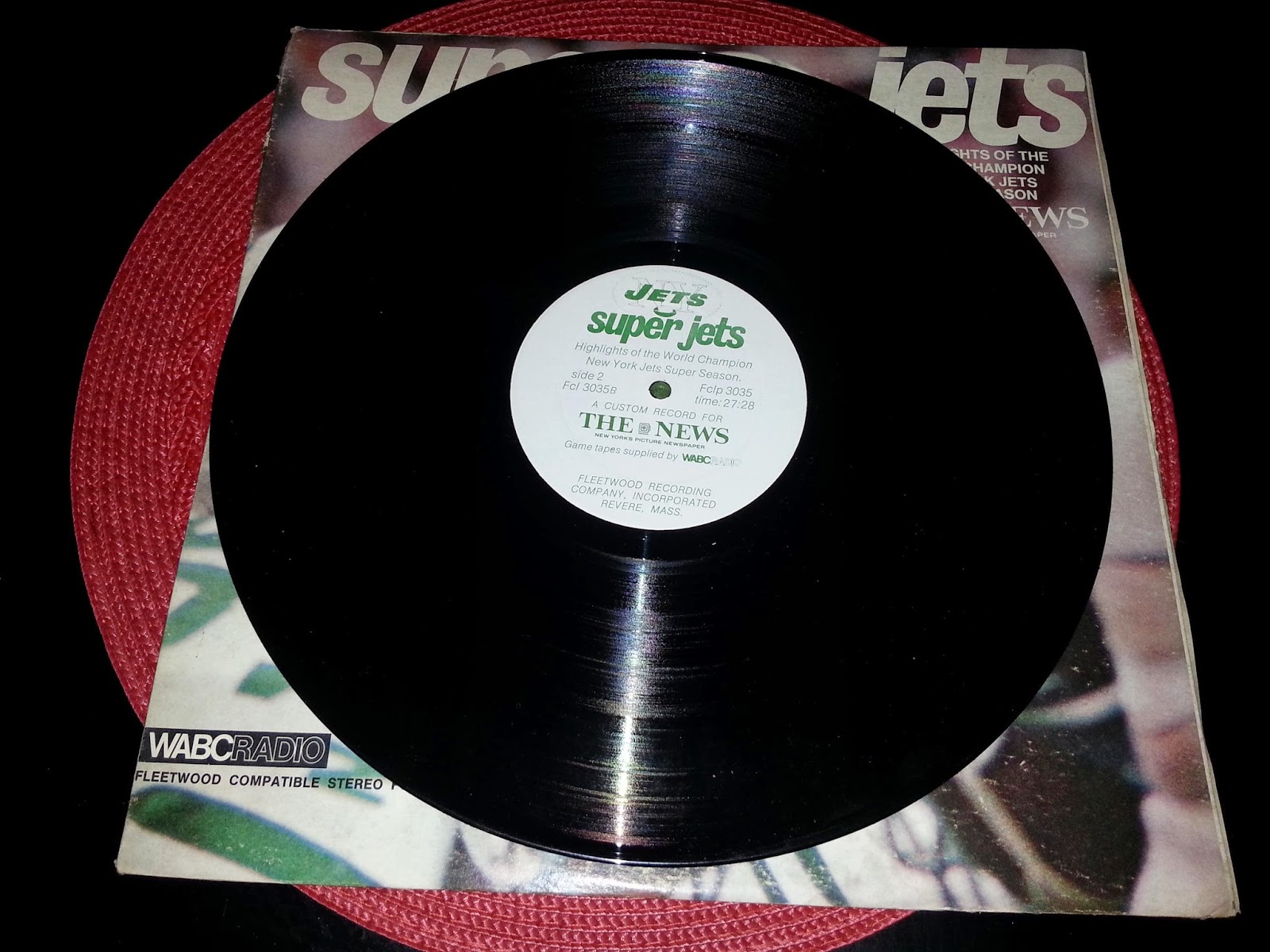 The record itself looks like it's in pretty decent condition. I did look it over once I got home and I could not find a scratch on the record at all. Now, I come from an age where I actually used to play records before CD's became the norm. I know from experience that just because you don't see a scratch doesn't mean it's not there. Since I don't have a turntable, I doubt I will even play this record.

Even though the cover is in worse shape than I initially thought, I am still really happy to own it. I was going to put it on my Jets shelf, next to my Joe Namath puzzle, I think I will take my buddy Kerry's advice and frame this and hang it up when I get things situated. Hopefully, I can locate a CD copy of this record as I would love to listen to the radio broadcast highlights of the '68 season. Hopefully, us Jets fans don't have to wait much longer for the Lombardi Trophy to come back to the Green and White and maybe we can get another highlight CD to listen to over and over again.
Posted by Unknown at 6:04 PM