My Day At The Westchester County Sports Card Show 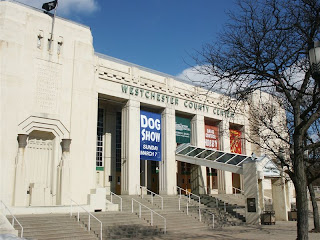 Sunday I decided to hit the Westchester County Sports Card show, which is held at the Westchester County Center every few months. My main goals, aside from getting autographs from the guests, was to add to my Yankees PC, to my Teixeira, Tino and Clemente PC's and find pocket schedules and pins. I wasn't able to add to the player PC's on this day, but I got some nice goodies for the Yankees PC. 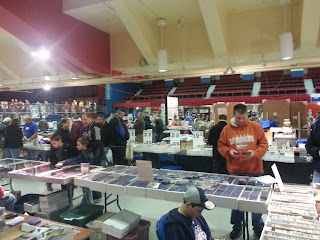 It's usually a busy day of thumbing through boxes for gold, looking at dealer tables and trying to make deals when attending the card show. This day was no different. When I first got there though, I made sure to pick up an 8x10 of Ron Hansen and  jump on his autograph line. He was the free autograph for the day, so the line was sure to get long fast. My plan was to get Hansen and then jump on the line for Bobby Richardson. Then spend the rest of the afternoon looking at tables.

The Hansen line was long, but it went by pretty quick. I was able to meet Mr. Hansen and get my photo signed by the former Rookie Of The Year. 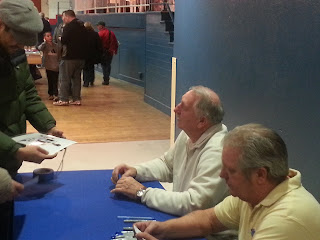 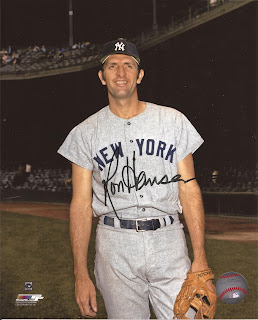 After meeting Mr. Hansen, I looked at the time and saw that I had about 10 minutes before Bobby Richardson would start signing, so I went over to his autograph line and waited. And waited. And waited some more. Apparently, 1pm is more like 1:30pm to the promoters, who no doubt had Bobby signing the mail order stuff. I don't understand why not have him sign those after signing for the fans who were actually on line waiting.

I passed the time talking to the people who were waiting on line as well. We spoke about the Yankees and other autograph shows that were attended and how they stack up. Finally Mr. Richardson came out and started signing. 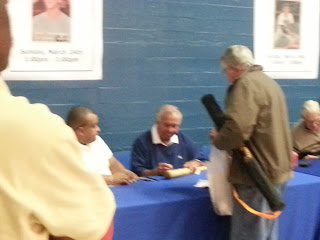 I got Bobby to sign a baseball for me. It was the Yankees 100th Anniversary ball. The one time I wanted a side panel auto, I get the sweet spot, lol. Not complaining. I'll take it everyday. 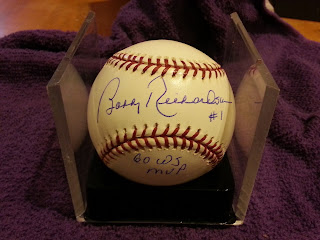 After meeting Mr. Richardson, I hit the dealer floor. The problem I faced was, by the time I was done with my autographs, it was after 2 and some of the dealers were closing shop. I had to rush to look at the tables, which I don't really like. I like to take my time and look at what the dealers were selling. I may circle the floor about 3 times before I make up my mind as to what I would buy. Today, I had to make up my mind a lot quicker.

I saw a table that had vintage cards for about 35-50 cents a piece. He had a lot of vintage cards going back to the 50's. Knowing I needed to fill some holes in my Yankees team sets from these years, I grabbed a spot and started cherry picking through packs looking for Yankees I needed. I bought these cards for the sets I am working on: 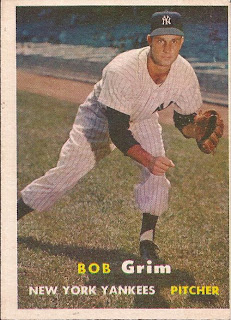 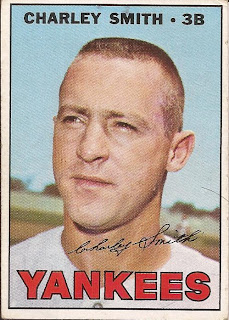 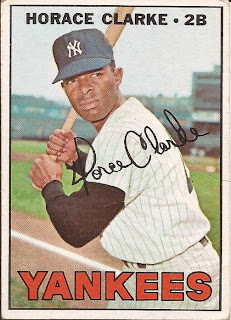 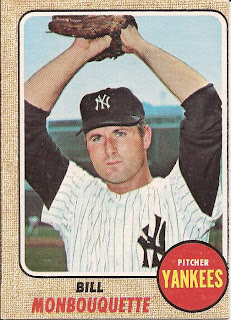 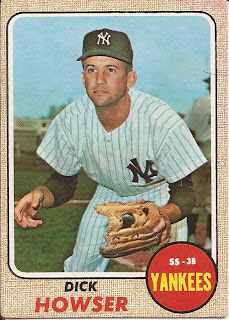 Love that card of the future Yankees and Royals manager. 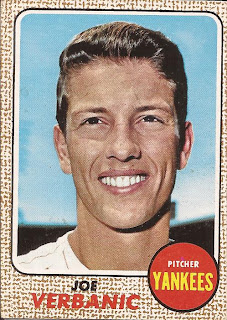 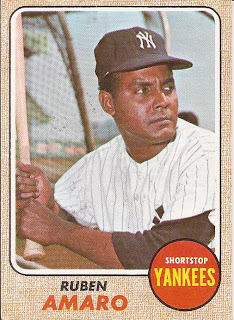 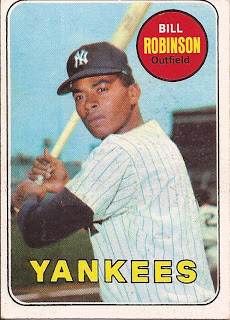 Future Batting coach for the Mets and Yankees. 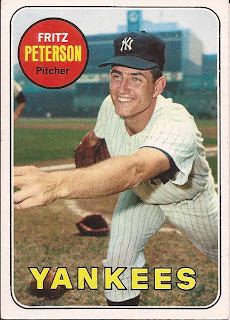 This won't be the last time you'll see this family swapping son of a gun in this post. 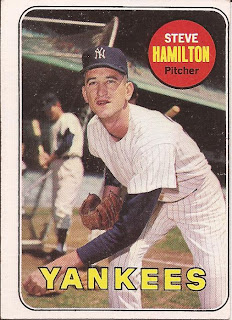 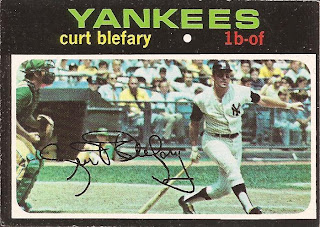 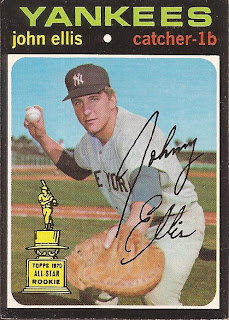 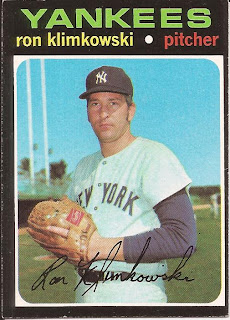 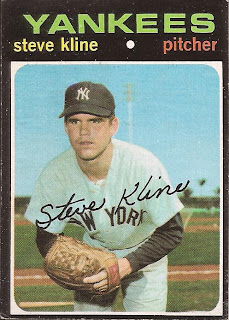 That took a while. Maybe I should have scanned the cards in groups, lol.

Trying to put together the 1971 Yankees set as that is my birth year. (No age jokes, please. I'm like fine wine :P) 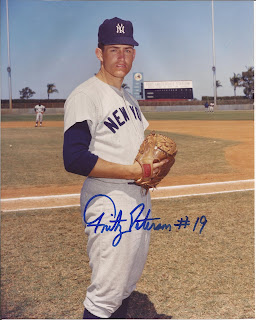 I told you you would see Peterson again. I needed his autograph in my Yankees collection. Now I can cross off ole Fritz off the list. Love the vintage shot in Spring Training. I think that's in their old Fort Lauderdale camp. 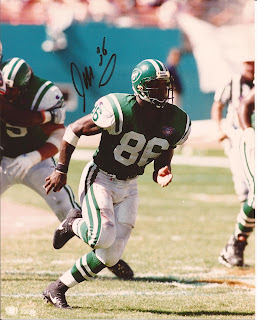 I grabbed this Johnny Mitchell autographed photo because not only did I need his auto, but I loved this throwback uni he's wearing. I will admit, when the Jets wore these throwbacks during the 1994 season  which was the NFL's 75th Anniversary, I was puzzled by the green helmets instead of the white ones they wore during the 60's and early to mid 70's. Now I know that all the Jets did was take the decals off the current green helmets they were wearing at the time and put these decals on. They weren't the only team to do it. The Bills wore a red helmet and not the old white ones also. I kind of like the helmet and wouldn't mind seeing it again.

I then wandered over to a table and saw a 11x14 picture of Don Maynard signed with COA for only 10.00. I know Maynard's signature and it was legit. Problem was there was no one manning the table. I waited for a bit and when the seller didn't return, I left without the picture. A friend of mine asked why didn't I just take the picture. Not my style, plain and simple. I'm no thief. I would have loved to own the picture, but it just wasn't in the cards. Maybe next time.

I then made a major purchase, but there was a mix up and I am not currently in possession of what I bought. As soon as it arrives, I will post a blog about what happened and show off what I bought.

I leave you guessing what it could be.
Posted by Unknown at 8:21 PM