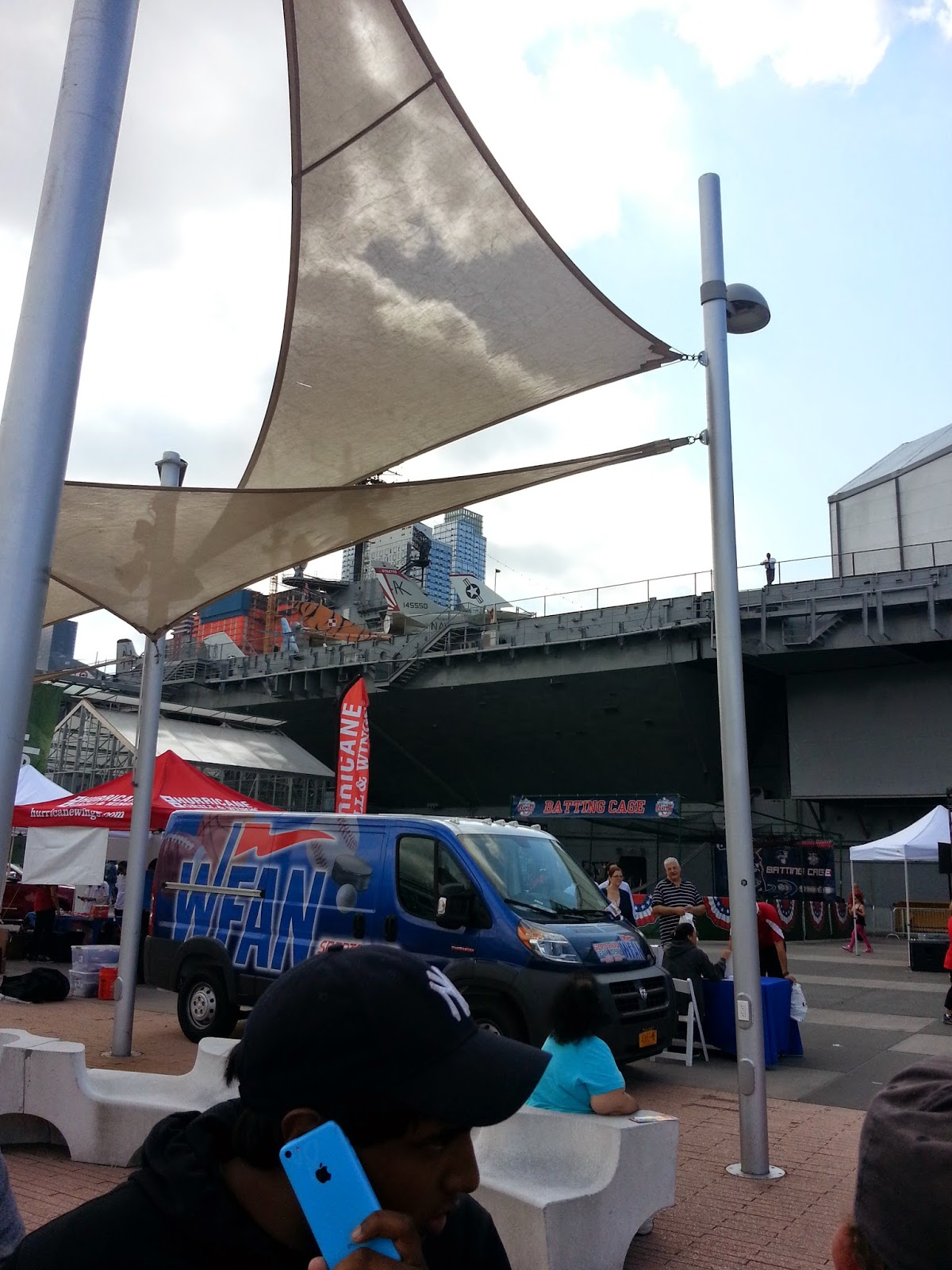 A few weeks ago, the Yankees held their annual Fan Fest at the Intrepid Air And Space Museum in Manhattan. It's a day where former and sometimes current Yankees meet and greet with fans, sign an autograph and talk about the Yankees. To me, it's more of a Fest where business set up booths and give out free samples of whatever they are hawking. This time around, I got a major sugar rush by drinking free samples for Colombian soda pop and ate a whole bunch of cherry licorice while waiting on line for autographs.

This year, Rich Gossage, Willie Randolph and Doc Gooden were the players that appeared. Cecil Fielder and Reggie Jackson cancelled out, which was a bummer as I really was looking forward to meeting Reggie for the first time, but getting to cross the former Yankee second baseman and Captain off my Yankee bucket list worked just fine for me also.

Willie wasn't scheduled to start signing until 1 pm and I was already on his line at 11 am, so I killed time by chatting up my fellow Yankee fans, eating a lot of candy, looking out over the Hudson River and talking to my girlfriend on the phone. Soon, Willie Randolph arrived and started to get to work signing autographs for the fans who waited patiently for him. 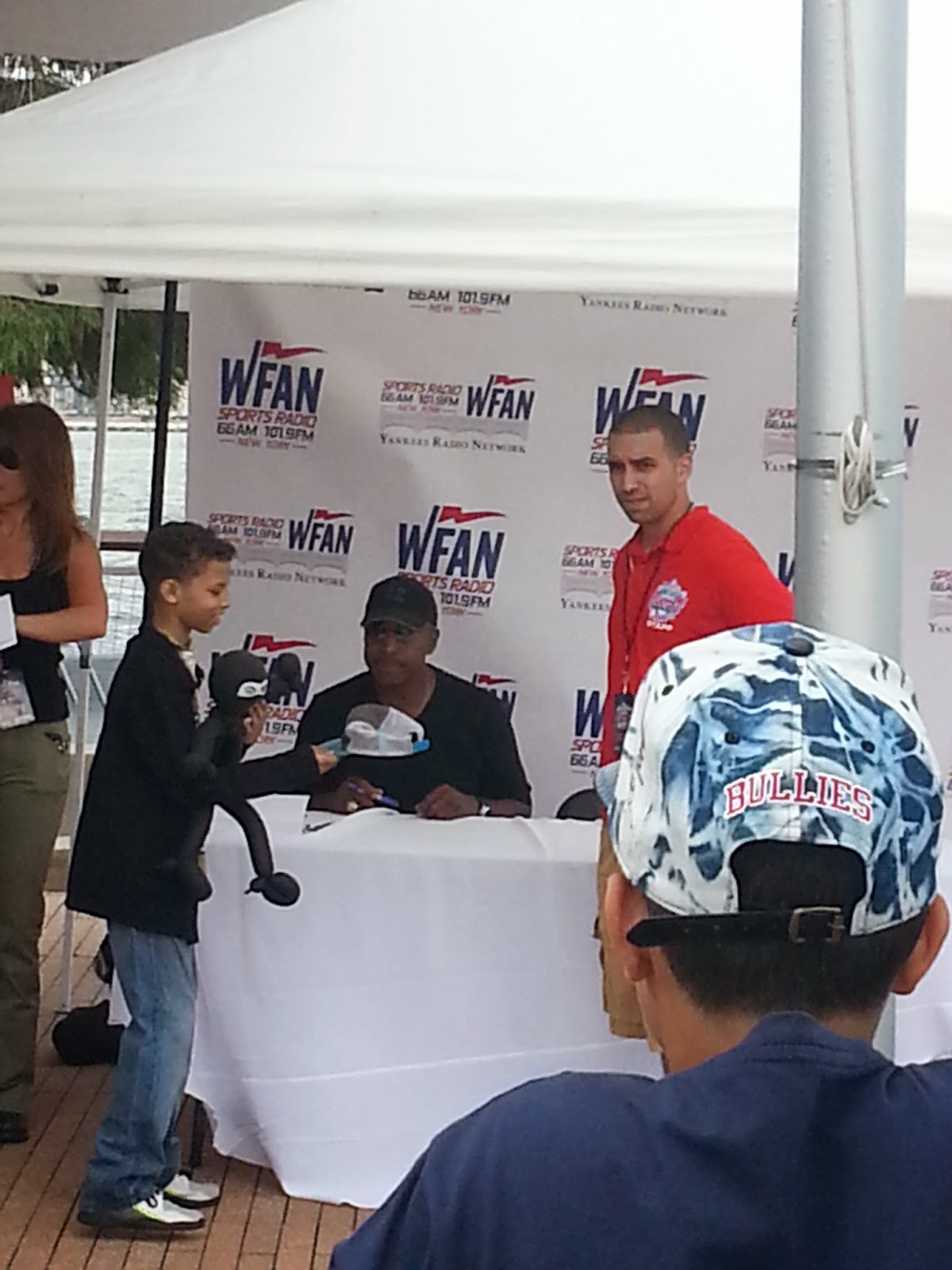 I had heard stories about Randolph. Fans had told me that he wasn't the nicest guy to meet so I was watching him to get an idea of what his mood was. There was a few fans ahead of me so I watched as they met up with him. He seemed to be in a pretty good mood. It really didn't matter as I was going to wow him with my charm and get a smile out of him as he signed my baseball.

I didn't have to worry. Willie was so nice to me. He greeted me with a hearty hello as I walked up to his table. I told him I had been following his career since he was traded to the Yankees from Pittsburgh and he thanked me for supporting him from the beginning. I asked him about his thoughts on Derek Jeter and he said it was an honor to have known him and coached him during his time with the Yankees. He signed my ball, shook my hand and I was off. 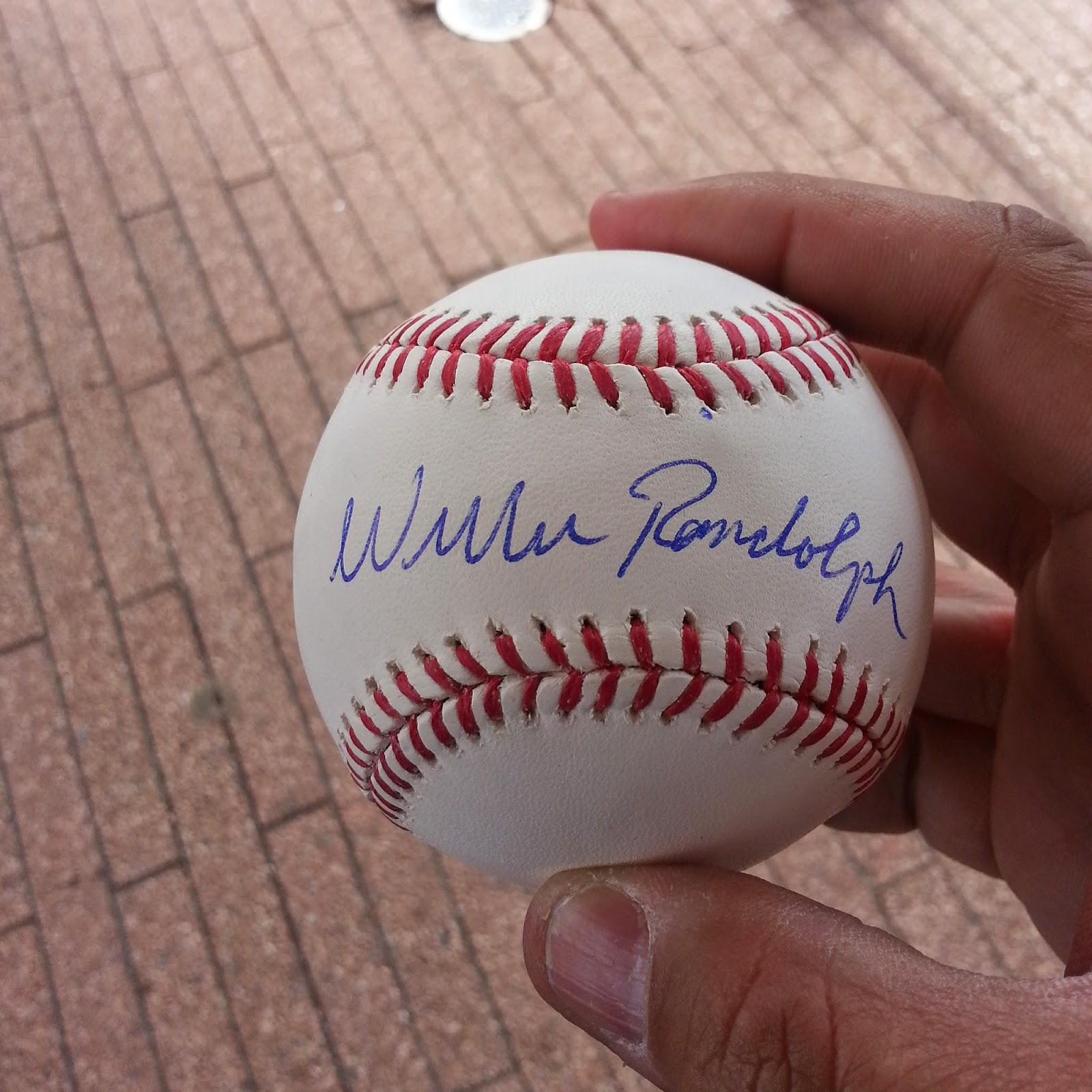 Willie makes ball number 46 in my Yankees signed baseball collection. I'm 4 away from my goal of 50 signed baseballs from former Yankees by the end of the year. I'm very pleased with how this came out. 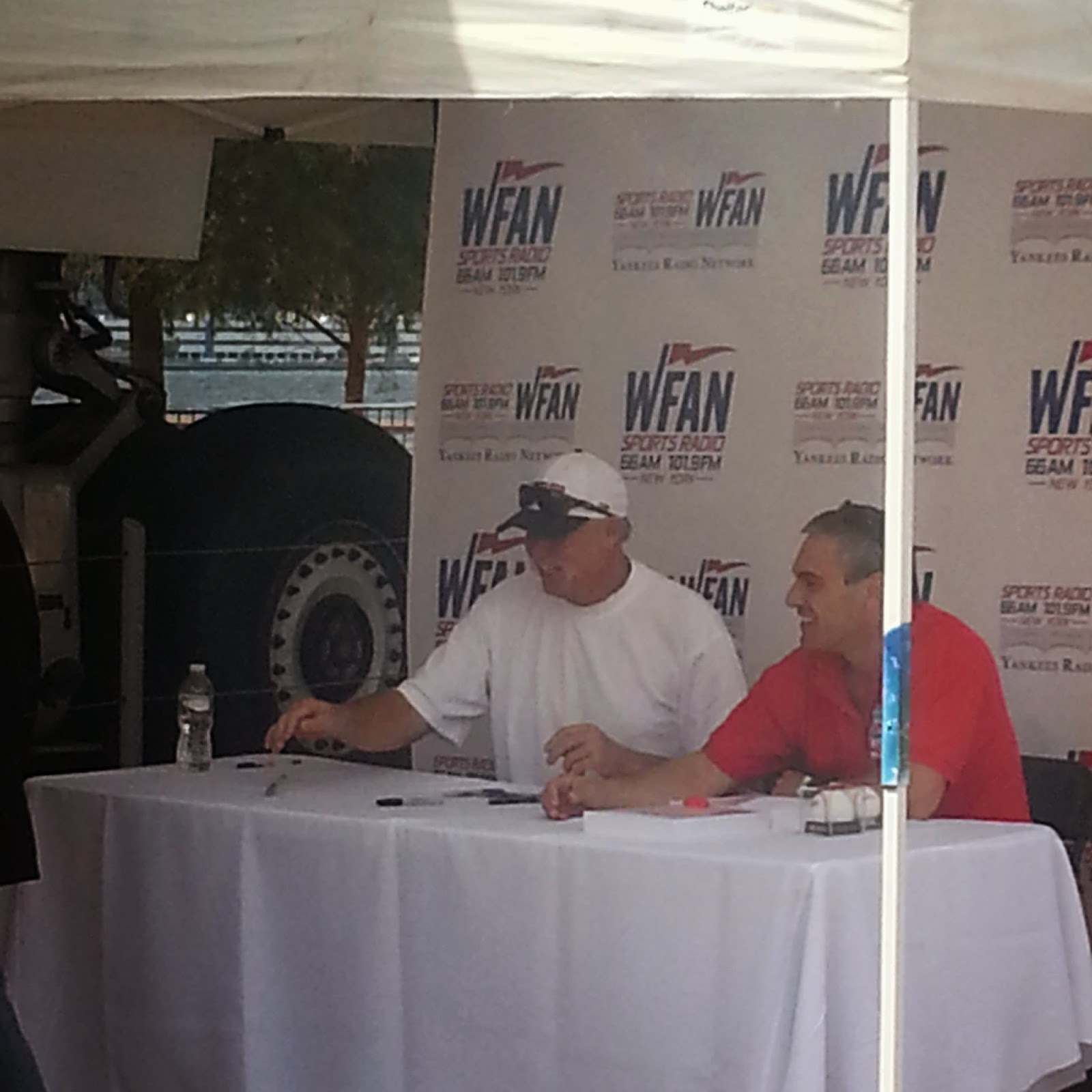 As I was walking away from Randolph's tent, I snapped a quick shot of Goose's tent. I didn't get a Gossage autograph on this day as I had nothing for him. He signed baseball number 44 over the summer and my Yankee poster over the summer, so I'm good for now on Gossage.

After, I was able to get in to meet Doc Gooden. I had the pleasure of meeting him on several different occasions and each time he was so very nice. This time was no different. He looked at the picture of him after he pitched is no hitter and I asked him what was he thinking at that moment. He told me he was glad the pop up was hit to Jeter because Boggs had a problem with pop ups. As he signed it, I asked him if he would have rather had done it as a Met and he said as long as it was done in New York, he was happy. 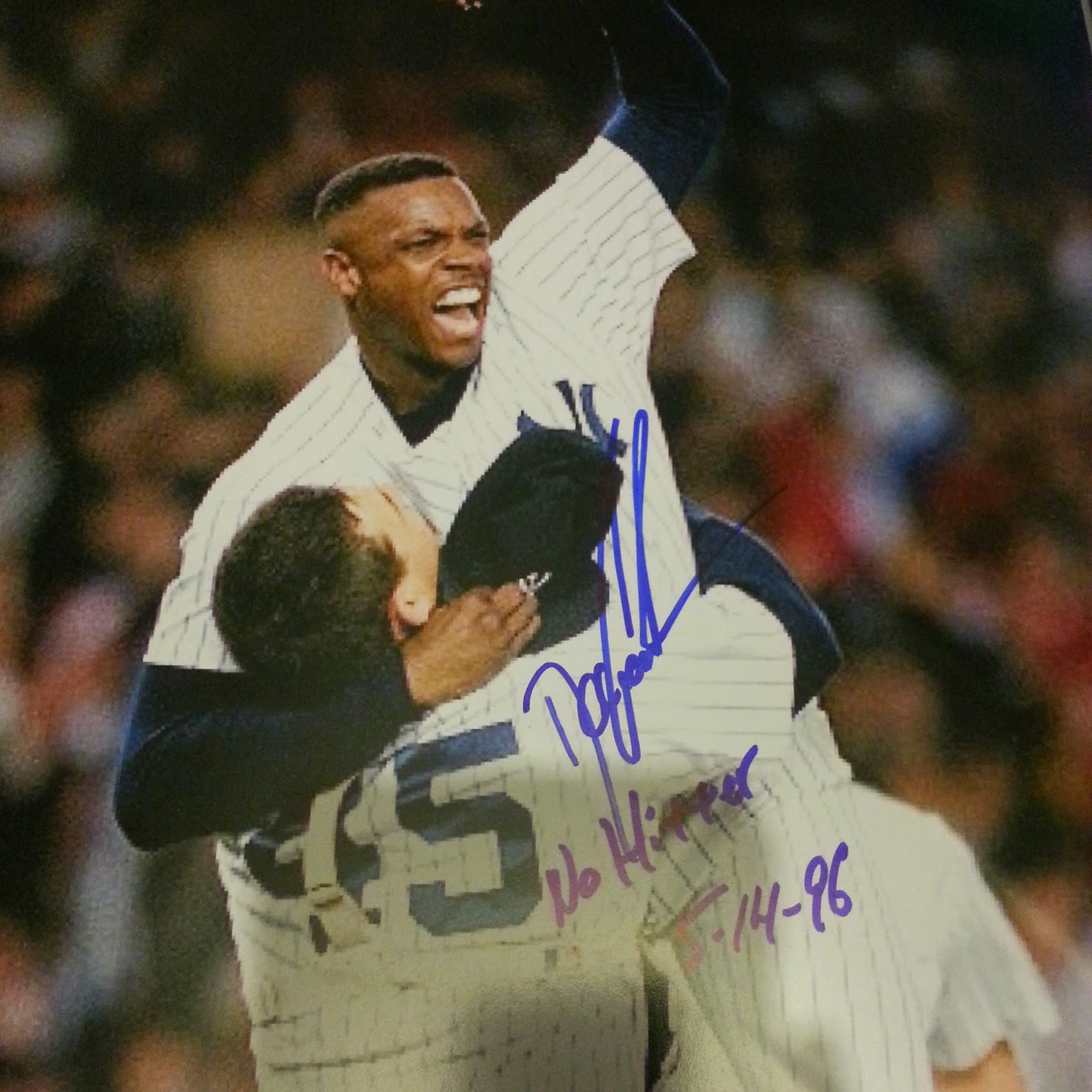 The picture that I printed out isn't the clearest. I like that he added the no no date on the photo. I may print out a clearer picture and try to get him to resign at a later date though.

Afterward, I walked around and checked out the festivities. There was a few things you could do. You could take batting practice, throw pitches, listen to a live remote from WFAN, New York's Sports Radio Talk Station, watch someone from Ringling Brothers play with a rope, get some free stuff from local businesses and grab some grub (which wasn't free. Oh well,) 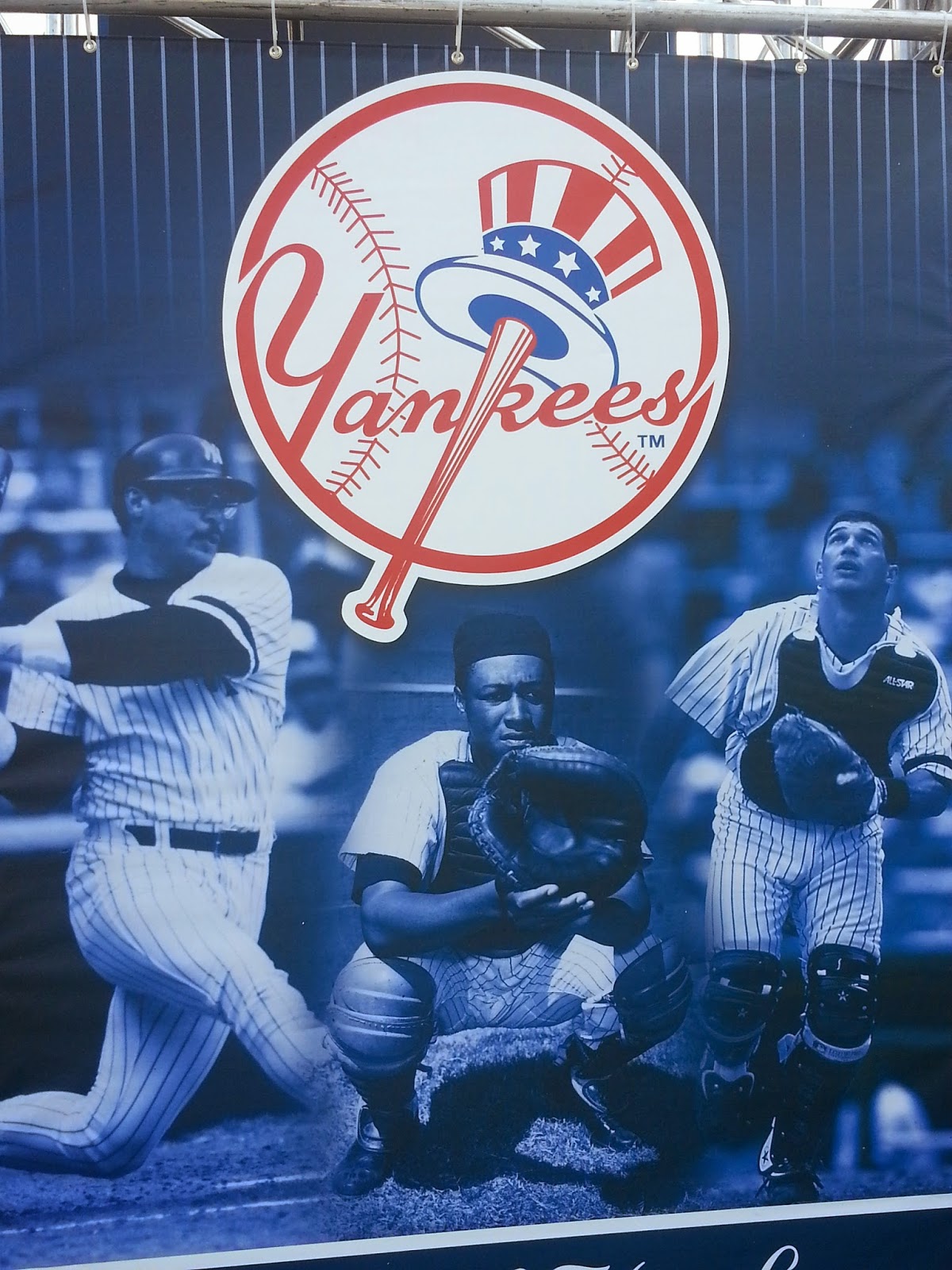 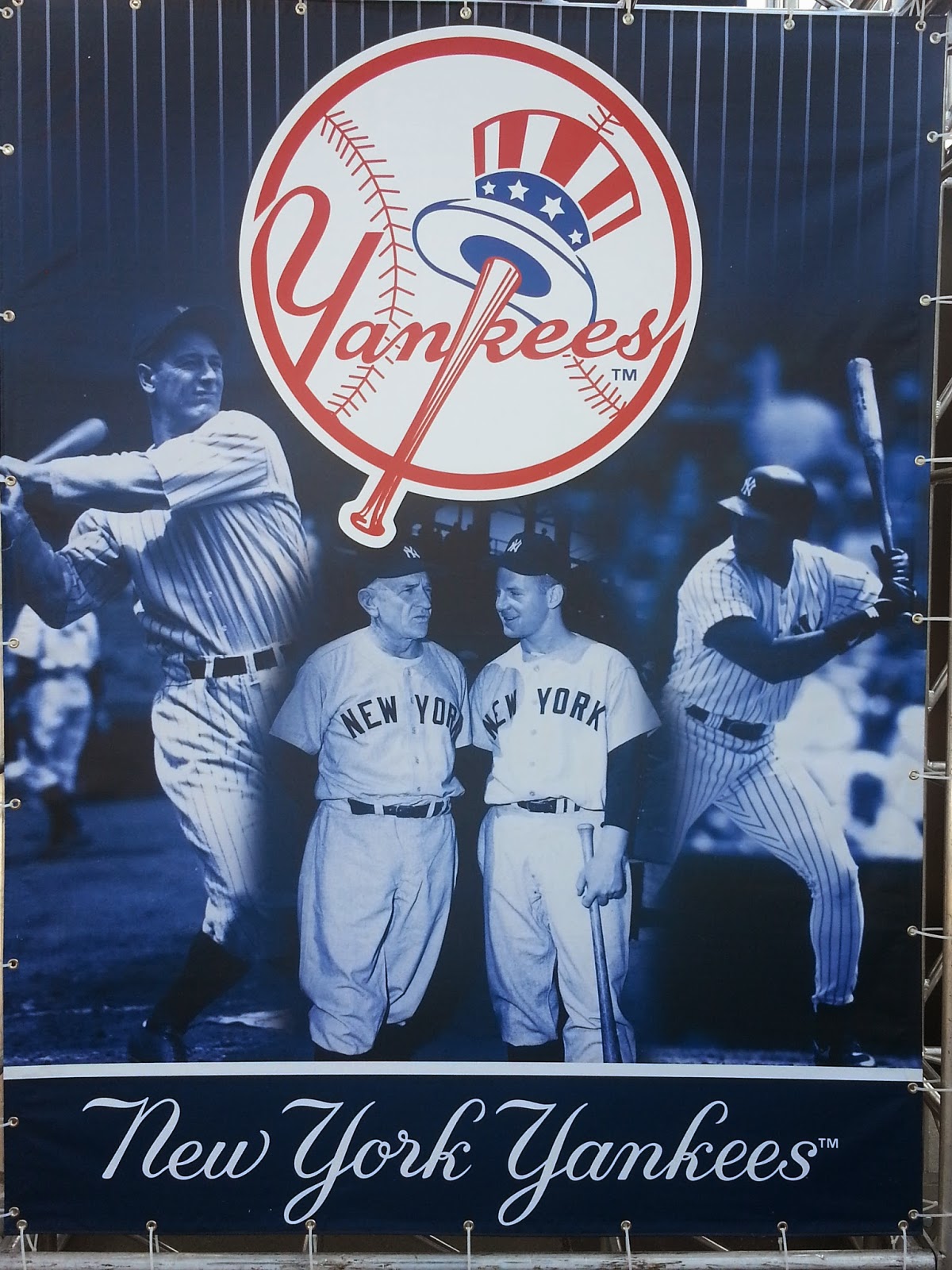 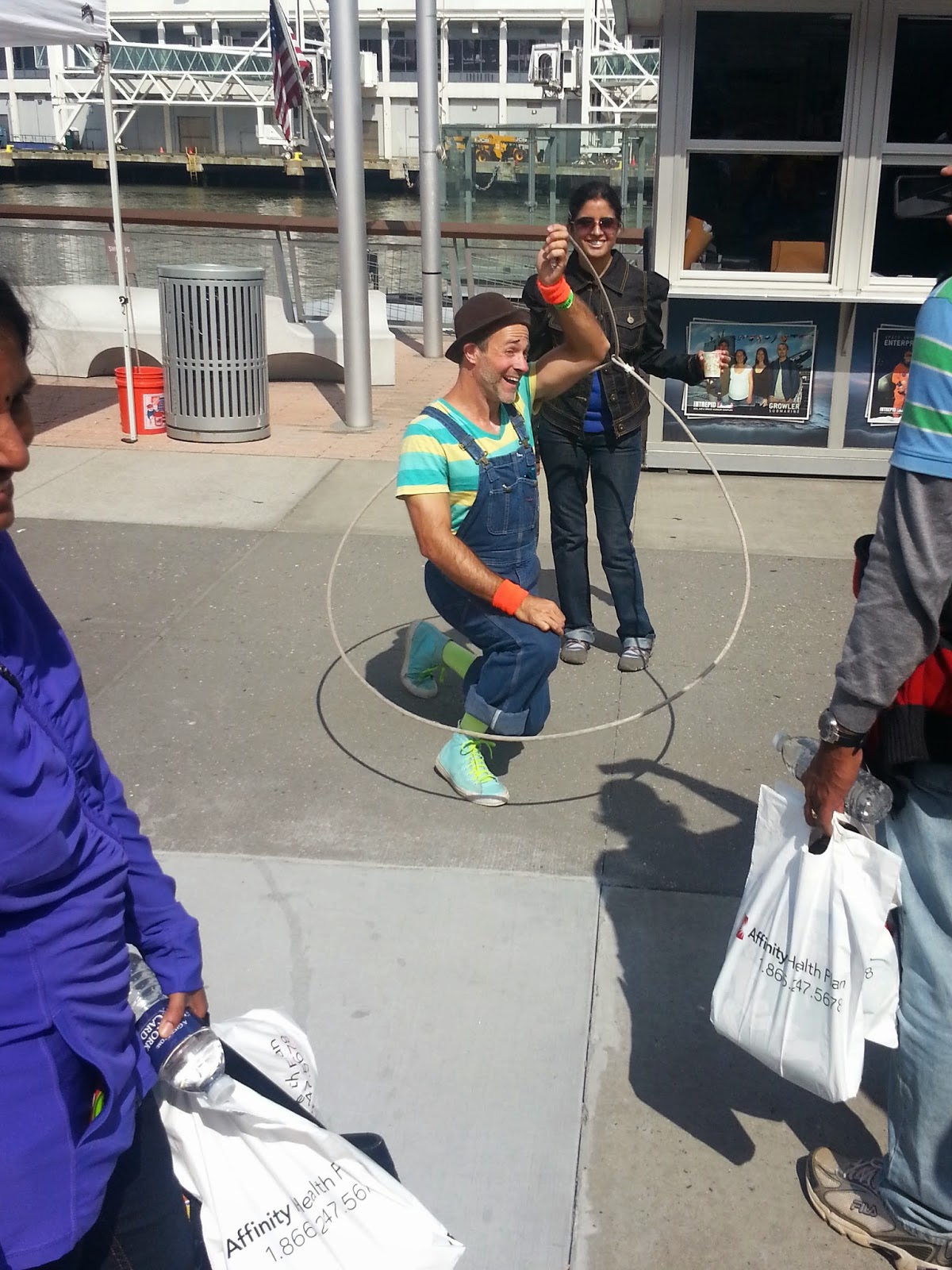 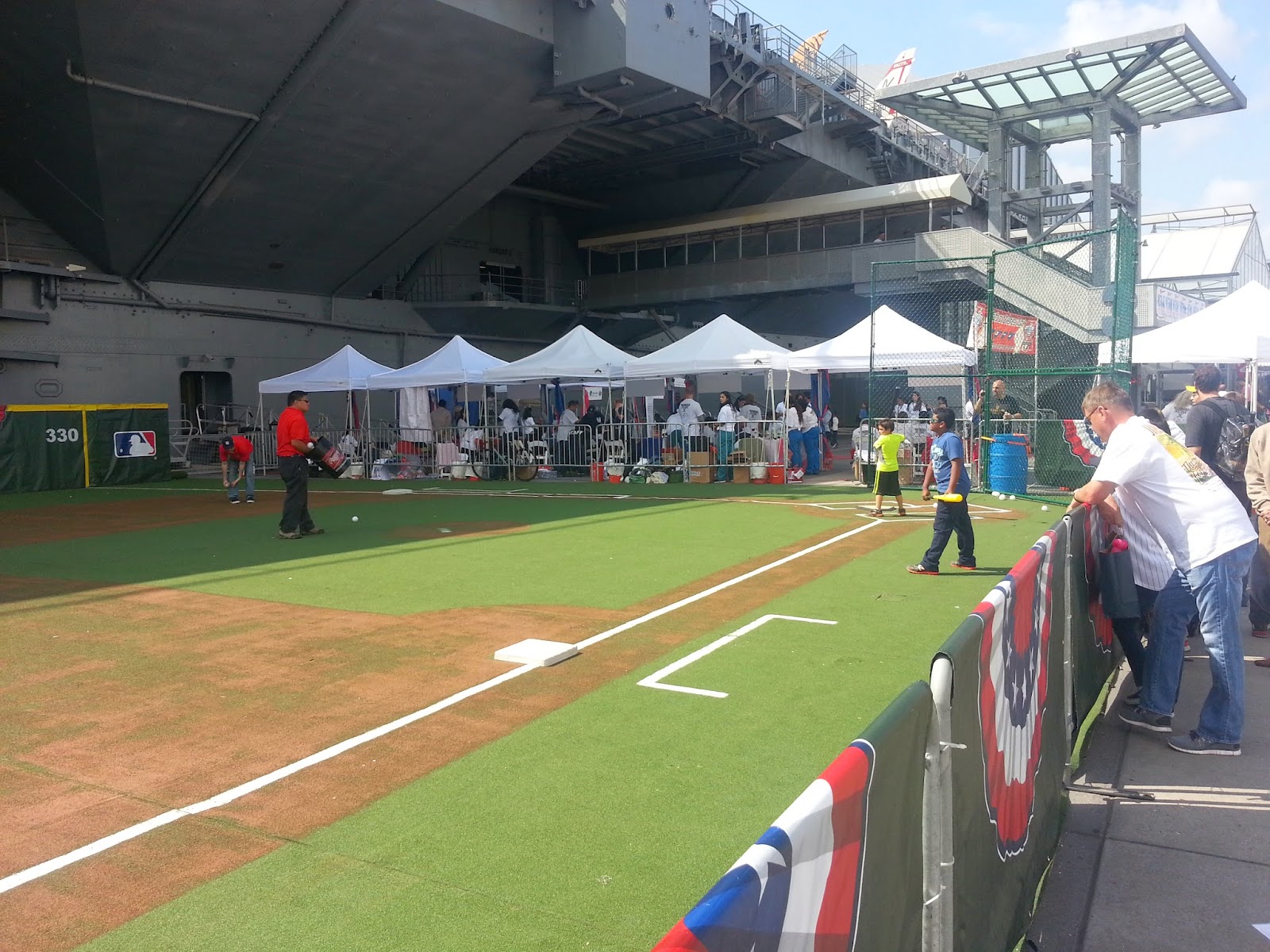 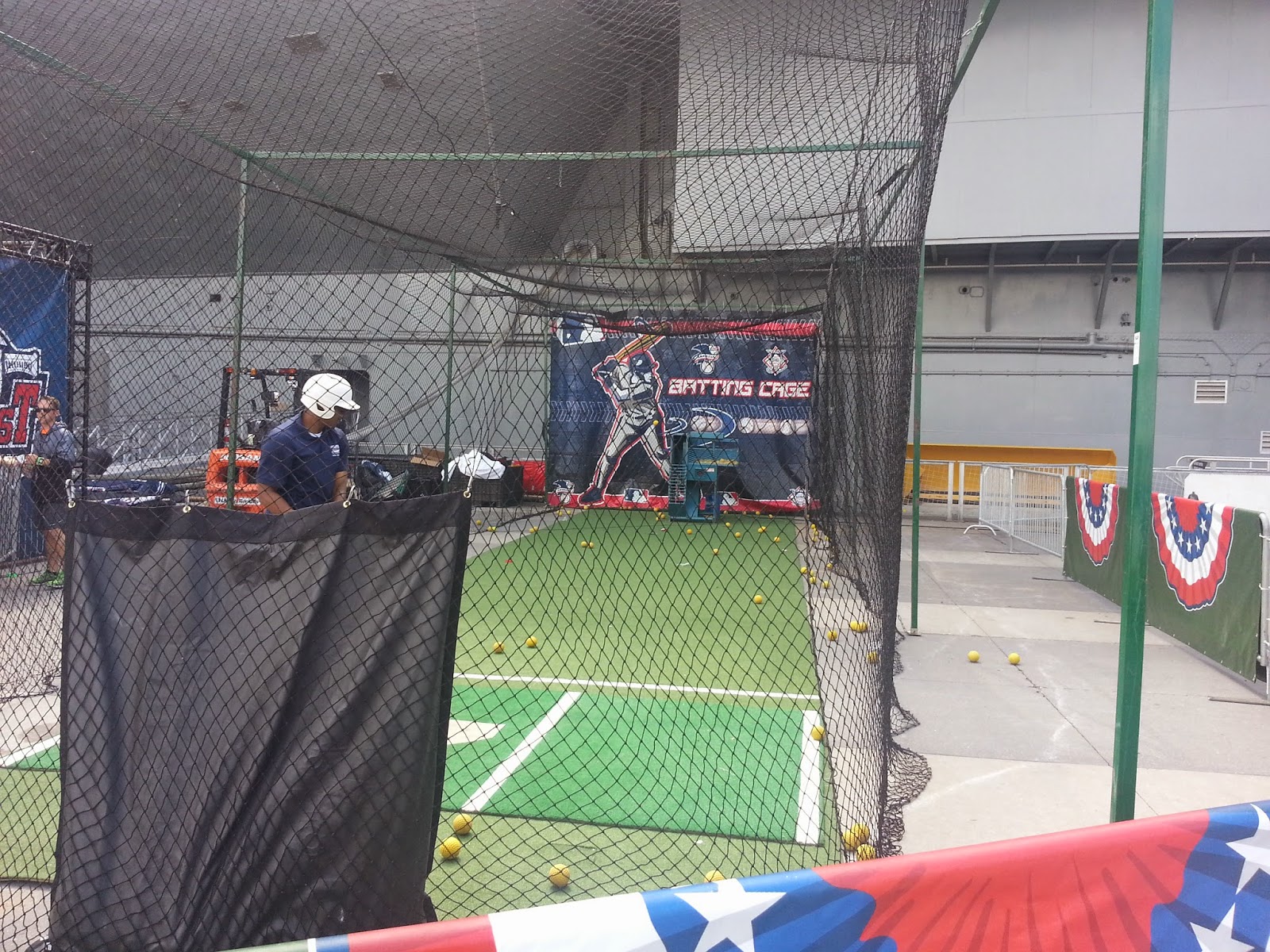 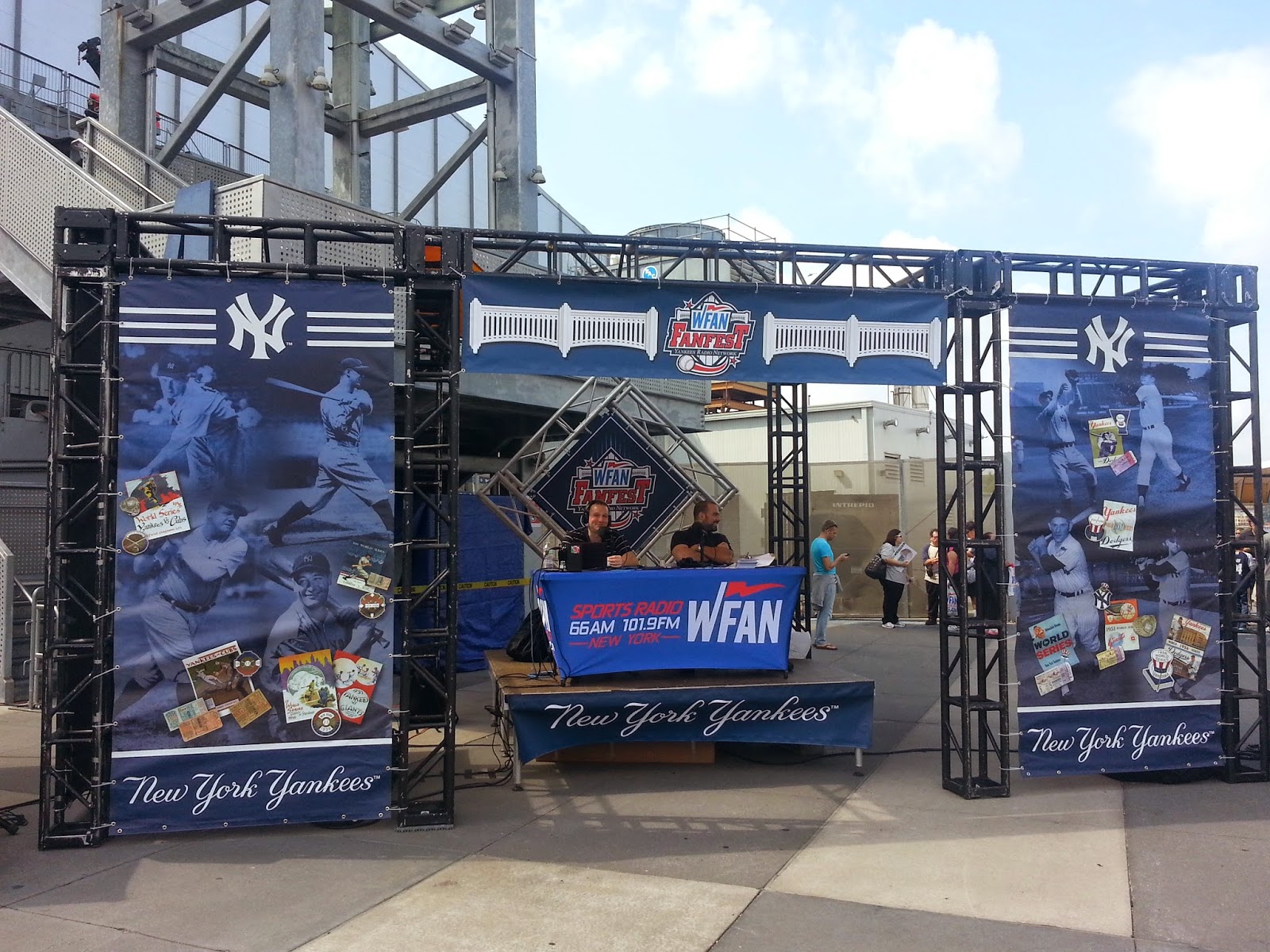 Overall, I had a fun time at this year's Yankees Fan Fest. My main concern really is getting autographs. I got the ones I wanted so I consider my day to be a success. Anything else is just icing on the cake. The icing this year was being able to walk away with a box of those cherry licorice, which I ate in a few weeks. Now, I have a sugar rush and I can't wait until next years Fan Fest for more autographs and free candy.
Posted by Unknown at 9:15 PM