My First Derek Jeter Pick Up 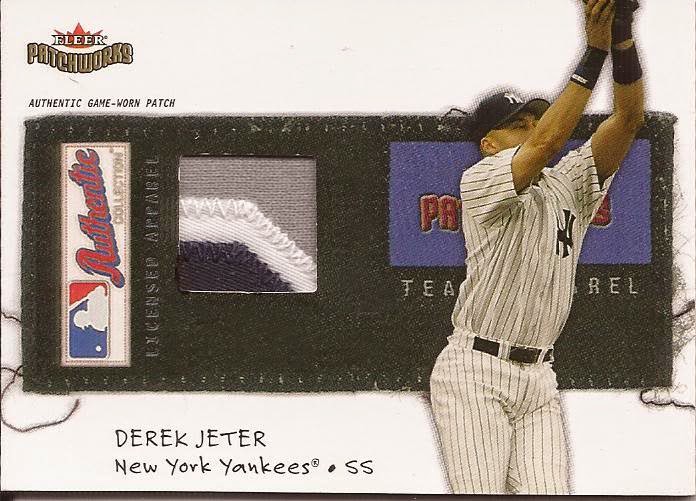 When I first got back into collecting cards back in 2003, one of the players I wanted to collect was Derek Jeter. At that point, Jeter was already an all time great. He had won 4 World Championships, was a World Series and an All Star Game MVP. He was at the top of his popularity, Which was why collecting Jeter was, and still is quite difficult.

Want an autographed baseball? Prepare to shell out over $300.00. His autographed cardboard routinely goes for anywhere from $100.00 to $300.00. Even his game used cards are priced at a premium these days.

Back in 2003, I went to the Hofstra Sports Card show on Long Island. I was looking for anything Yankees, like I still do. I just went in without a game plan and dove into boxes and looked until I found something I wanted and bought it.

On this day, I found this card at a table that had a bunch of other patch cards. I was pretty uneducated about cards, especially patch cards and paid what the lady asked without negotiating. These days, I would have tried to haggle her down from the 30.00 I paid.

Still, regardless of what I paid, it's my very first Jeter pick up as well as my first patch card and it remains in my collection. It's one of my favorite cards in my Jeter collection and I don't see myself parting with it anytime soon. I have since added cards to my Jeter collection, but this one is my favorite.
Posted by Unknown at 7:40 PM