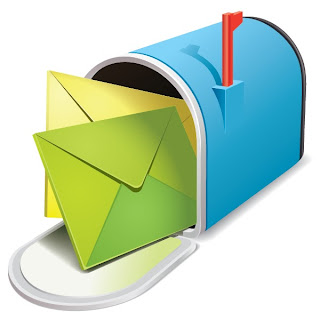 So, after I show all the boxes upon boxes of cards that I haven't organized, I open my post office box to find that sweet yellow slip letting me know I had a package waiting for me to pick up. I kinda figured out what that package was already, although I do have some baseballs out there, waiting for signatures, so it could have been one of them. But once I saw that manila envelope waiting for me I knew exactly what was inside.

My team collectors group have box breaks every few months and we had one just a few weeks ago. The theme was 90's baseball. I know the 90's had some of the coolest inserts, and I love me some inserts. So when it we decided we would break some 90's cards, I was in.

What we broke was the following:

So today, here's what was awaiting me at the post office 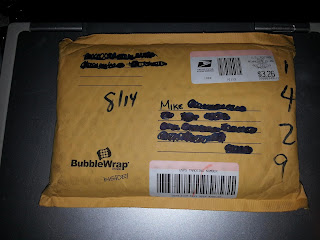 And some nice team bags inside 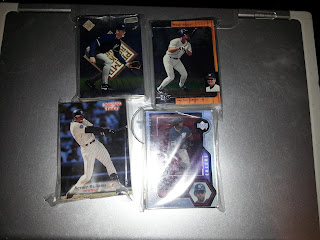 Now, what did I get exactly? Here are the highlights. 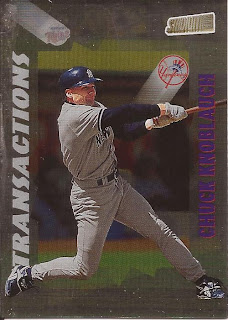 I was thrilled when the Yankees got Chuck Knoblauch. I wish things would have ended better for him here. 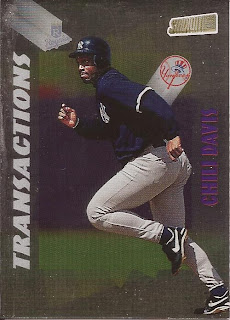 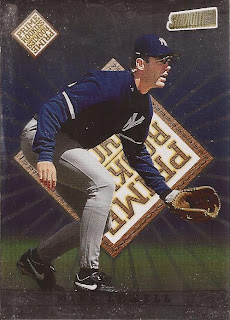 Lowell was a guy I wish the Yankees would have kept. 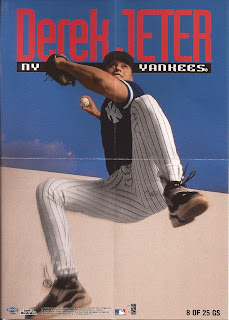 This is not a card, but a mini poster. Not sure what I will do with it just yet, but I'm glad to have it. 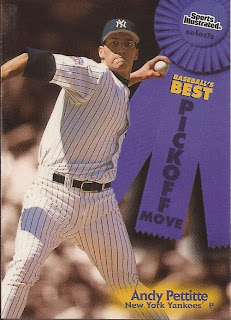 I like this card a lot. Pettitte's pick off was lethal. Runners still are pretty skeptical when taking a lead off first when he's pitching. 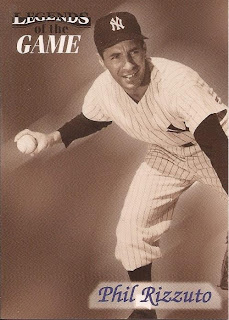 Another card I like a lot. I remember watching Yankee games growing up and Rizzuto was a part of the Yankee broadcasting booth. I loved him. He might not have been the best announcer, but he was sure entertaining. If you haven't seen his Hall Of Fame induction speech, find it. It's a classic. 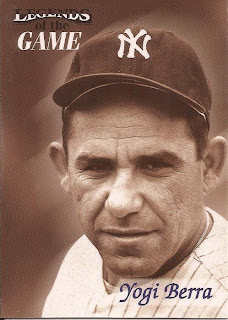 I need to make it to Yankee Stadium for Yogi Bobblehead Day. 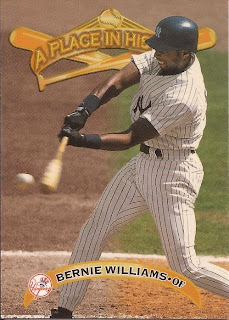 I remember not thinking much of Bernie when he first came up. This is why I am NOT a scout. 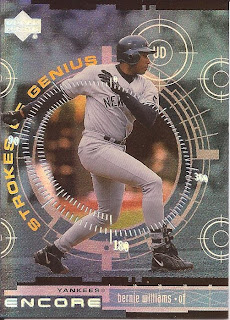 Love this Strokes Of Genius insert. 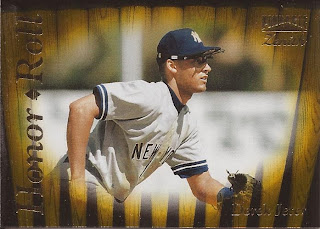 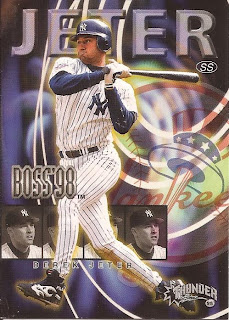 We finish up with some awesome inserts of El Capitan. I love that Boss '98 Jeter insert.

I know what you guys are thinking. "Mike. You busted 90's cards. I know you have some Tino's to show us."

My readers are so smart. 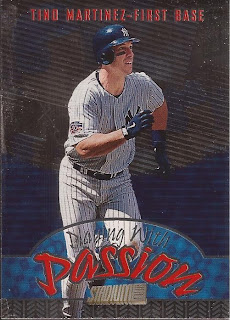 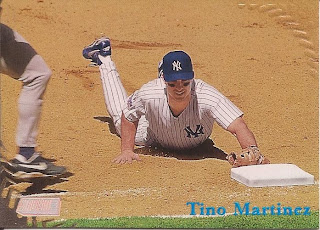 Great action shot of Tino sliding to tag the bag for the out. It's mind boggling. Tino was one of the best defensive first basemen in baseball and he never won a Gold Glove. In the 90's, Mattingly won 4, J.T. Snow won 2, Palmeiro won 3 times. I certainly think Tino could have unseated Raffy for at least one of those. 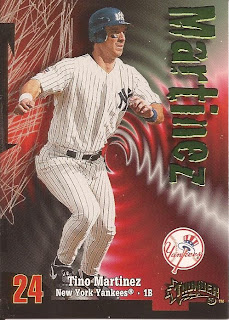 My favorite Tino card in the package. This was not an insert, it was a base card. Skybox made some of the nicest cards back in the 90's. 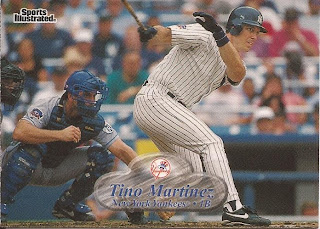 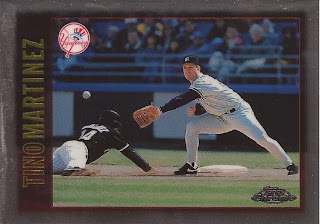 Not sure why that was not cropped properly. I'm getting lazy in my old age. 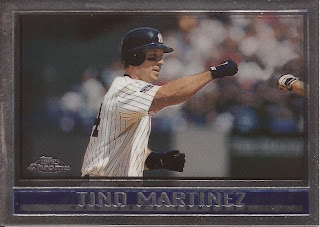 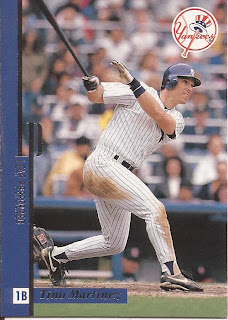 I like the simple design of this card. Very clean. 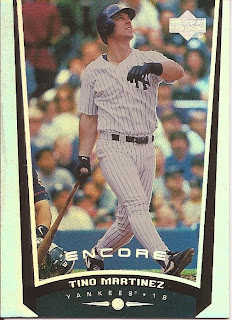 Great shot of Tino watching one of his ball go yard. 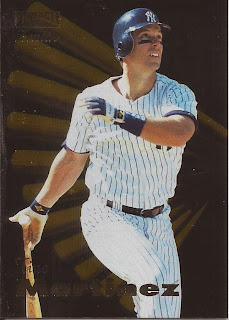 Not sure how many of these Tino's I actually already have, but I can tell you I do not recall the majority of them, so I think I added a lot to the Tino collection.

Not a bad haul, if I do say so myself. May not have netted an autograph or a game used card, but I added some complete Yankee sets to the collection and I am taking my girlfriend's advice and organizing this package to start the organization of my cards.

I better start soon or I will be buried under my cards. Meh, not a bad way to go.
Posted by Unknown at 4:45 PM